Stephen Sondheim, the renowned composer of “Into the Woods,” “Sweeney Todd,” “Gypsy,” “Sunday in the Park with George” and other essential works of musical theater, died early Friday morning, according to Aaron Meier at DKC O&M, the producers of Sondheim’s current production “Company.” He was 91.

Sondheim died suddenly, the New York Times reported, citing his lawyer and friend F. Richard Pappas. Sondheim had just celebrated Thanksgiving with a dinner and friends the day before, Pappas told the Times.

As lyricist, songwriter, conceptual artist and creative force, Sondheim was perhaps without par in the modern American theater. His works encompassed astonishing range: the updated “Romeo and Juliet” romance of “West Side Story” (for which he wrote the lyrics), the travails of a modern group of friends and lovers in “Company,” even the woes of presidential murderers (and attempted murderers) in “Assassins.”

Over the course of his career, he won an Oscar, a Pulitzer, eight Grammy Awards, eight Tony Awards, a Kennedy Center honor and the Presidential Medal of Freedom. The Stephen Sondheim Theater in Manhattan’s Theater District is named for him.

His song lyrics, in particular, were the gold standard of the theater art, whether defiant (“Rose’s Turn”), sad (“Send in the Clowns”), ominous (“Children Will Listen”) or simply clever (“Ah, but Underneath”).

They were sometimes tricky — filled with clever rhymes and challenging meters, perhaps natural for a man who once described himself as “a mathematician by nature.” But they rarely failed to get to the heart of a character.

“What’s funny about Steve’s songs is you think, ‘Oh, this is about something,’ and then you start working on it, and you go, ‘No, it’s about SOMETHING,'” actress Bernadette Peters, one of Sondheim’s leading interpreters, told ABC News in 2010. “It goes even deeper than you imagined.”

Sondheim was particularly good at expressing romantic longing and loss. Songs such as “Send in the Clowns” (from “A Little Night Music”), “Losing My Mind” (from “Follies”) and “Somewhere” (from “West Side Story”) are heartbreaking in their emotion.

“For many theater lovers, there are musicals, then there are Sondheim musicals,” wrote Garry Nunn in the Guardian. “The latter is a category of its own because with Sondheim, every single word, every rhyme has been labored over to the point that it’s mellifluous and articulate (if a little garrulous).”

Indeed, though his work was sometimes criticized as glib, Sondheim said the joy of the theater was touching audiences.

Stephen Joshua Sondheim was born March 22, 1930, in New York, the son of a well-off dress manufacturer and his wife, a designer. His parents divorced when Sondheim was an adolescent, and he moved to Bucks County, Pennsylvania, outside Philadelphia.

Thanks to the tutelage of a friend’s father — lyricist Oscar Hammerstein II of the famed theatrical team Rodgers and Hammerstein — Sondheim, already a musical prodigy, received a master class in play writing.

Sondheim attended Williams College in Massachusetts, where he won a fellowship for his music that allowed him to continue study. After a short stint in Los Angeles — where he wrote scripts for the TV show “Topper,” thanks to a lead from Hammerstein — he returned to New York and embarked on a career in the theater.

His first success, at age 27, was as lyricist to “West Side Story,” with music by Leonard Bernstein. The musical’s famous songs include “America,” “Tonight,” “I Feel Pretty” and “Somewhere.” Though Sondheim later called the lyrics “embarrassing,” the show was a massive hit, running for almost 1,000 performances.

A long dry spell followed, finally snapped in 1970 with “Company,” which ran for more than a year and took home a Tony for best musical. It also marked the beginning of Sondheim’s 11-year collaboration with producer-director Hal Prince, which included such hits as “Follies” (1971), “A Little Night Music” (1973) and “Sweeney Todd” (1979).

“A Little Night Music” produced what is perhaps Sondheim’s best-known song, “Send in the Clowns.”

A bold body of work

As Sondheim matured, no idea seemed too far-fetched for his pen and intellect.

“Company” and “Follies” were notable for their almost plotless presentations; “Pacific Overtures” (1976), about the 19th-century American entry into Japan, was performed kabuki-style. “Sweeney Todd” was a romp about a murderous barber who has his victims made into meat pies.

In the ’80s and ’90s, he wrote a musical about French pointillist painter Georges Seurat, “Sunday in the Park with George” (1984), which won the Pulitzer Prize for Drama. “Into the Woods” (1987), probably his most-performed work, was a recasting of Grimm’s fairy tales. “Assassins” (1990) was an unlikely tale about presidential assassins past and present.

His last new work was 2008’s “Road Show,” about a pair of social-climbing brothers. It never made it to Broadway.

Though his early works, such as “West Side Story” and “Gypsy,” were made into movies, his post-1970 work generally resisted the transition.

PBS and Showtime filmed “Sunday in the Park” for television, a version later released with Sondheim’s commentary. “Sweeney Todd” was made into a 2007 Tim Burton movie starring Johnny Depp, and “Into the Woods,” with a cast including Meryl Streep and future late-night host James Corden, was filmed in 2014.

A new adaptation of “West Side Story” is due out next month from director Steven Spielberg.

Sondheim earned his Oscar for a song he wrote for 1990’s “Dick Tracy,” “Sooner or Later.” A New Yorker to his core, he didn’t attend the ceremony.

The theater, however, was another matter. A 2010 review for his 80th birthday, “Sondheim on Sondheim,” earned rapturous reviews and a reconsideration of his long career. The composer, a reticent man when not waxing rhapsodically about his Clement Wood rhyming dictionary or praising his collaborators, was typically modest about the reaction.

A virtual concert celebrating Sondheim’s 90th birthday and body of work was organized last year amid the global pandemic. The concert, which raised money for Artists Striving to End Poverty, featured appearances and performances from Broadway heavyweights like Lin-Manuel Miranda, Audra McDonald and Patti LuPone.

“It’s been a little too much in the public spotlight,” he told “Fresh Air’s” Terry Gross. “But the outpouring of enthusiasm and affection has been worth it. It’s terrific to know that people like your stuff.”

Some of the many people who’ve performed Sondheim’s work or been moved by it flooded social media with tributes following news of his death.

“Thank the Lord that Sondheim lived to be 91 years old so he had the time to write such wonderful music and GREAT lyrics!” Barbra Streisand wrote. “May he Rest In Peace.”

“Perhaps not since April 23rd of 1616 has theater lost such a revolutionary voice,” actor Josh Gad wrote. “Thank you Mr. Sondheim for your Demon Barber, some Night Music, a Sunday in the Park, Company, fun at a Forum, a trip Into the Woods and telling us a West Side Story. RIP.”

Actor Aaron Tviet said: “Thank you for everything Mr Sondheim. Speechless. We are so lucky to have what you’ve given the world.” 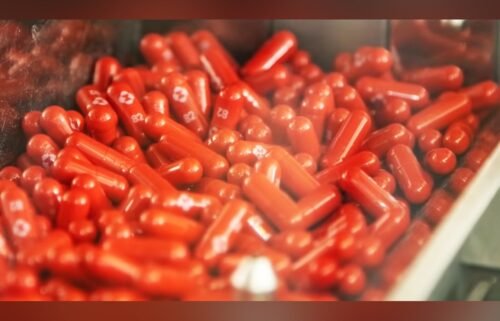 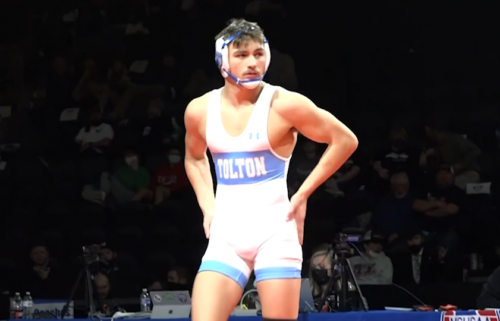