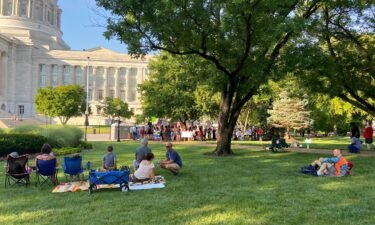 Coke knows that its soda caps often end up as litter. So it’s trying to solve the problem by tethering them to the bottle, at least in the United Kingdom.

Earlier this week, the British arm of the beverage company announced that it has started rolling out new versions of its plastic bottles. The new bottles feature an attached cap, a design that is supposed to make it easier to recycle the whole package at once — and keep caps out of the trash.

Plastic bottles of Coke, Coke Zero Sugar, Diet Coke, Fanta, Sprite, Dr Pepper should all have attached caps by early 2024, the company said. The transition only applies to UK bottles.

“This is a small change that we hope will have a big impact, ensuring that when consumers recycle our bottles, no cap gets left behind,” said Jon Woods, general manager at Coca-Cola Great Britain, in a statement Tuesday.

Plastic waste is a major environmental problem. Plastics break down into microplastics that make their way into the air and ocean, harming marine life. They can end up in our food or lungs, potentially leading to health problems.

It’s also a big public relations problem for companies like Coke. When the company’s bottles or caps end up on beaches or in landfills, consumers recognize them as Coke products, tarnishing the brand’s reputation. As a result, more firms are taking steps to try to reduce their waste.

Companies have more to worry about than their reputations and the health of the planet — there’s also the threat of government regulations. The European Union, for example, is requiring that caps be attached to some plastic bottles as part of its directive on single-use plastics. Companies have until the end of 2024 to comply.

Coke’s latest move in the UK is part of its global “World Without Waste” initiative, which lays out a 2030 goal of helping to collect and recycle empty bottles or cans for each one the company sells. It also plans to make its cans and bottles with 50% recycled material by 2030, and to make packaging 100% recyclable by 2025.

“Whether their plastic caps are tethered or not, the company still produces billions of throwaway plastic bottles every year, harming our environment, our communities and our climate, and impacting our health,” said Graham Forbes, global plastics project lead at Greenpeace USA.

Rather than focus on recycling, an imperfect solution, many environmentalists advocate a switch to reusable containers.

“If they truly want to solve the plastic and climate crisis, Coca-Cola must focus on reducing plastic by doubling its reuse and refill packaging target to 50% by 2030,” said Forbes. 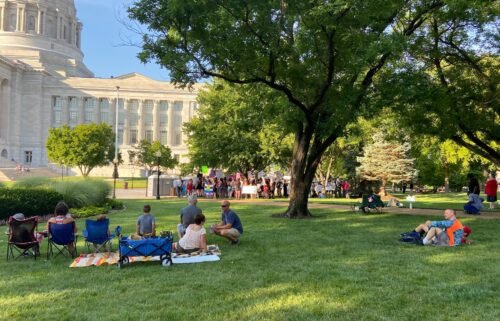