TONIGHT: Mostly cloudy with scattered showers. Lows in the mid-30s.

TUESDAY: Scattered showers and chilly. Highs in the upper 30s. Rain changes to snow by early evening. Most areas will see about an inch or less of accumulation.

EXTENDED: Snow showers taper off from west to east early Wednesday morning, leaving a coating of snow for the morning commute. Slightly higher amounts will be possible along and north of Highway 24 where a Winter Weather Advisory is in effect. The rest of the week is cold with highs only topping out in the 30s through Friday. There could be another clipper system that dives south Thursday night into Friday, but no accumulation is expected at this time. We see a gradual warm up by the weekend, with highs on Saturday making it to the 40s, and 50s by Sunday. 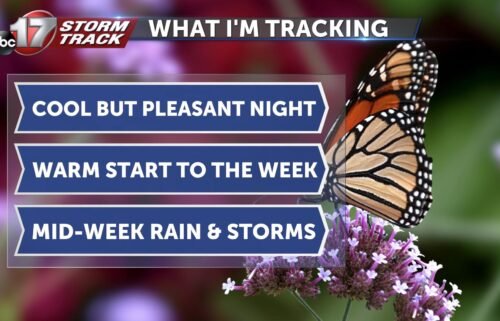 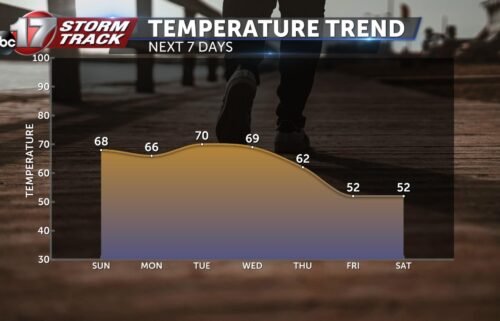