The winter season is quickly approaching, and that means we're going to start seeing more than just rain. We'll start to experience freezing rain, sleet, and snow as well. But how does it form? What are the conditions needed in order to experience these types of precipitation?

First off, almost all precipitation starts off as snow in our upper atmosphere. As we get higher into the atmosphere, our temperatures for the most part get cooler and cooler. This means that our temperatures where precipitation is forming are below freezing, so most of the water up there is going to be existing in a frozen state. For rain to fall, the snow starts by falling down into the lower atmosphere. As it falls, temperatures start to increase, until they get above freezing and stay there. The snow has enough time to melt, and therefore, as it reaches us as liquid, or better known as rain.

Now for freezing rain. It goes through the same process as rain, but at the base of the atmosphere, where we are, the temperatures dip back into below freezing temperatures. As the rain falls into this below freezing layer, it wants to freeze, but it doesn't have enough time to do so. So you might wonder, how does it become "freezing rain"? Well, it's not the precipitation that's freezing itself, but the precipitation hitting any surface that is below freezing causing that change to occur. This is why freezing rain can be one of the most dangerous types of precipitation. As it's falling, it looks like rain, causing people to get the idea that it couldn't be causing any hazards. But it's quite the opposite. Freezing rain causes conditions like "black ice" on roads, since the roads are below freezing. That ice is hard to see, and again, doesn't become ice until it hits the ground, making driving conditions much more dangerous than they seem.

Sleet is the same process as freezing rain, but it actually gets enough time to start the re-freezing process. There is a bigger layer of below freezing air as the raindrop falls, so it gets a chance to freeze back up. But, it still doesn't get enough time to freeze fully, causing it to be a "slush-like" drop as it hits the ground. This can still cause hazardous road conditions because of the creation of lack of friction on the streets. This type of precipitation can buildup in the streets and cause areas of low traction.

Finally, we have snow. Snow never gets a chance to go through the process that any of the other precipitation types do, so it stays in the same state the whole way down. The air from where the snow starts to fall all the way to the ground stays below freezing. Snow thickness and type can vary depending on the amount of our moisture in our atmosphere. If we have more moisture, you start to see those thicker, heavier snowflakes. Where if you have less moisture, you see more of the light, dusty snowflakes. Either one can cause hazardous road conditions depending on the amount of snow present. It lowers traction, and can even cover areas where precipitation like rain froze over a certain time period.

No matter the type of precipitation this winter, don't take it for granted. Every type brings their own dangers, and if caution isn't taken, serious accidents could occur. Be safe, stay warm, and maybe even quiz yourself on what's happening the next time you see winter precipitation! 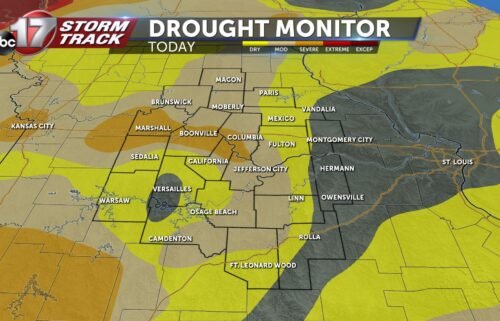 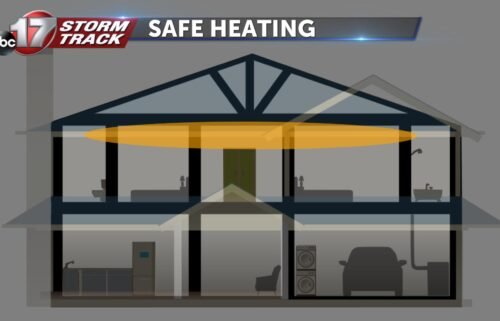