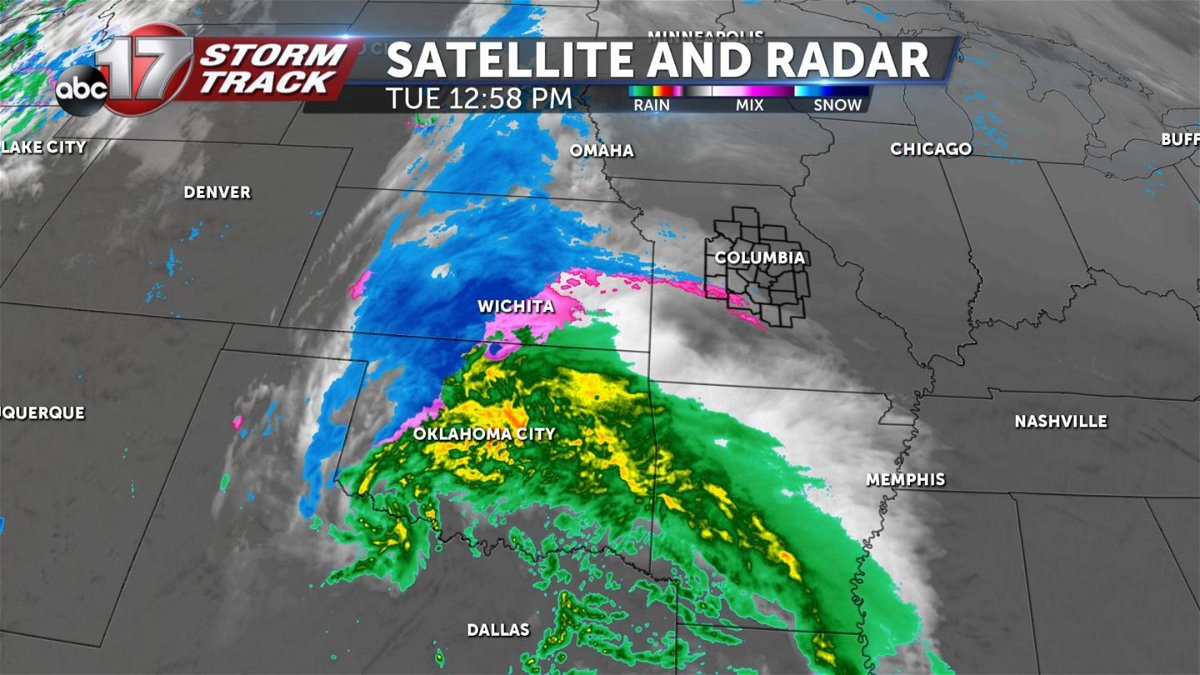 Winter Weather Advisories go into effect for the counties shaded in purple from 6pm this evening until 12pm.

A potent upper-level trough, which has already dropped 8-13" of snow across the south-central plains is kicking eastward towards mid-Missouri this afternoon.

Precipitation is expected to remain fairly light but steady overnight-- higher accumulations are expected along and south of HWY 50 by Wednesday morning.

Snowfall will increase late Tuesday evening, from south to north. Temperatures will be in the upper 20s and low 30s curbing accumulation at first, but will begin to add up as intensity of the snowfall increases.

The heaviest snow will fall between 10pm and 5am. Lighter snow showers will continue through 1pm. Right now, counties along and south of highway 50 look to see the best chance for accumulating snowfall.

1-3" is possible for places such as Osage Beach, Camdenton, Rolla, Linn and Warsaw with lighter amounts as you head further to the north. As you approach the I-70 corridor, amounts of 1" or less are expected.

As previously mentioned, the timing of this storm system makes this storm the trickiest to navigate. Our weather team is expecting decent Wednesday commute conditions for Columbia and points north, but conditions will generally deteriorate as you head further and further south in the viewing area.

Building in extra time for your commute Wednesday is recommended at this time, especially for our counties which are expecting more snow.