Temperatures reached into the upper 60s Monday afternoon giving Mid-Missourians a taste of Spring. Although it's only heading into the second half of January, a look into Spring is coming into focus slightly more and more each day. One thing often overlooked by many people is snow pack.

Although there is no snow on the ground in Central Missouri, other places around the United States is seeing various amounts of snow pack.

A great portion of the Dakotas' and Minnesota are seeing over a foot of snow on the ground showing greater than average snow pack from what we have seen the past several years. If this area can keep this snow pack or increase its totals, then many aspects of the economy and wildlife will see a positive impact come this spring. Snow pack acts as a water reserve. In cases of drought, slowly melting snowfall in the spring can aid and cure drier cognitions as the ground can much more efficiently saturate correctly.

The Great Lake region and areas to the northeast are seeing a different result from that of the northern regions of the Great Plains and Midwest. There is not currently much snow pack to the region showing a dreary outlook at the moment.

Temperatures extending from the 8-14 day away time period are showcasing a cooler than average trend while areas around the Great Lakes are closer to average showing some hope for temperatures to remain close enough to freezing to allow for precipitation to fall as snow.

Another positive into the extended outlook shows wetter than average conditions for most of the United states which would allow for the proper moisture needed for these snow showers which can help cure drought conditions seen the last several months. 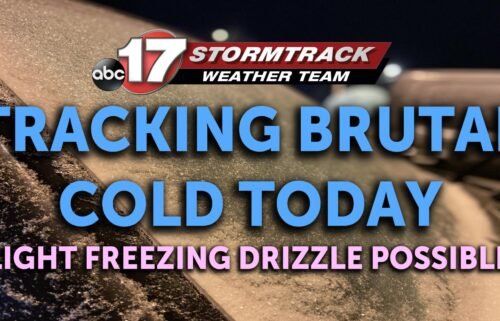