"We always bank on a drought about one out of every 10 years. Oddly enough, 2012 was our last bad drought and here we are 10 years later."

Andy Clay's family has been farming corn, soybeans, and raising cattle along the Missouri River Bottom in Moniteau County for more than 200 years, seeing their fair share of unrelenting dry conditions and flooding. A wet and cold spring forced a late plant, but by July, Clay said they started feeding livestock hay almost 4 months earlier than normal.

The lack of rain has been a problem across much of the country, with about 60% of the continental U.S. in drought conditions currently.

"It's really concerning," said Clay. "Really, the barge traffic is our biggest concern, from our input costs to get fertilizer in this time of year at harvest, to trying to get our grain shipped out. If we do not start having either water released or getting rainfall to where we can keep the product moving, it is going to become a big issue.

River levels across the Midwest have been at their lowest in the last several years this fall, and across Missouri we have been abnormally dry or in drought conditions since the middle of June.

"Between Jefferson City and St. Charles, we're looking at flows in the upper 30s to low 40s in terms of cubic feet per second, which is in the lowest 20th percentile of flows that we see on the Missouri this time of year," said St. Louis National Weather Service Hydrologist Mark Fuchs.

At last check, water levels on the Mississippi and Missouri rivers have been close to low-stage marks, under 6 feet in some areas.

"Typically the lowest flows on the Mississippi at St. Louis are reached between December and February, and we see a lot of them around the first of the year or early January, so something we will be keeping an eye on as far as barge traffic particularly. But also other concerns like utilities, power plants withdrawing out of both the Missouri and Mississippi in the months ahead," said Fuchs.

Climate Central reports Missouri has a medium drought vulnerability, weighing how prone the state is to drought and whether it's prepared for impacts.

When asked about the role of the changing climate in dry or wet years, Fuchs said over the last 20 years we have seen severe droughts, but the duration is shorter. On the other hand, this part of the country has seen more significant local flash flooding events over the same time frame.

Projects like the upcoming Roy Blunt Reservoir in Sullivan County, Missouri, could help with the water supply during unusually dry years.

"This is certainly one of the areas of the state that whether you're looking at 2012 or 2018, we really saw the impacts of drought. When you get north of the Missouri River, we really rely on surface water reservoirs for that water supply," said Director of the Missouri Department of Natural Resources Dru Buntin.

The Climate Prediction Center is tracking continued drought with some improvement over our area through the end of January, but much of the country will only get drier this winter. 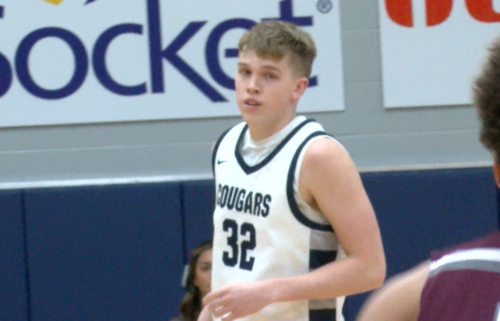