Before I start breaking down the science behind carbon release, I want to put out a disclaimer that I am knowledgeable on science...not politics. I'm here to tell you about how carbon emissions can affect the atmosphere from any type of source including, but not limited to, oil mining. In this case, it is considered mining instead of drilling as the sand/oil mixture is a solid to start out the process. Drilling typically refers to the process for retrieving liquid oil.

Many of us have heard about President Biden's role in halting work on the Keystone Pipeline as part of his efforts to save the atmosphere. The current pipelines from Alberta, Canada where the tar sands oil is planned to be harvested from runs down to Texas where the oil is refined. There also are break off pipelines that run through Missouri all the way to Illinois. The proposed keystone pipeline takes a more direct route from Alberta to Texas.

CO2 molecules are naturally found in the atmosphere, and they naturally trap water vapor molecules which leads to the trapping of heat in the atmosphere. It's necessary for our greenhouse gasses to trap heat for Earth's surface so we can survive, but when too much heat is trapped, it can cause issues for our natural Earth. That is why CO2 emissions are so closely monitored; If there's too much CO2 in the atmosphere trapping water molecules that trap heat, then our planet will warm.

It's important for us to find a balance between using our resources and protecting our resources, and it's up to each individual to determine how they chose to do so. If you're interested in reading more from the sources I used, follow the links below. 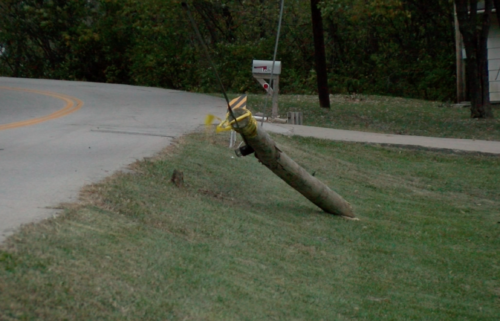