Rain has moved in as this latest area of low pressure starts to scoot in.

Based on where we are situated, ahead of this center of this counterclockwise circulation, temperatures are trying to hold steady. This will make it hard for frozen precipitation to make it to the ground without melting. The big thing we'll be tracking throughout the morning, is just how well it holds.

The thing that is often the wildcard in these situations is how much a process called “evaporative cooling” occurs. As precipitation falls through the atmosphere, it will take heat out of the air, cooling temperatures. As this happens, it allows that wintry mix of freezing rain and snow to get closer to the ground, possibly reaching all the way down.

It looks like along and south of I-70 should just see a cold rain throughout the morning. It's possible some sleet could mix in at times, but should be inconsequential.

Roads could become slippery along HWY 36 and some of our farthest north communities. Take it easy as far south as HWY 24, because some isolated slick spots will be possible, especially untreated surfaces.

Where it does remain all liquid, some moderate to heavy rain will be falling, with even a rumble of thunder possible in our southern counties.

A Flash Flood Warning has been issued for parts of Phelps, Pulaski, Camden, Miller and Maries Counties until 9:45 this morning. We've had reports of low water crossings struggling to keep up with the heavy rain falling. If water's over the roadway, turn around, don't drown!

Any issues are expected to be relatively short-lived. The problems will be primarily this morning, when the precipitation is the heaviest. That will taper off into this afternoon, before another wave of light snow will conclude this system overnight. 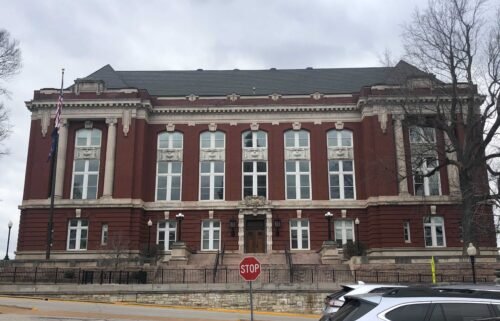