Cold and snowy weather got off to a quick start in November across mid-Missouri, but things have never really gotten back to that point ever since. We almost hit 70 degrees on Christmas and had several similar warm spells in January.

Temperatures have run nearly 3.5º above average since November 1st.

In between it's been extremely wet-- our 6th wettest start to the winter season since record keeping began in the late 1800s. This could actually be one of the key features that's actually kept our temperatures above the normal.

Typically, a warmer atmosphere is one that's more moist-- and we've been JUST cold enough the past several weeks to see these walls of water yield just enough cold air to see snowfall. The upcoming event on Wednesday will be no exception with a sloppy wet mix of rain and snowfall expected.

Something different, which we haven't seen much of, will be the arctic air set to crash in on Thursday. This could help enhance snowfall accumulations Wednesday night, but for the most part, the meaningful moisture will have already passed.

You may have also noticed how most of these snow storms haven't been crushers like the one we saw last January.

Most of the snow events so far have been fairly tame, but cause just enough of a headache to slow mid-Missouri down. These smaller scale storms could also be due to a lack of arctic influence.

So far this winter, that has been missing.

The arctic air set to spill south Thursday... does it last?

Nope. Much like this year has been, it's expected to move out within a day or two.

We're likely going to see temperatures jump well above average by the end of the weekend and early next week.

Spring is now less than 40 days as well. It seems that winter's days are numbered. 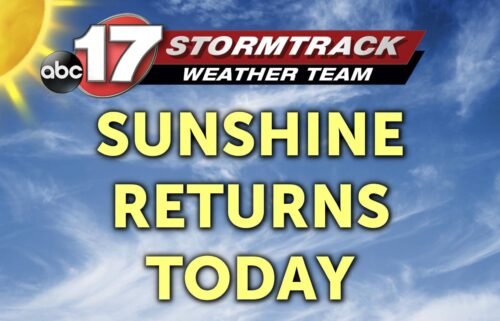