SUNDAY NIGHT: Showers and thunderstorms will be headed our way and enter the viewing area around midnight and could linger into the morning commute. The highest chances for severe weather are barely stretching into our southernmost counties, which are under a slight risk for severe storms. The rest of mid-Missouri is under a marginal risk for severe weather. Most of the severe activity with this storm will be south of the I-44 corridor but it is a good idea to stay updated using the free ABC 17 Stormtrack Weather App. Overnight low will be in the lower 50’s.

Monday: Showers may linger in the area through the early morning as the cold front moves eastward, out of mid-Missouri. By Monday afternoon, temperatures will reach the low 60’s thanks to a cool down from the cold front that moved through early in the morning. Winds will be prominent, gusting to near 40mph in some areas.

EXTENDED: Tuesday will be a bit cooler with highs only reaching the mid-upper 50’s but the warmth will return on Wednesday putting us back in the mid 60’s with more sunshine. Our next system will be rolling through later in the week. 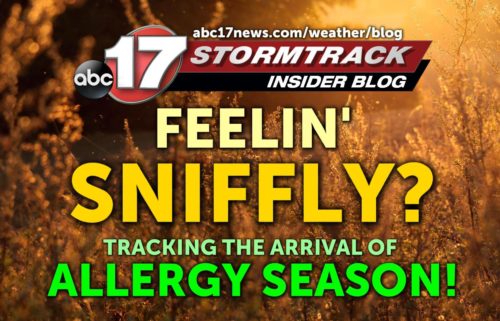 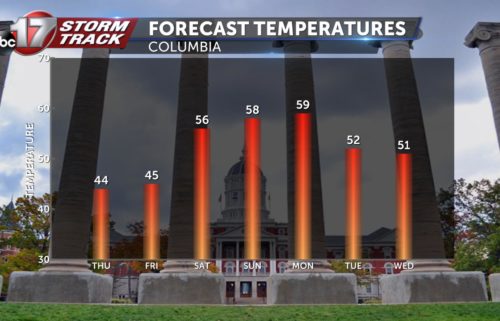