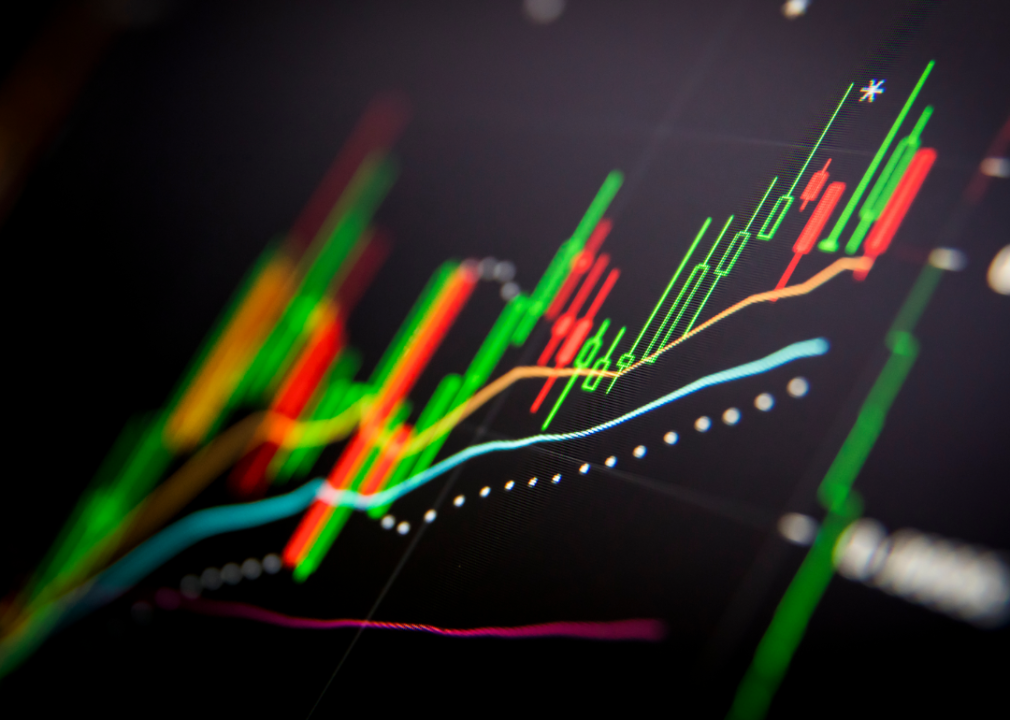 Cryptocurrency burst into the American lexicon in the late 2000s as an alternative to central bank-regulated fiat currencies. More than a decade later, the nascent digital currency is coming into its own as a mainstream asset watched and traded by investors around the world.

Americans’ online research into Bitcoin—the earliest cryptocurrency—apparently peaked in late 2017, according to Google Trends search data. Interest spiked again at the start of 2021 as young retail investors hyped up video game retailer GameStop’s stock and plowed their government stimulus checks into the markets. It was against this backdrop last year that public attention was drawn to other alternative assets like crypto and the emerging world of non-fungible tokens (NFTs).

But despite the recent speculative boomlet, crypto has existed since 2009, when Bitcoin first burst onto the post-2008 crash scene. The identity or identities of its creator–or perhaps creators–who introduced the first digital currency under the pseudonym Satoshi Nakamoto is one of the greatest mysteries of the Internet age.

Unlike the greenback or other paper money, crypto is an entirely virtual currency. It doesn’t exist in any tangible form except as numbers on a computer or server somewhere. Each denomination of a cryptocurrency—or each “coin”—is stored on a permanent ledger called the blockchain. The blockchain is a novel form of database that creates a secure and, in the case of Bitcoin, a publicly transparent digital record of transactions; however, there are other forms of cryptocurrency that promise more privacy than Bitcoin, such as Monero (XMR).

NFTs also utilize blockchain technology to create a truly unique identifier for a digital product like an image or a video that can be traded and owned. This has opened up new online revenue streams for digitally authenticated sports collectibles and athlete-endorsed memorabilia.

For better or worse, blockchain technology has introduced a level of scarcity to the internet. In the past, the internet was heralded as a frontier where everything was free and duplicatable. Now, blockchain tech allows for ownership of digital things by saying essentially: “There is only one authentic version of this thing, and it is the version attached to the unique identifier I purchased.” The introduction of scarcity via NFT blockchains has been a game-changer for modern artists—especially digital animators. NFTs exploded in popularity in 2021, seeing $30 billion in total investment over the year, according to a May report by blockchain research firm Chainalysis.

Somewhat similar to an asset like gold, Bitcoin has grown to become a preferred store of value for many investors today. There are estimated to be thousands of other cryptocurrencies utilizing blockchain tech, but Bitcoin has remained the most prevalent and valued.

The crypto market is currently experiencing a downturn; or, as crypto champion and billionaire Dallas Mavericks owner Mark Cuban has recently suggested, cryptocurrencies have flown too close to the Sun, propelled by the “easy money” and low-interest rates of the last two years—and now the market is finding a more reasonable price point.

Most importantly, crypto may draw closer to its original purpose as set out in the Bitcoin white paper published anonymously on October 31, 2008—serving as a trustless and privacy-enhancing medium of exchange rather than a speculative instrument. Trustlessness essentially means that, unlike with a regular bank wire or deposited check, no third party is supposed to be able to put a hold on the funds wired between the two parties.

To better understand how we arrived here, PennyWorks compiled this list of 10 statistics about digital assets using research from across the internet, including CoinMarketCap, CoinGecko, and PitchBook. 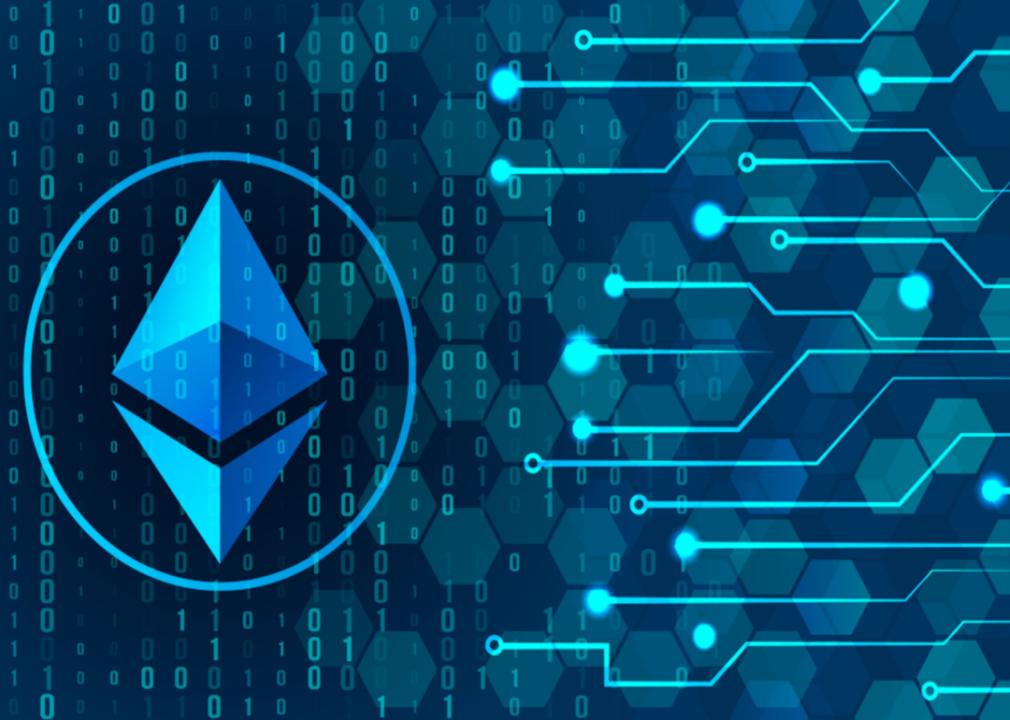 Over $23 billion in Bitcoin is traded every day

A vector displaying the Etherium logo

There is an immense amount of value moving through today’s cryptocurrency markets.

In Bitcoin alone, $23 billion worth of the currency changes hands every day, according to CoinMarketCap data. Ethereum is the next most-traded cryptocurrency in the world, seeing $17.8 billion in trades daily. 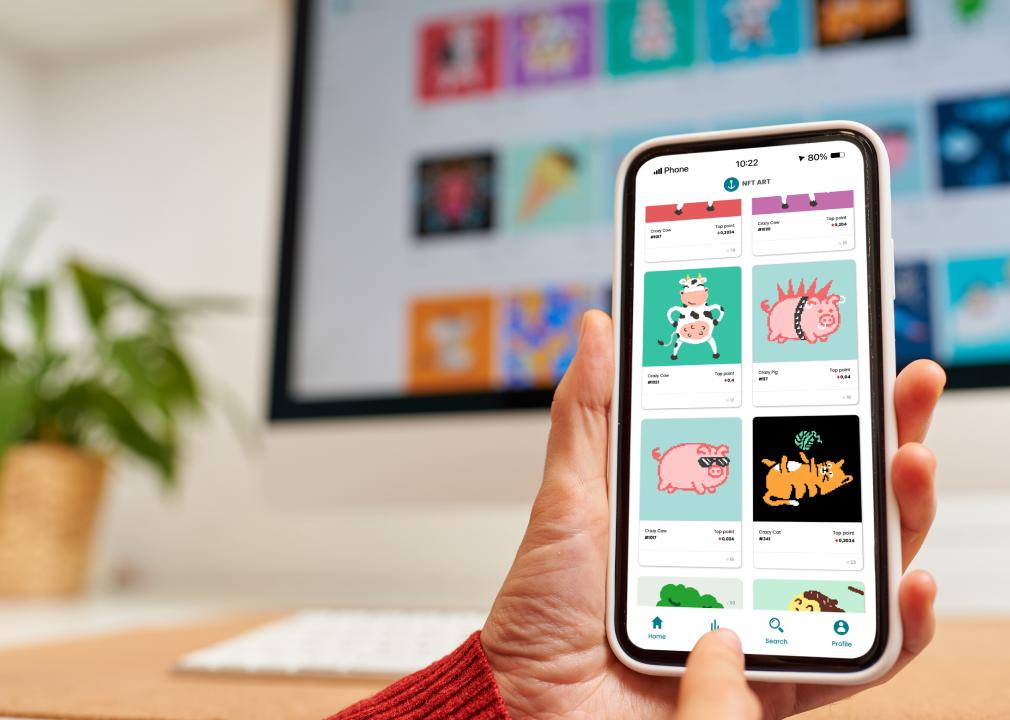 There have been 37 million NFTs sold since 2017

Close up of an NFT marketplace on a mobile phone

The NFT collection perhaps most associated with the industry is Bored Ape Yacht Club‘s 10,000 unique images of cartoon primates. But the world of collectible digital art hasn’t always been dominated by illustrations of monkeys in hats.

The first-ever NFT sold was an animated, oscillating geometric shape in .gif format. It was minted on the blockchain in 2014, and sold for $1.5 million. Some of the most valuable NFTs sold over the last year were illustrations belonging to the CryptoPunks collection, one of which went for $24 million. 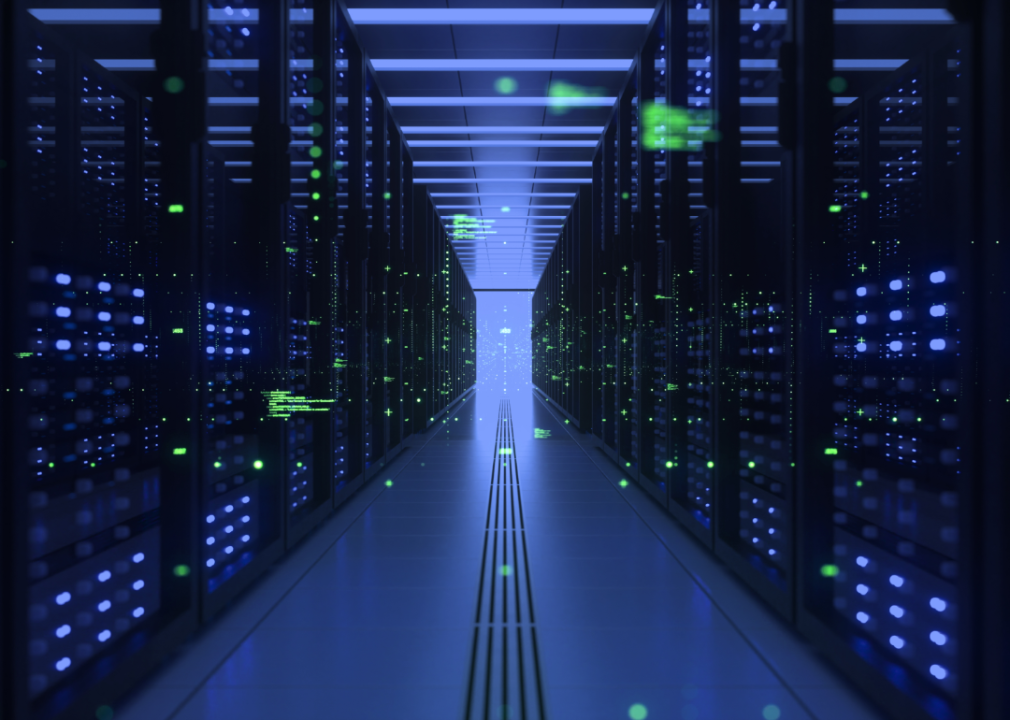 There are over 20,000 different cryptocurrencies

The number of different cryptocurrencies out there is a little mind-boggling—though experts predict the industry will see considerable consolidation over the coming years. It’s estimated that thousands of cryptocurrencies have already collapsed into obscurity, but roughly 10,000 are still actively traded, according to Investing.com.

Tether, USD Coin, and Binance USD are so-called “stable coins’ that attempt to track the value of the U.S. Dollar. These are intended to be a stable, decentralized, digitally-liquid alternative to the dollar but are often used by crypto investors to move in and out of digital assets.

Ether emerged in 2014 and has risen to be investors’ favorite crypto alternative to Bitcoin. The currency lives on its own proprietary blockchain software called Ethereum, which also doubles as a development sandbox for virtual and video game environments. In recent years, Monero has emerged as the choice of privacy advocates, hackers, and illicit sales on the dark web. 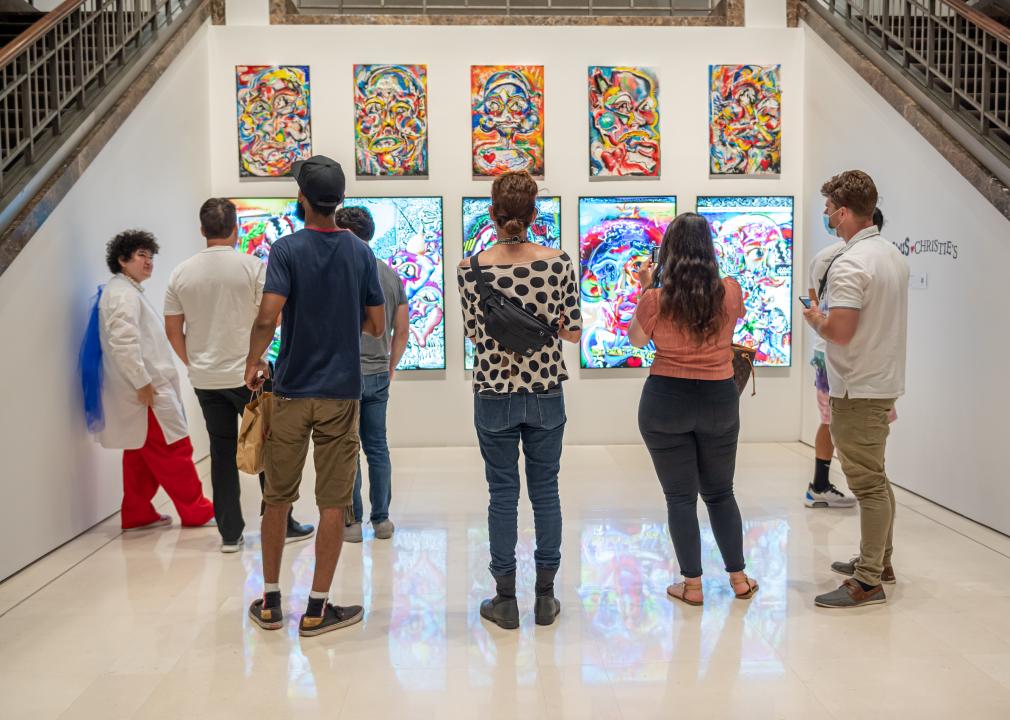 The most expensive NFT sold for $91.8 million

The most expensive NFT ever sold is the brainchild of a renowned digital artist that goes by the pseudonym Pak. The sale was heralded as validation of the NFT industry as a viable ownership model for digital art. The collection included more than 312,000 individual pieces of art, which were purchased by nearly 30,000 individual investors.

Before the record-setting sale of the NFT collection—titled “Merge”—Pak was known for creating Archillect, an AI that automatically curated and shared images matching popular aesthetics across social media platforms.

While the digital art world has commanded top dollar with NFTs, the sports memorabilia world has also embraced blockchain technology to authenticate autographs and trade digital collectibles. Sports NFT transactions are forecasted to just about double year over year in 2022, accounting for $2 billion in transactions, according to a report from Deloitte. 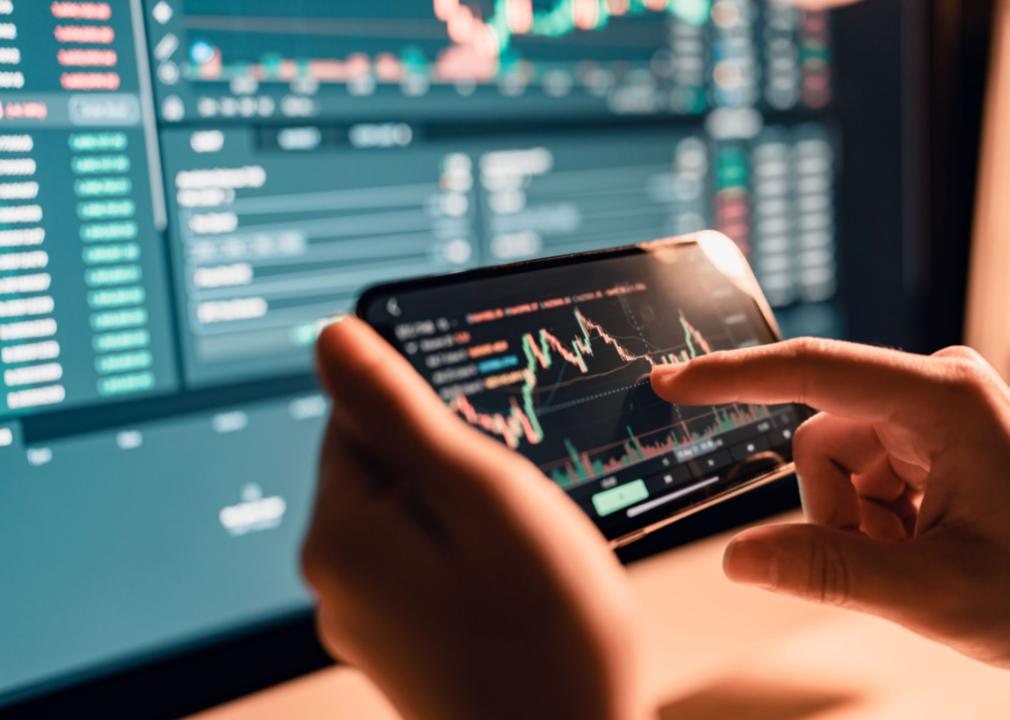 A woman checking Bitcoin price chart on a smartphone

At the top of its 2017 bull run, Bitcoin was listed on the world’s largest futures exchange for the first time, opening the digital asset up to even more widespread adoption by retail investors. In late 2020, Bitcoin’s run-up in value was similar to the stock market’s, which was boosted by coordinated central banking policies meant to support prices and overcome pandemic-driven demand shocks. 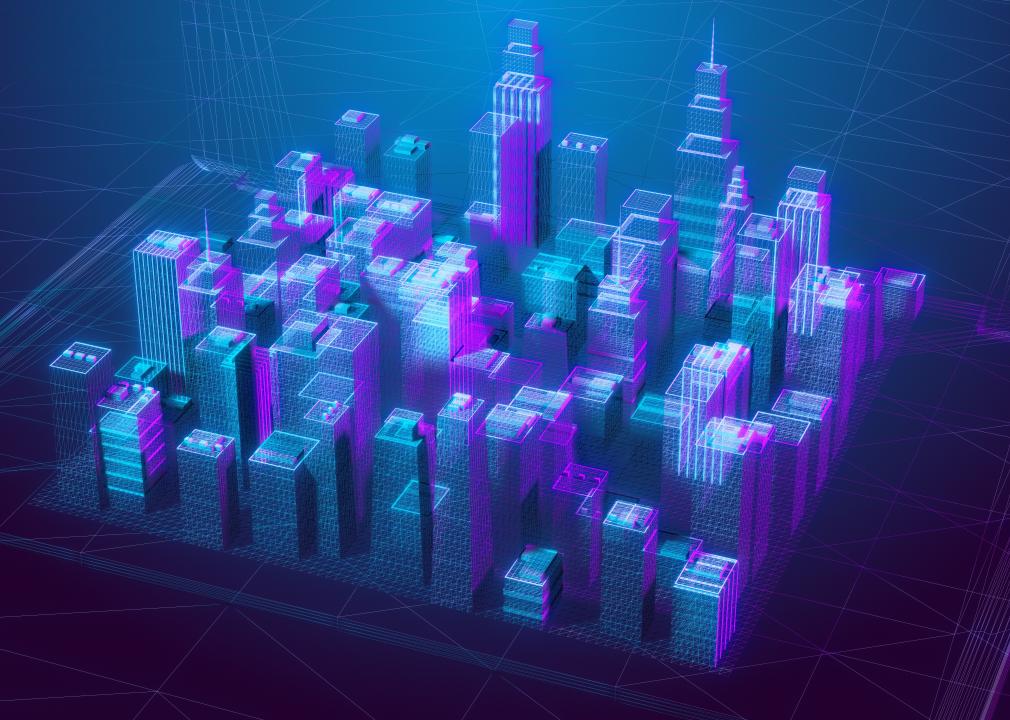 One company paid $4.3 million for real estate in the metaverse

Illustration of virtual metaverse land minted on the blockchain

At the height of crypto enthusiasm in autumn 2021, a company called Republic Realm dropped $4.3 million on property in a virtual game world called Sandbox, built on the Ethereum blockchain. Republic Realm was rebranded as EveryRealm this year and now boasts an investment portfolio of more than 100 virtual real estate developments.

It was considered the largest public virtual real estate transaction in history – though it isn’t a long history. In 2006, virtual land was sold in a virtual world that was popular at the time called Second Life. Sandbox claims it has around 300,000 monthly active users and has struck partnerships with the likes of Snoop Dogg and Adidas. 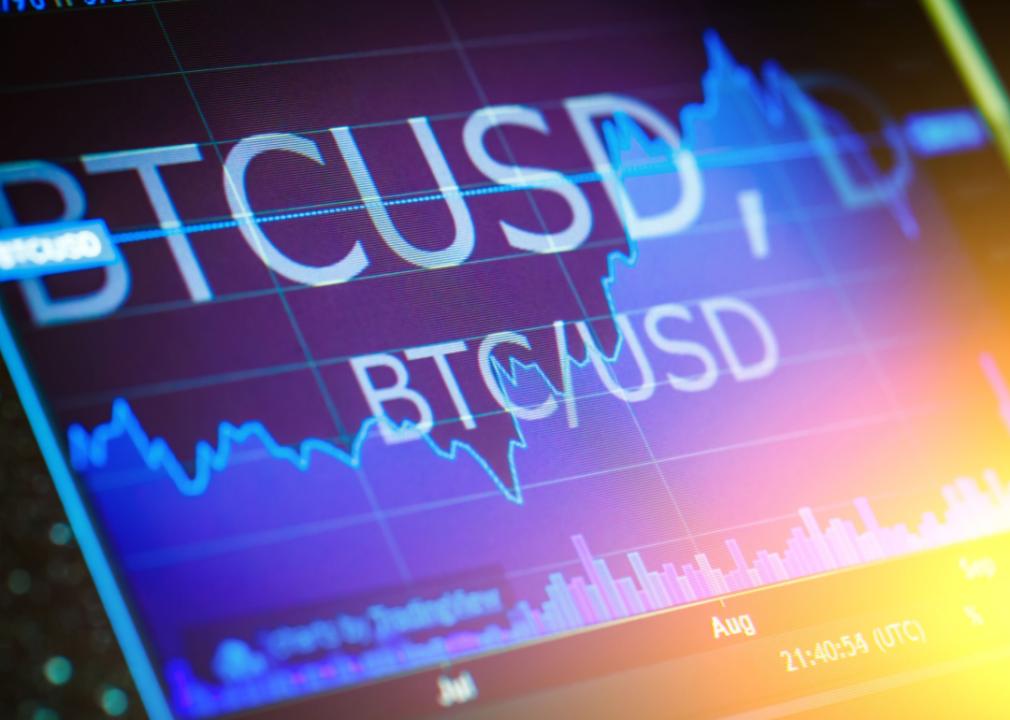 MicroStrategy, Tesla, Square, and Nexon are the most recognizable publicly traded companies that have added Bitcoin to their balance sheets, according to CoinGecko.

Some of the other companies with the largest amount of capital invested in Bitcoin, like Galaxy Digital Holdings, which owns $134 million in Bitcoin, are crypto investment firms. 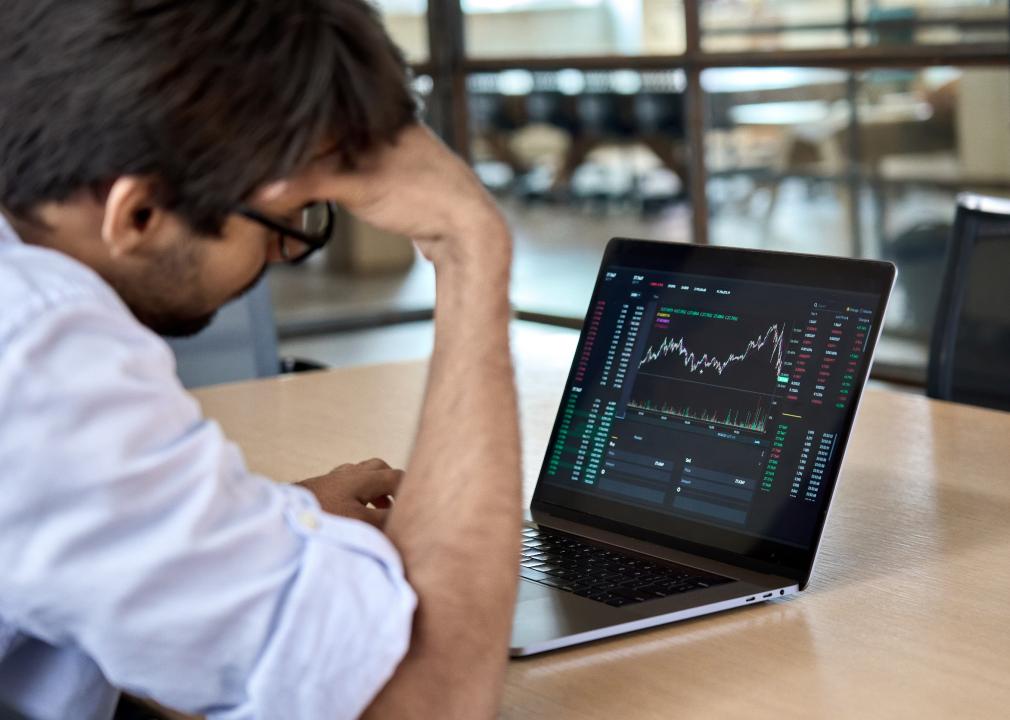 Venture capital-backed crypto and blockchain companies have appeared resilient in their valuations, despite the sometimes volatile nature of digital assets.

Through April 2022, venture capitalists were on track to pump even more capital into late-stage crypto firms than they did in 2021. However, the bankruptcy filings of Celsius and Voyager Digital exchanges, as well as the flight of executives from the collapsed crypto hedge fund Three Arrows Capital, have spooked investors.

Since early May, more than $700 billion in value has been wiped off crypto markets amid a mass sell-off. Still, the price of Bitcoin today, for example, hovers around $20,000—levels last seen at the end of 2020. 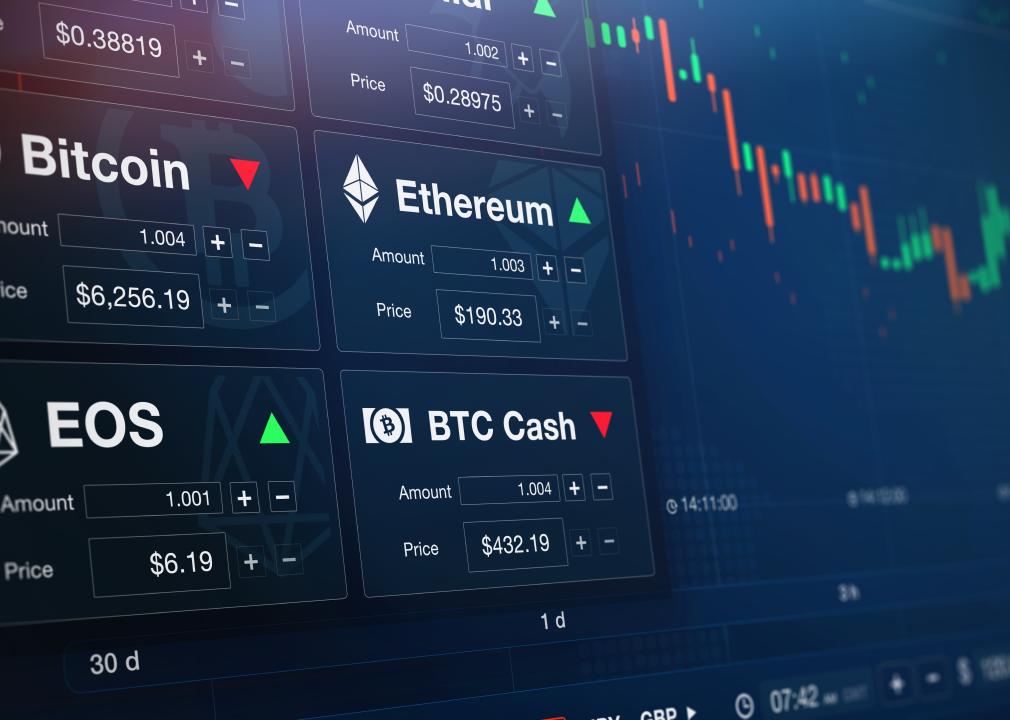 52% of institutional investors worldwide have invested in digital assets

Digital assets were once described as alternative investments; however, as a majority of institutional investors have now invested in them, that may no longer be the case, according to a 2021 report from Fidelity Investments’ digital assets arm.

A majority of the same investors surveyed by Fidelity in 2021 also said the price volatility of digital assets like Bitcoin was a major barrier to entry for investors. Institutional investors in Asia hold more digital assets in portfolios than investors do in Europe and the U.S. 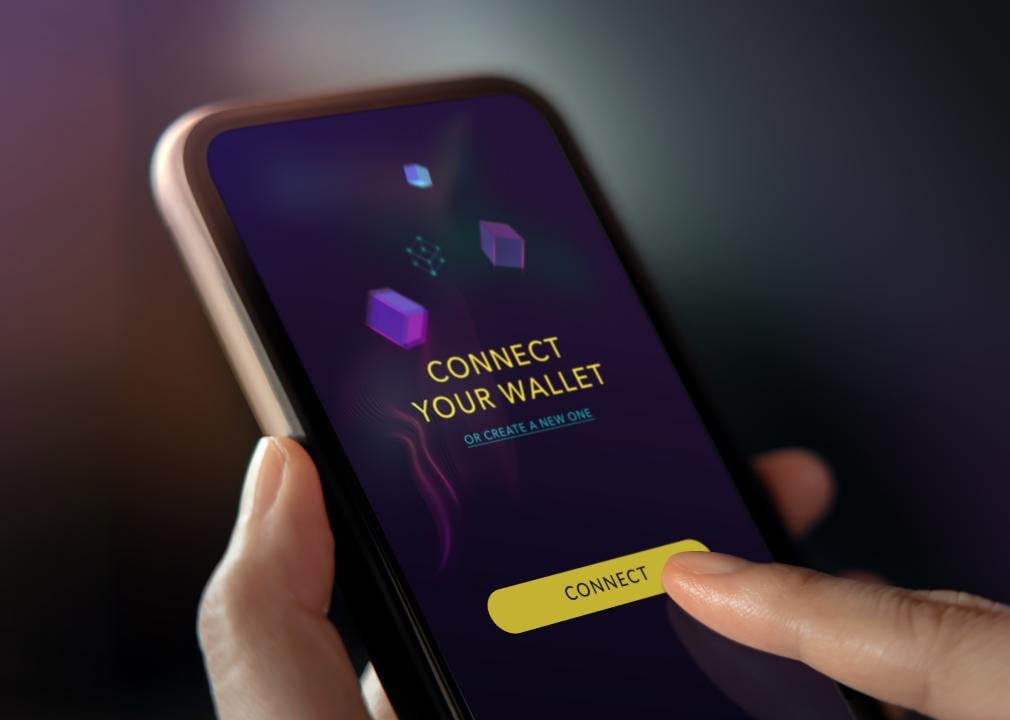 There are over 83 million registered blockchain wallets

As a sign that new investors are joining the crypto movement, the number of blockchain wallet holders has grown by 10 million in the last year, according to Blockchain.com. A blockchain wallet is a digital tool that allows investors to store and track the cryptocurrencies they’ve purchased through exchanges.

Several wallets are available to investors, and some cryptocurrency exchanges offer their own wallets. Wallets also come in physical form, and both software-based and physical wallets provide different benefits and risks. Some consider a physical wallet a more secure method of private storage because it isn’t accessible via the internet, where bad actors lurk. Most notoriously, Japan-based exchange Mt. Gox was hacked in 2014, with thousands of Bitcoins being stolen by hackers.

One drawback to physical wallets is what happens if the device gets destroyed, as in a house fire or flood. But in many cases, Bitcoins that have been publicly identified as lost forever from circulation happened after the owners forgot their access keys or died without writing down or trusting anyone with their key passwords.

This story originally appeared on PennyWorks and was produced and
distributed in partnership with Stacker Studio. 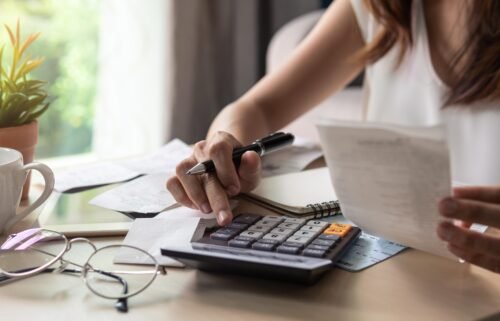 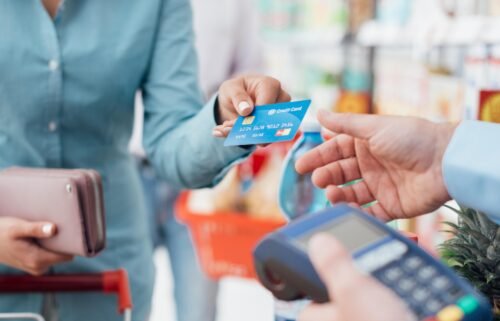 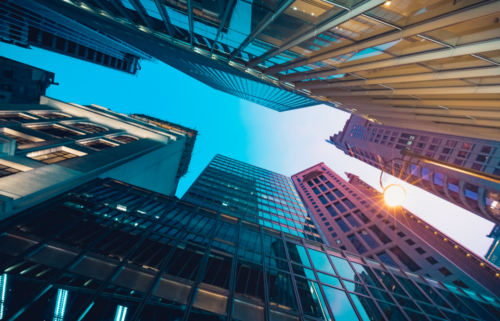 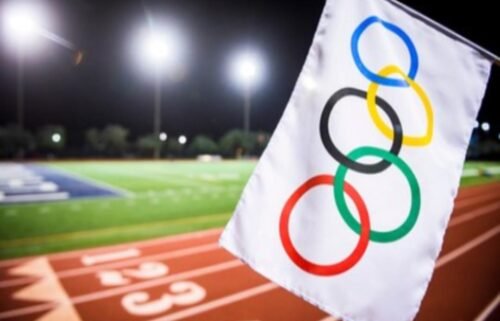