Helias senior wrestler Nikolai Careaga and his family have been through an unthinkable tragedy. Together, they've been able to push forward thanks to the support from their community.

You can watch the full story in the video player above.

Jackson Careaga was full of life.

"He would smile, even when he was in trouble," his mom Anika Careaga said. "Of course, he would sometimes still go and do what he wasn't supposed to do."

He was one of six Careaga kids, and one of four boys. All four, wrestlers.

"If you can make it through wrestling practice, and you can take the grind day after day - find your little victories - then you're a step ahead in life," Jackson's dad Jacob Careaga said.

Jackson always tried to stay a step ahead of his younger brother, Nikolai. They were only 18 months apart.

"We were always siblings that would fight," Nikolai said. "But then, two minutes later we would make up."

The two did pretty much everything together - lifeguarding, construction and of course, wrestling.

In February of 2019, Jackson made it to the state championship match as a junior at Helias.

"There was a lot of emotions," Helias wrestling coach Weston Keleher said. "It was the first Helias kid in the finals for quite some time. "

"I don't want to say that it was doubtful he was going to win," Nikolai joked. We understood that second was really, really good."

Jackson took second in state with hopes of winning the title the next year.

"Up in the wrestling room, we have a picture of all the state champions from the very first one to the most current one," Nikolai said. "We thought he'd have his picture on that wall."

"People were very eager to see what his senior season would be," Jacob Careaga said.

In August of 2019 - it became clear Jackson was suffering from depression and anxiety.

"Helias caught him before he attempted, and we are so grateful to the Helias administration that we got two more months with him," Anika Careaga said.

As wrestling season approached, things appeared to be getting better. In late October, the Careaga family was discussing weekend plans - including a college visit for Jackson.

"We had been on suicide watch and that night he showed no signs," Anika Careaga said.

"He got the stomach flu, and we had all had passed the stomach flu already," Anika Careaga said. "We just didn't even think about the fact that he had been throwing up the medication."

"And so the pills didn't stay in his system, and he was suffering withdrawal," Nikolai said.

"From what we can figure out, he flipped manic in the night because of the withdrawal symptoms," Anika Careaga said. "He also struggled with impulse control issues, and it was done in a matter of minutes."

"It's hard, really hard," Nikolai said. "I didn’t just lose a brother, but we all lost a brother. We all lost someone that we all cared for, and we all looked up to. I miss him, but I’m thankful for the entire community."

The tributes and gestures poured in from the community.

"The support was overwhelming and beautiful," Anika Careaga said. "I try and remember that especially in the really hard times."

In what should've been Jackson's senior season, Nikolai was called on to be the Crusaders wrestling captain.

"At the first dual, coach looked at me and said, 'Can you do it?'" Nikolai said.

"He wasn't replacing anything," Coach Keleher said. He was the guy."

At the end of the season, Nikolai was awarded most improved wrestler after qualifying for state.

"Like everything he does, he’s as solid as a rock," Jacob Careaga said.

"He would be super proud," Nikolai said.

Jackson would also be proud of his close friend and former training partner. Tolton's Brant Whitaker wore a different pair of Jackson's socks all season.

"That would've been his last year, and I wanted to bring him there with me," Whitaker said.

Brant wore a pair of Jackson's smiley socks for the championship match.

"Jackson was always smiling, and he always tried to light up the room," Whitaker said.

After winning a state title and completing an undefeated season, Brant pointed up to the Careaga family in the stands.

"It was just like an instant connection," Whitaker said. "We did it, and it’s all okay."

"He's always with me," Jacob Careaga said. "But life has to move on."

And with it came a global pandemic.

Through all of the COVID-19 protocols, Nikolai and the Helias football team won a state championship this past December. Now, Nikolai is in the midst of his senior wrestling season.

"My goal this year is placing in the top half of state on the podium," Nikolai said.

Nikolai recently won his 100th career match, and the Crusaders have a chance to make some noise this March.

This past Saturday, Nikolai won the CMAC championship at 152 pounds - the same weight class as Jackson.

"There's still a blank space on the wall," Nikolai said. "Someone's got to fill it."

Maybe so - with some help from Jackson.

"I didn’t realize how much it would show with his singlet," Anika Careaga joked.

Nikolai has Jackson's birthday tattooed right over his heart. He got it a week after his birthday this past summer.

"Every single match he's right over my heart and right by my side," Nikolai said.

"That that tattoo is symbolic of how Jackson made an impression on Nikolai’s life and all of ours," Jacob Careaga said. "Jackson is always with us."

"Jackson had the biggest brightest smile, but you don't know what was behind that smile. You don't know the pain he was suffering," Nikolai said. You got to remember that people are people. They're not just objects, they're not fake."

Nikolai said he's grown so much since losing his brother, and it's deepened his view of his surroundings.

"I've noticed when people are kind of struggling or when something's not quite right," Nikolai said. "I think I've opened up enough to them that they'll open up to me and create that trust with each other."

The Careaga family encourages others to do the same. They want to remind everyone to always be kind and smile.

"You never know what someone else is going through on the inside," Anika Careaga said. 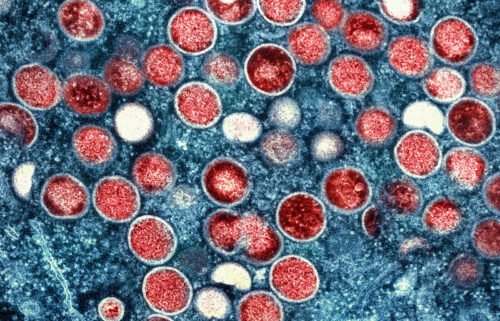 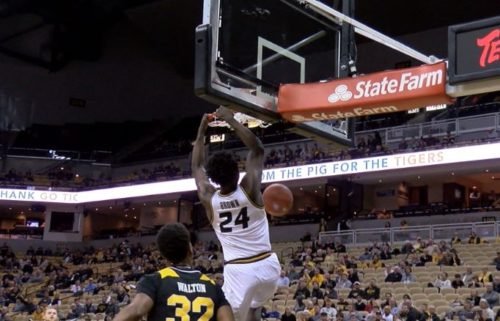