Almost everything in our world today is divided along political lines. Whether it be something as important as a life saving vaccine or something as simple — and you would think would be non-partisan — as what TV programs people watch or jeans people wear, everything seems to be polarized along partisan lines.

That’s what makes the NFL standout. While the NFL should perhaps worry about the youngest of fans, football is by far the most popular sport in America. It’s a sport whose popularity cuts across political and racial divides.

Witness the ratings for the Dallas Cowboys vs. San Francisco 49ers playoff game on January 16. More than 41 million people on average tuned in for the game, while 50 million saw the Cowboys lose on one of the most atrocious play calls I can ever recall. This was, of course, merely a first round playoff game.

To put that 41 million in perspective, the most highly-rated, non-football television broadcast in 2021 had a little less than 34 million people tune in. Keep in mind that program — the inauguration of President Joe Biden and Vice President Kamala Harris — was broadcast across more than a dozen channels.

And while most of television is struggling to keep viewers in the streaming era, the NFL has actually been gaining viewers this year. Over the course of 2021, 75 of the top 100 programs were NFL games.

But this isn’t just about television ratings, it’s about interest at large.

The NFL is king in the US

While different pollsters have found differing levels of support for professional football — depending upon question wording among other factors — it’s the top sport in any poll.

You can see the same thing when you look at Google searches. The NFL is not only the number one most searched league in America, but there is not a statistically significant relationship with the level of search interest by state and how that state voted in the 2020 election.

In other words, the states Democrat Joe Biden won search as much about the NFL as the states Republican Donald Trump won. That’s not the case for any other major sports league in America: MLB, MLS, NBA or NHL.

This may be surprising given what has occurred over the last five years between Trump and the NFL.

Trump blasted the NFL in 2017 following players kneeling during the national anthem. In 2020, Trump and his allies again went after the league after more players knelt in the aftermath of George Floyd’s murder.

NFL leadership backed the protests in 2020, while they did not in 2017. Perhaps, they realized Trump wasn’t ultimately making much of an impact.

Indeed, just like now, at least 50% of Democrats and Republicans were fans of the NFL in the 2007 Ipsos poll.

It also doesn’t appear that there is more of a racial divide among NFL fans than there was prior to 2017.

When Ipsos asked about professional football fandom in 2007, 54% of White adults said they were fans of the NFL. This is well within the margin of the error of what the 2021 Ipsos polling found.

If there is one warning sign for the NFL, it’s how young people feel about the league. Fears over concussions may be playing a role in the fact that about 100,000 fewer high school boys played football at the end of the 2010s than at the beginning of the decade.

Football does remain a top sport for high schoolers, according to National Federation of State High School Associations data, but its advantage over other sports is shrinking.

Consider soccer, which is the world’s favorite sport. Even with studies showing that people should fear concussions in soccer, the sport has been gaining ground on football.

This still left football with slightly over one million high school participants compared to about 459,000 boys and 394,000 girls (for a total of about 850,000) playing soccer. This meant the gap between soccer and football players in high school dropped from about 360,000 to about 155,000 over the course of the decade.

There are some signs this is leaking into the fandom of professional sports.

A majority of adults under the age of 30 (56%) in the Ipsos poll said they were not fans of the NFL. This was 15 points larger than those 70 and older of whom just 41% said they weren’t a fan.

Professional soccer, on other hand, saw the percentage of fans rise by double-digits over the 2010s in Gallup polling.

That said, we shouldn’t oversell football’s problems. It remains the most popular American sport by a large margin. And while a sport like soccer may be picking up some ground, American adults are about 30 points more likely to be fans of football than soccer across polling.

Football — and the NFL — does not seem to be in danger of being overtaken by another sport popularity wise any time soon. 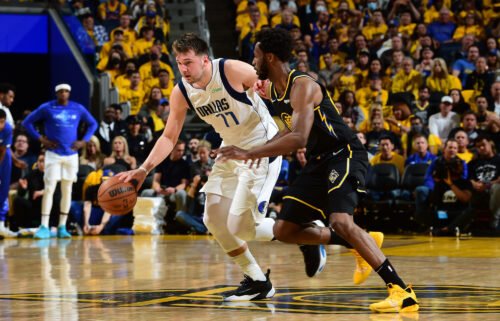 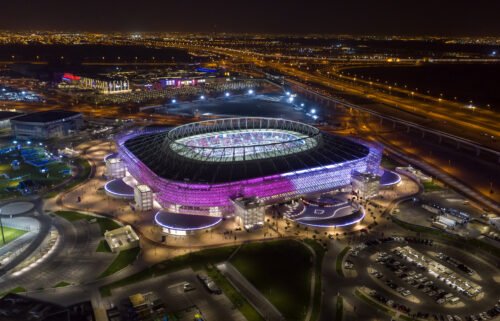 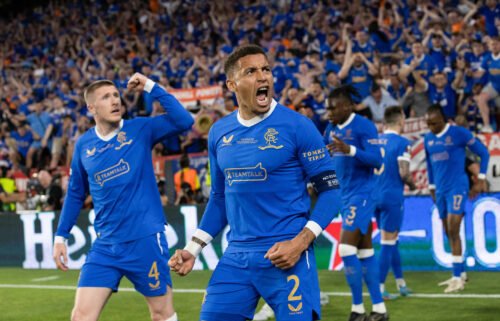 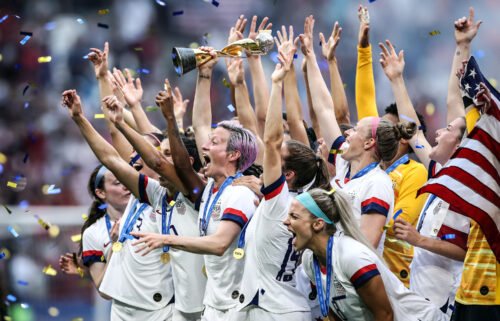