The Mizzou volleyball team honored its three seniors in the final home match of the season against Texas A&M on Sunday afternoon.

Outside hitters Anna Dixon, Leandra Mangual-Duran, and Brynn Carlson all received a framed jersey and flowers from head coach Josh Taylor and the coaching staff.

MU did not end up getting the win on Sunday, as the Aggies swept the Tigers 3-0.

Dixon had 11 kills on the afternoon, but sophomore Kaylee Cox led the group with 12 kills and 11 digs against Texas A&M.

Up next - Mizzou will hit the road for the final two games of the regular season against Mississippi State. Those games will be on Nov. 25 and 26. 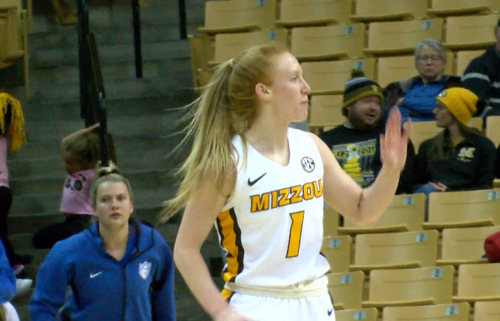