For the first time since 2011, Mizzou will hit the road to meet with former Big 12 foe, Kansas State.

The Tigers are Wildcats are set to meet for the 98th time in week two with Mizzou leading the series at 60-35-2.

Although Eli Drinkwitz and crew started the season hot with a 52-24 home win against Louisiana Tech, he says after watching the game back, there are a lot of aspects of the game that need to improve.

"There's a lot of room for growth in all fazes of the game specifically on special teams and punt coverage. Defensively we have to limit explosive plays and offensively we must limit turnovers and short yard execution," Drinkwitz said.

As Mizzou heads to the Little Apple, Drinkwitz says the game is going to be a difficult test in a place that has a reputation for being loud.

Although there is a lot of hype around the big game, the guys are treating Saturday's matchup with Kansas State just like any other.

"Preparation never changes on who you play really and we're just thinking about executing on Saturday's. We're preparing the same like we would for any other week," said running back Cody Schrader.

The Wildcats also had a big opener beating South Dakota 34-0. Drinkwitz said his offense has to be ready for a lot of pressure from the Kansas State defense, which all starts with junior defensive end Felix Anudike-Uzomah from Lee's Summit.

On the other end of the stick, Wildcats coach Chris Klieman is gearing his defense up for the switch ups they may see against Brady Cook and a deep wide receiver room at MU.

"They're as good of a trick play gadget team as there is," Klieman said. "They run a lot of reverses, reverse passes, flee flickers, double passes and we have to make sure that we're really disciplined in the back end because I think they do a tremendous job of showing you one thing and the next time showing you the same look and having a trick play or gadget play from it."

MU will kick off agains Kansas State at 11 a.m. in Bill Snyder Family Stadium. You can watch our live coverage from the game beginning at 6:00 p.m. and through our late evening newscasts at 9 and 10 p.m. 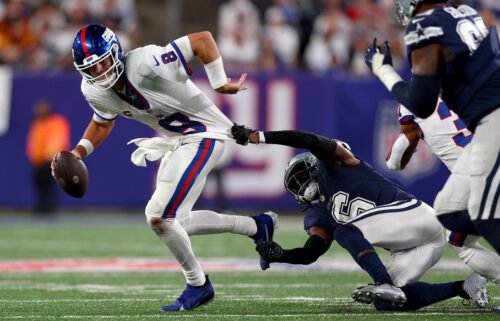