The Mizzou football team will host Texas A&M at 11 a.m. on Saturday at Faurot Field and the MU offense said it is looking forward to competing.

"I know it's not going to be easy," wide receiver Tauskie Dove said. "I know there's going to be some mess ups because that's just part of a football game. You won't win every rep, but you come back to the line of scrimmage and just compete for four quarters."

The Aggies come into Saturday's matchup fresh off a win over then first-ranked Alabama, which put the team at 4-2 overall this season. On the other hand, a win for the Tigers would put Eli Drinkwitz's group back above the .500 mark for the first time since Sept. 18.

"It's always good to get a win, you know what I mean," MU center Michael Maietti said. "You come in the building and it's always a better taste than losing. I believe that winning is contagious, you know. So hopefully, we get the ball rolling a little bit that way." 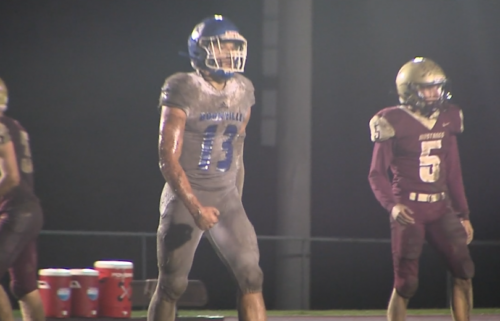