The Mizzou football team will take on No. 10 Florida on Saturday night in the swamp.

The Tigers are 2-2 on the season after two straight wins over LSU and Kentucky. Meanwhile - Florida is 2-1 this year, but the Gators have not played in three weeks. They missed two games due to a COVID-19 outbreak in their program.

"It's a full moon on Halloween in the swamp. How could I not pick the upset? I think Florida is going to make some costly mistakes in this game due to some rust. The Gators haven't played a game in three weeks, and they just returned to practice on Monday. Yes - they've got some great players like QB Kyle Trask and TE Kyle Pitts - but 21 days off from competition is a lot. Unlike last week - Mizzou is going to put up some points tonight. I can't wait to see what Coach Drinkwitz has in store - perhaps a special Halloween play designed to get Boo Smith in the end zone? That would be fun. Mizzou is ultra confident right now after two straight wins. My only concern is they're too confident. If MU can stick to Drinkwitz's game plan, and the defense can just hold on - I think Mizzou fans will have a happy Halloween."

"Right now is not an ideal time to be on the receiving end of Missouri’s offense, but that’s exactly where Florida finds itself after a two-week hiatus. If LSU and Kentucky taught us anything, it’s that Mizzou’s offense has the fire power it needs to win: both on the ground and in the air. I think Connor Bazelak is going to have a bigger game than he did last week (he’s going to have to). Maybe we’ll see another Bazelak/Tauskie Dove touchdown connection?? Don’t get me wrong though, Florida is going to be a challenge. Look our for Kyle Trask and Kyle Pitts— they will be giving Nick Bolton and the defense a very tough time on Saturday. It all boils down to how much that two week isolation period affected the Gators. We’ll see soon enough! 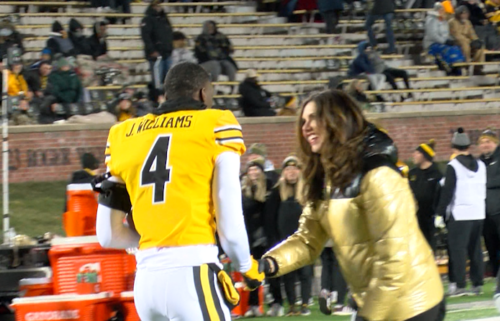 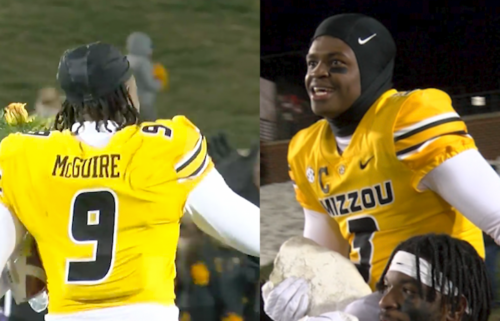