ATLANTA (AP) – The St. Louis Cardinals scored 10 runs for the biggest opening inning in postseason history and dealt the Atlanta Braves another playoff heartbreak with a 13-1 rout in decisive Game 5 of the NL Division Series on Wednesday.

Before many fans had reached their seats, the Cardinals were already booking their plans for the NL Championship Series, where they will face either the Los Angeles Dodgers or the Washington Nationals in a best-of-seven set beginning Friday. Those teams were meeting in their own Game 5 at Dodger Stadium. It will be St. Louis’ first NLCS trip since 2014.

For the Braves, it might take a while to get over this debacle.

After pitching seven scoreless innings in a Game 2 win, Mike Foltynewicz retired only one hitter before getting yanked. First baseman Freddie Freeman made a crucial error that might have limited the damage. The Cardinals scored their final run of the inning on a strikeout – a wild pitch in the dirt that skipped away from catcher Brian McCann.

It was Atlanta’s 10th straight postseason round loss since their last victory 18 long years ago, tying the ignominious mark set by the Chicago Cubs between 1908 and 2003. 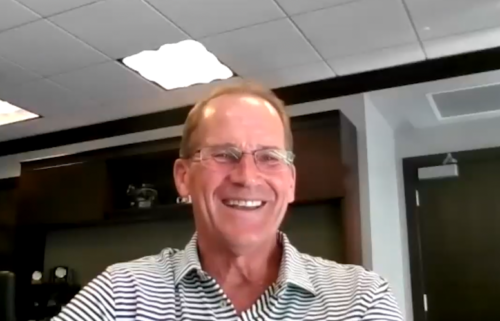