A federal appeals court on Tuesday signed off on a House Ways and Means Committee request to obtain former President Donald Trump’s tax returns from the Internal Revenue Service.

The 3-0 ruling from the DC Circuit Court of Appeals is a blow to Trump, who has argued for years in court against releasing his tax returns to any investigators. A trial-level judge he appointed while president previously rejected his arguments in the case.

The appeals court said the mandate in the case would be issued seven days after any appeal Trump makes in the circuit court is resolved. Trump may also appeal the case directly to the Supreme Court.

This litigation is separate from the House select committee’s investigation into the January 6 riot.

The majority opinion, written by Circuit Judge David Sentelle, said that Ways and Means Committee Chairman Richard Neal’s request for the records was within the scope of his committee’s inquiry, and the court also rejected Trump’s argument claiming that the request had a retaliatory motive, making it invalid.

“While it is possible that Congress may attempt to threaten the sitting President with an invasive request after leaving office, every President takes office knowing that he will be subject to the same laws as all other citizens upon leaving office. This is a feature of our democratic republic, not a bug,” Sentelle’s opinion said.

Neal has requested the returns under a law that allows disclosure of an individual’s tax returns to the committee — a request that the Trump administration had rebuffed.

The appeals court on Tuesday said that Trump did not prevail in his argument that as a former President his records should not be turned over.

“In this case, the need for the Trump Parties’ information to inform potential legislation overrides the burden to the Executive Branch largely because that burden is so tenuous,” Sentelle, a Reagan appointee, wrote in the opinion.

Judge Karen Henderson, a George H.W. Bush appointee and Robert Wilkins, an Obama appointee, also agreed with the decision, though Henderson wrote that she believed there should be more scrutiny on a request like this that would have implications for the presidency.

Neal praised the court’s ruling in a statement Tuesday.

“With great patience, we followed the judicial process, and yet again, our position has been affirmed by the Courts,” Neal said. “I’m pleased that this long-anticipated opinion makes clear the law is on our side. When we receive the returns, we will begin our oversight of the IRS’s mandatory presidential audit program.”

The case stems lawsuit Neal filed in in 2019 seeking a court order compelling the IRS, then under the Trump administration, to turn over Trump’s tax returns

The litigation moved at a slow pace that outlasted Trump’s presidency, and in July of last year, the Justice Department signaled it was switching positions in the case in favor of the committee obtaining the returns. District Judge Trevor McFadden, a Trump appointee, last December granted requests from the department and the House to dismiss the case, prompting Trump’s appeal to the DC Circuit.

Correction: A previous version of this story mischaracterized the amount of time Trump has to appeal the decision. 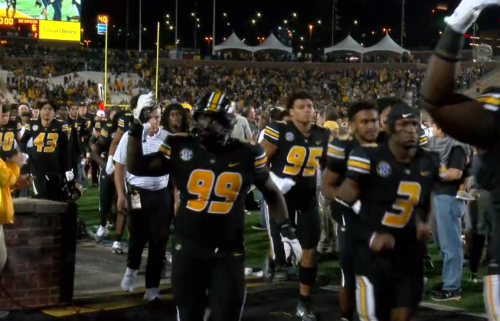