The Supreme Court ruled against a Georgia man who has spent decades in the US and faces deportation after checking the wrong box on a driver’s license application.

The ruling made it more difficult for non-citizens who are in removal proceedings to get a federal court to review factual determinations that were made by an immigration court concerning relief from deportation.

Justice Amy Coney Barrett wrote the decision for 5-4 court interpreting the law at issue even more strictly than the federal government.

“Today, the Court holds that a federal bureaucracy can make an obvious factual error, one that will result in an individual’s removal from this county, and nothing can be done about it,” Gorsuch wrote. He said the ruling will have “dire consequences for countless lawful immigrants” and noted that each year “thousands” of individuals seek to obtain a green card” such as students who hope to remain in the country, and a skilled worker sponsored by an employer.

The case concerned Pankajkumar S. Patel, a citizen of India who entered the US unlawfully in 1992 and was seeking to become a lawful permanent resident. In 2008, however, while his petition to adjust his status was pending, he checked a box on a driver’s license renewal application falsely maintaining that he was a US citizen. He was later charged with making a false statement.

Although the charges against him were dropped, the Department of Homeland Security ultimately placed him, his wife and one of his sons in removal proceedings.

The DHS denied the application for the adjustment of his status because of the misrepresentation on the driver’s license application. Later, when he went before an immigration judge, he argued that he had checked the wrong box by accident. In addition, he noted there was no reason to intentionally check the wrong box because under Georgia law, he was eligible to receive a license without being a citizen because he had an application seeking lawful permanent residence and a valid employment authorization document.

He lost his case before an immigration judge in a decision that was upheld by the Board of Immigration Appeals that said he had not shown that his decision to check the box was an innocent mistake.

He appealed to the 11th Circuit Court of Appeals but the court said it did not have jurisdiction to hear the claim to review the Board of Immigration’s factual findings.

In Monday’s opinion, Barrett noted that Congress has detailed the rules by which non-citizens can live in the United States and when those rules are violated, Congress has provided procedures for removal. She said “there is room for mercy” for the Attorney General to grant some relief from removal in certain circumstances but, she said, “federal courts have a very limited role to play” in the process.

She said that with the exception of “legal and constitutional questions” Congress had barred federal courts from reviewing the government’s decision denying discretionary relief from removal. That bar, she said, includes judicial review of factual findings. “Federal courts lack jurisdiction to review facts found as part of discretionary-relief proceedings” under the law she said.

Lawyers for Patel and the federal government had argued that some eligibility determinations could be reviewed.

Gorsuch — who has sided with the liberals before when he thinks laws are vague or unevenly applied — was deeply critical of the court’s decision.

“It is no secret that when processing applications, licenses and permits the government sometimes makes mistakes,” he said.

“In circumstances like that, our law has long permitted individuals to petition a court to consider the question and correct any mistake,” he said. He said that the immigration judge had rested his decision on the fact that he didn’t think Patel had checked the wrong box mistakenly, and the erroneous belief that Patel wouldn’t have been able to receive the license without saying he was a citizen. Gorsuch said the federal courts should be able to review such claims.

“On the majority’s telling, courts are powerless to correct bureaucratic mistakes like these no matter how grave they may be,” he said. “It’s an eye-catching conclusion,” he added, and said the case did not represent some “small sideshow.”

He noted that thousands of individuals seek to obtain a green cards every year outside of the removal context — and that in the last three months of 2021, the government denied more than 13,000 green card applications with nearly 790,000 pending.

“With so many applications receiving such abbreviated treatment, who can be surprised that DHS sometimes makes serious errors,” Gorsuch wrote.

“Until today, courts could correct mistakes like these,” he added.

This story has been updated with additional background information. 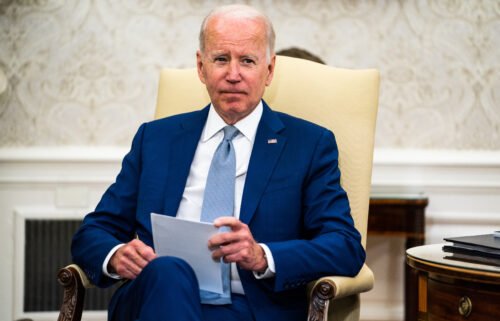 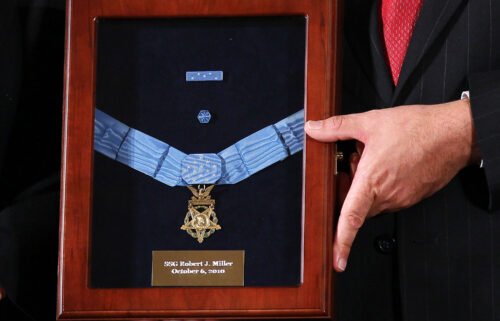