The US has seen indications that Russia has positioned supplies of blood near Ukraine’s borders, two senior US defense officials told CNN Saturday, as part of its accumulation of medical supplies, troops and military equipment in the area that US officials have said could signal plans for an invasion.

Reuters was first to report Russia’s movement of blood supplies to the border with Ukraine, which would be necessary to treat casualties in the event of a conflict. The development has added to US concerns that Russia has the capabilities in place to launch an attack on very short notice.

One of the officials who spoke with CNN cautioned that the presence of Russian blood supplies near the Ukrainian border is not an absolute indicator of an invasion. Instead, it is one element among many the US is monitoring as the build-up of Russian forces steadily proceeds.

CNN reported last month that Russia had begun erecting supply lines such as medical units and fuel that could sustain a drawn-out conflict should Moscow choose to invade.

Ukraine has denied that Russia has moved any blood supplies to the front lines. On Saturday, Ukraine’s Deputy Defense Minister Hanna Maliar called the reports “not true.”

“This information is not true,” she said in a statement on Facebook. “Such ‘news’ is an element of information and psychological warfare. The purpose of such information is to spread panic and fear in our society.”

The White House, however, has said Ukraine has been downplaying the threat in a way that could lead the country to be unprepared for a potential Russian attack.

“We understand the difficult position (Ukrainian) President (Volodymyr) Zelensky is in and the pressure he’s under,” a White House official said Saturday. “But at the same time he’s downplaying the risk of invasion, he’s asking for hundreds of millions of dollars in weapons to defend against one. We think it’s important to be open and candid about that threat.”

CNN has reached out to the Russian Ministry of Defense.

CNN reported on Friday that tension has been building between Zelensky and Biden administration officials, amid a disagreement over how to interpret and publicly communicate US intelligence assessments that say Russia could be preparing a large-scale attack on Ukraine.

While White House press secretary Jen Psaki has warned that the administration believes a war is “imminent,” Zelensky told reporters on Friday, “There is a feeling abroad that there is war here. That’s not the case.”

Chairman of the Joint Chiefs of Staff Gen. Mark Milley on Saturday spoke with his Ukrainian counterpart Lt. Gen. Valery Zaluzhny for the fourth time this month — a sign of the ongoing outreach to Ukraine and NATO allies — one day after warning of “terrible” and “horrific” consequences if Russia chose to invade the country.

Milley and Zaluzhny exchanged assessments of the security situation facing Ukraine, according to a readout of the call. Milley underscored US support for an independent Ukraine. He has also spoken in recent days with many of his NATO counterparts.

This headline and story have been updated to reflect additional reporting. 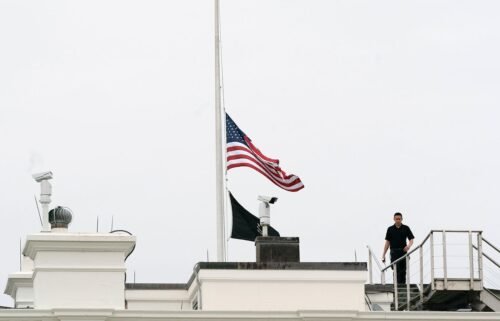 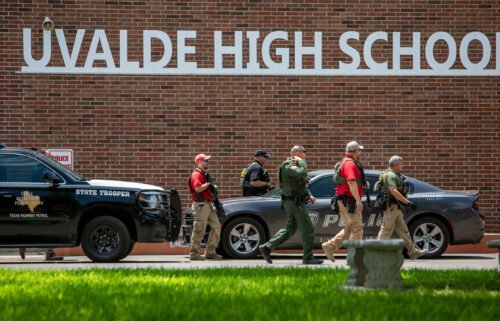