As the US has been warning the world of a potentially “imminent” Russian invasion of Ukraine, one foreign leader in particular has not been convinced: Ukrainian President Volodymyr Zelensky.

Tension has been building between Zelensky and Biden administration officials, sources told CNN, amid a disagreement over how to interpret and publicly communicate US intelligence assessments that say Russia could be preparing a large-scale attack on Ukraine. As Biden’s top spokesperson has warned that the administration believes a war is “imminent,” Zelensky told reporters on Friday, “There is a feeling abroad that there is war here. That’s not the case.”

The discord speaks to a persistent concern within Ukraine that it is being used as a pawn in geopolitical drama between the United States and Russia, and that its concerns are secondary to a broader set of disputes between two world powers. Even as Washington seeks to refute that notion, Ukrainian officials have become more outspoken about feeling ignored amid the mounting tensions.

That has frayed nerves in both capitals. Even as the White House seeks to project its utmost support for Kyiv, including through shipments of military equipment and new funding, some officials privately say the backing is being met without much thanks from Zelensky’s government.

Biden, who said he did not have any updates on the situation in Ukraine, told reporters on Friday that he would be moving US troops to NATO allies in Eastern Europe in the “near term.” Earlier this week, as many as 8,500 US troops were placed on heightened alert to prepare to deploy to Eastern Europe — including units with “medical support, aviation support, logistical support” and “combat formation,” according to a Pentagon spokesman.

“I will be moving US troops to Eastern Europe in NATO countries in the near term,” Biden said when asked about a timeline for doing so.

Zelensky at first appeared concerned by the US assessments, and publicly accused Russia in November of planning a coup to topple his government — an accusation fueled at least partly by similar intelligence provided to Ukraine by the US at the time, sources told CNN at the time.

But Zelensky and his aides have in recent weeks become fed up with what they see as an “overreaction” by the US that they believe is inciting panic and economic turmoil inside Ukraine, while at the same time the US refuses to take preemptive deterrence measures such as imposing new sanctions on Russia, the sources said. He and his advisers were particularly angered by the US’ decision to order departures from the US Embassy in Kyiv, which Zelensky openly called a “mistake” on Friday. They have also been displeased by the US’ repeated use of the word “imminent” to describe a potential invasion — a word whose closest translation in Ukrainian is “inevitable,” an adviser to Zelensky noted, which Ukraine disagrees with.

“Kyiv would find more value in taking active deterrent measures such as immediate sanctions against Nord Stream than the persistent verbal warnings predicting imminent war for the last couple months that provide no deterrent, and are actually unintentionally negatively impacting the Ukrainian economy,” the adviser to Zelensky said, referring to the Russia-Germany gas pipeline Nord Stream 2.

CNN has reached out to Zelensky’s office for comment on this story.

Biden and his advisers, meanwhile, have been annoyed by Zelensky’s public downplaying of the threat and thinly veiled jabs at the US President, and believe that public warnings and threats to Russia of severe consequences are a key to deterrence.

“The questions we have are, why are you picking fights with the US?” the official said. “Why are you leaking and distorting when the US is one of the only real friends you have? And why ask for more weapons if you say the threat hasn’t changed?”

The simmering tensions came to a head on Thursday night, when Biden — during a call with Zelensky that the Ukrainian leader had requested — urged Ukraine to better prepare for a potential invasion in February. It was a comment Zelensky found condescending and disagreed with, a source familiar with his thinking said.

The call “did not go well,” a senior Ukrainian official told CNN. The White House disputed the official’s account, warning that anonymous sources were “leaking falsehoods.” They did state that Biden warned Zelensky that an imminent invasion is a “distinct possibility.”

On Friday, Zelensky doubled down on his insistence that a Russian invasion is not “imminent,” as the US has repeatedly warned.

“I’m the President of Ukraine, I’m based here, and I think I know the details deeper than any other president,” Zelensky told reporters when asked about his reported disagreement with Biden. “It’s important that the (US) President should know the situation from me, not from the intermediaries. He knows the situation for me personally, and we’re talking to each other.”

His comments were the clearest indication to date of the boiling disagreements, which have been apparent in phone calls between US and Ukrainian officials for weeks. At the White House, officials viewed Zelensky’s news conference as aimed primarily at a domestic audience, with an eye toward projecting calm and stabilizing the economy.

It wasn’t the first time a brush-back from Zelensky caused eyebrows to raise at the White House. After Biden referenced a Russian “minor incursion” into Ukraine at a press conference last week, Zelensky wrote on Twitter there was no such thing. The public nature of the rebuke did not go over well among Biden’s advisers, though when Zelensky thanked Biden for clearing up his comments a day later, his tweet was amplified by Biden’s chief of staff.

The dispute over the nature of the threat from Russia has opened a crack in a picture of cooperation the United States has sought to project since the start of the crisis. American officials have routinely used the phrase “nothing about Ukraine without Ukraine” to characterize extensive consultations with Kyiv about its security, essentially reassuring the country it won’t go behind its back in talks with Russia.

White House and State Department officials are in near-constant communication with their counterparts in Ukraine about the situation, including sharing latest intelligence assessments and detailing plans for a US response. And Thursday’s phone call was the third conversation between Biden and Zelensky in the past two months. The Ukrainian President also visited the White House in September — one of the few world leaders invited to the Oval Office since Biden took office due to the Covid-19 pandemic.

The White House has dispatched equipment and munitions to Ukraine as part of a $200 million security package, including a shipment that arrived earlier this week. And in their phone call this week, Biden told Zelensky the US was “exploring additional macroeconomic support to help Ukraine’s economy amidst pressure resulting from Russia’s military build-up,” according to the White House.

The White House took note that Ukrainian officials met some of the incoming assistance at the airport, suggesting it did not reflect a lack of concern about the security situation.

A onetime actor and comedian who rose to power in 2019, Zelensky was once viewed as a reformer who would work to rid Ukraine of persistent corruption within its government. Yet Biden and White House officials still have major concerns about corruption in Ukraine that, for now, are preventing it from joining NATO — another point of dispute between the two countries, and an area where Russia has demonstrated intense interest.

Biden said in July ahead of a meeting with Russian President Vladimir Putin that he doesn’t foresee Ukraine joining NATO anytime soon, citing the need to “clean up corruption.”

On Friday, Zelensky said he needed a clearer answer: “Tell us openly we will never get into NATO,” he said. 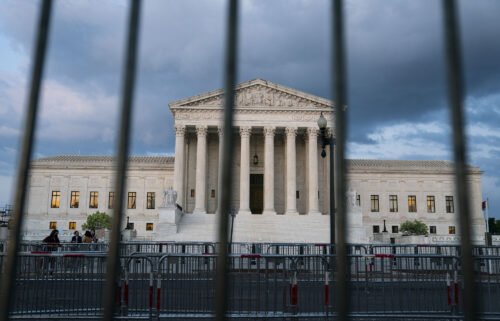