In what will be one of the most monumental endeavors of Joe Biden’s presidency, the retirement of Stephen Breyer sets the stage for an immensely important decision by the President.

Breyer’s seat may be the only one that Biden fills on the Supreme Court, and it may not be one he fills at all — if Republicans retake the Senate before the President’s choice for a replacement is confirmed.

Biden at the White House on Thursday confirmed the nominee will be the first Black woman on the high court.

“It’s long overdue, in my opinion,” the President said.

“Our process is going to be rigorous. I will select a nominee worthy of Justice Breyer’s legacy of excellence and decency. While I’ve been studying candidates’ backgrounds and writings, I’ve made no decision except one: the person I will nominate will be someone with extraordinary qualifications, character, experience and integrity. And that person will be the first Black woman ever nominated to the United States Supreme Court,” Biden said.

A short list of potential nominees had been circulating Washington well before Breyer’s retirement plans became public, and officials in the White House Counsel’s office built files on various candidates in anticipation of a potential vacancy. Biden said he will make his choice by the end of February.

With Democrats holding the narrowest of majorities in the upper chamber, Biden will have to choose someone who can safely get 50 votes in the Senate (Vice President Kamala Harris could provide the tie-breaking vote if the Senate is split on the nomination). In addition to the vote count, Biden also has to keep an eye on the calendar. Senate Republicans are likely to retake the chamber in this year’s midterms and have already signaled they would block a Biden nominee to the Supreme Court. It typically takes two to three months for a President to see his nominee confirmed by the Senate once he or she is named. The most recent justice, however, was confirmed in just a month and a half, as Senate Republicans rushed to get Justice Amy Coney Barrett approved before the 2020 election.

Given the disappointments that have been recently dealt to the progressives under the Biden administration — between the congressional demise of the President’s Build Back Better proposal and his failure to find a way forward on voting rights legislation — Biden’s choice for the Supreme Court gives him the opportunity to reinvigorate the democratic base. If she is confirmed, Biden will secure a much-needed victory for his administration.

Here are potential nominees who have been on observers’ short list.

Biden has already elevated Judge Ketanji Brown Jackson once, appointing her last year to the US Court of Appeals for the District of Columbia, which is considered the second-most powerful federal court in the country. Previously, the 51-year-old judge served on the federal district court in DC. Because of that appellate appointment, she’s already been through a vetting process that included an interview with the President himself. Fittingly, she clerked for Breyer and holds degrees from Harvard and Harvard Law School. She also served as an assistant federal public defender, making her a prime example of the Biden’s White House focus on appointing judges with backgrounds that are outside the typical prosecutor and Big Law box.

As a judge, Jackson has ruled on high profile cases including the Don McGahn congressional subpoena lawsuit (where, as a district court, she ordered the former Trump White House counsel to comply with the House’s subpoena). As an appellate judge, she signed on to the recent opinion ordering the disclosure of Trump White House documents being sought by the House January 6 committee. The Supreme Court declined Trump’s request that it reverse the decision in an order this month allowing the documents to be released.

Kruger, now 45, was the youngest person to be appointed to the California Supreme Court when then-Gov. Jerry Brown nominated her in 2014.

Kruger is intimately familiar with the Supreme Court having worked as a clerk for the late Justice John Paul Stevens and served as acting deputy solicitor general in the Obama administration. While in the Solicitor General’s office, she argued 12 cases in front of the Supreme Court representing the government. At the Justice Department, she also earned the Attorney General’s Award for Exceptional Service, the department’s highest award for employee performance, in 2013 and 2014.

At the California Supreme Court, she has authored notable opinions on the 4th Amendment — holding that law enforcement could not search a woman’s purse without a warrant after she declined to provide a driver’s license — and upholding a California law that requires law enforcement to collect DNA samples as well as fingerprints from all persons arrested for or convicted of felony offenses.

Though she is said to be well-liked among the alumni of the Solicitor General’s office, she has not yet received the thorough vetting that other potential nominees have gone through.

Childs, a judge on South Carolina’s federal court, is said to have a major booster in House Majority Whip James Clyburn, a Biden ally who helped deliver South Carolina for the eventual nominee in the 2020 Democratic primary. Just last month, Biden nominated Childs to the US Court of Appeals for the District of Columbia Circuit, and the nomination remains pending.

A graduate of the University of South Carolina School of Law, Childs does not have the Ivy League pedigree shared by eight of the nine justices. Her cheerleaders have touted her public-school education and other elements of her background as an advantage for Democrats, according to a 2021 New York Times report, and as a way to fight back against claims that the party has become too elitist in its makeup.

Other names that have been floated

Sherrilyn Ifill, a civil rights attorney who recently announced plans to step down from her role as President and Director-Counsel of the NAACP Legal Defense and Educational Fund.

Circuit Judge Candace Jackson-Akiwumi, an alumna of Chicago’s public defender’s office whose appointment by Biden to the Seventh Circuit was cheered by Senate Judiciary Chair Dick Durbin of Illinois. 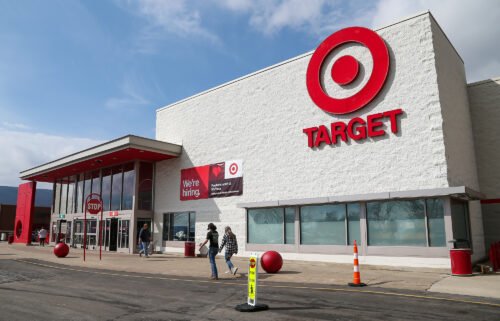 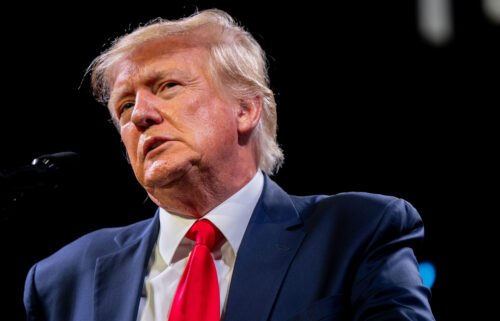