The Supreme Court will hear a case concerning a Mississippi abortion law on December 1, the court announced on Monday, teeing up one of the most substantial cases of the term in which the justices are being asked to overturn Roe v. Wade.

The Biden administration urged the Supreme Court Monday to uphold Roe v. Wade — the 1973 landmark Supreme Court decision legalizing abortion nationwide prior to viability, which can occur at around 24 weeks of pregnancy — and to invalidate the Mississippi law that bars most abortions after 15 weeks.

Acting Solicitor General Brian H. Fletcher said in new friend-of-the-court briefs filed in advance of the December 1 arguments that the justices should reject a direct challenge to the landmark opinion. In a separate filing, he also asked that the United States be granted time to argue its position during oral arguments.

Overruling Roe, he said, “would harm women (and their partners) who have organized intimate relationships and made choices that define their views of themselves and their places in society, in reliance on the availability of abortion in the event that contraception should fall.”

Fletcher said it would “seriously undermine women’s autonomy” and that the effects would likely “be felt most acutely by young women, women of color, and those of lesser means.”

The Mississippi case — the most important set of abortion-related oral arguments the court has heard since 1992 — comes as states across the country, emboldened by the conservative majority and the addition of Justice Amy Coney Barrett to the high court, are increasingly passing restrictive abortion-related regulations, hoping to curb the constitutional right first established in 1973 in Roe and reaffirmed in 1992 when the court handed down Planned Parenthood v. Casey.

“The passage of another three decades means that every American woman of reproductive age has grown up against the backdrop of the right secured by Roe and Casey, which has become even more deeply woven into the Nation’s social fabric,” Fletcher argued Monday.

Mississippi’s Gestational Age Act, passed in 2018 but blocked by two federal courts, allows abortion after 15 weeks “only in medical emergencies or for severe fetal abnormality” and has no exception for rape or incest. If doctors perform abortions outside the parameters of the law they will have their medical licenses suspended or revoked and may be subject to additional penalties and fines.

In a brief filed in July, Mississippi Attorney General Lynn Fitch, a Republican, argued that Roe v. Wade was “egregiously wrong” and should be overturned.

“The conclusion that abortion is a constitutional right has no basis in text, structure, history, or tradition” Fitch told the justices.

The case for overturning Roe is “overwhelming,” Fitch said.

Julie Rikelman, a lawyer for the Center for Reproductive Health — which is representing Jackson Women’s Health Organization, the only licensed abortion facility in Mississippi, and the clinic’s medical director, Sacheen Carr-Ellis — told the justices earlier this month that they should decline the request to “jettison a half-century of settled precedent and to abandon a rule of law that this Court has said uniquely implicates the country’s confidence in the Judiciary.”

Meanwhile, opponents of the law filed a flurry of friend-of-the-court briefs with the Supreme Court on Monday, including one from 22 Democratic-led states and the District of Columbia. In another, 514 athletes, including 26 Olympians — among them, gold medalist and two-time soccer World Cup champion Megan Rapinoe — urged the court to uphold Roe.

“As women athletes and people in sports we must have the power to make important decisions about our bodies and exert control over our reproductive lives,” Rapinoe said in a statement.

Lawyers for abortion funds and practical support organizations also expressed support for the Mississippi clinic behind the suit, arguing that “persistent and formidable barriers routinely prevent some people from obtaining abortions before 15 weeks of pregnancy” because of such issues as limited financial resources, systematic racism and scarcity of abortion providers.

The justices deliberated for months whether to take up the Mississippi dispute, finally announcing their decision last spring and sending shockwaves through groups supporting abortion rights, who are fearful that the conservative majority — bolstered with three of former President Donald Trump’s appointees — will upend long-established constitutional protections for access to abortion.

A district court blocked the law in a decision affirmed by a federal appeals court.

“In an unbroken line dating to Roe v. Wade, the Supreme Court’s abortion cases have established (and affirmed and re-affirmed) a woman’s right to choose an abortion before viability,” a panel of judges on the 5th US Circuit Court of Appeals said in December 2019. “States may regulate abortion procedures prior to viability so long as they do not ban abortions,” the court held and concluded that “the law at issue is a ban.”

The Mississippi dispute comes to the court at an unusual time. While the justices consider the Mississippi case over the next few months, reading countless friend-of-the-court briefs and holding oral arguments in December, they took an emergency action in a separate case out of Texas earlier this month that allowed a six-week ban to go into effect, pending appeal, blocking most abortions in the state. 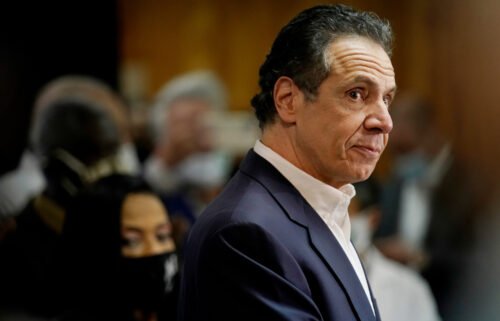 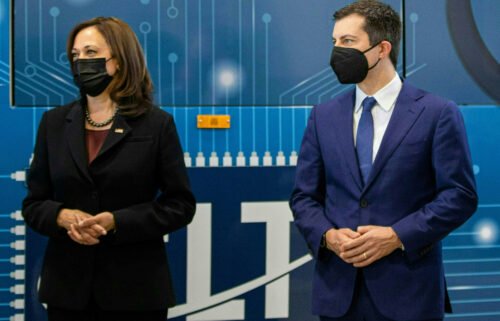