President Joe Biden’s bipartisan infrastructure deal is in a perilous state with Republicans and Democrats remaining far apart on a range of outstanding issues after the latest round of furious talks, the clearest sign yet that one of the White House’s top legislative priorities could collapse in the coming days.

The talks have reached a crucial juncture more than a month after Biden and a group of 10 senators from both parties trumpeted a bipartisan framework detailing their $1.2 trillion deal to bolster the nation’s waterways, bridges, water systems and broadband networks.

But turning that short outline into detailed legislative text has proven to be enormously difficult, with the two sides still squabbling over funding levels for transit systems and exactly how to pay for the nearly $600 billion in new spending — among a handful of other thorny issues.

If the talks collapse, Democrats could try to roll in pieces of the plan into a larger, $3.5 trillion proposal that their party is trying to pass along straight party lines through the budget process. But that would only add to the cost — and could turn off moderates already skeptical about the plan.

Negotiators now face a steep uphill climb to resolve remaining issues after a weekend of talks failed to produce an agreement.

Senate Majority Leader Chuck Schumer said Monday that bipartisan infrastructure talks have reached a “critical moment” and put senators on notice they might stay in session through the weekend, as the push to finalize an agreement continues.

Bipartisan negotiators met Monday in an effort to put deliberations back on track. But there is now a blame game underway, another indication that negotiations are in danger of falling apart.

Senate Majority Whip Dick Durbin told reporters it’s “time to bring a bill to the floor” and said bluntly “yes” the talks have gone on too long.

The longer talks go on, he said, “it gets more complicated (because) people get dug in.”

Sen. Rob Portman of Ohio, a Republican leading the bipartisan infrastructure talks, said he believes the effort is “headed in the right direction,” noting that “it’s a big and complicated bill.”

“Hell no, we’re not pulling the plug,” West Virginia Democratic Sen. Joe Manchin, a pivotal swing vote, told CNN as he offered a warning about the intertwined fate of the bipartisan effort and a broader package that Democrats plan to pass on their own without GOP votes.

“I would say that if the bipartisan infrastructure bill falls apart, everything falls apart. … If one falls apart, how do you do the other one? How does the other become more important?” Manchin said.

Durbin said he didn’t know if Democrats would pull the plug on the talks and said that the leadership still wants a bipartisan deal. But he also made clear that moderate members of his caucus need to understand there was a good-faith effort to get a bipartisan deal before backing a party-line approach through the budget reconciliation process.

“We have to demonstrate — and we have — a good-faith bipartisan effort toward infrastructure,” he said when asked about getting moderate Democrats like Manchin and Kyrsten Sinema of Arizona behind a party-line approach. “It’s a good starting point. There reaches a point if you can’t reach an agreement, you have to be honest about it.”

For now it remains to be seen if a final agreement can be reached, and finger pointing broke out on Monday with key issues unresolved.

Democratic negotiators, including the White House, sent Republicans on Sunday night a “global offer to finish every major open item,” a Democratic source close to the talks told CNN. The offer included the major unresolved issues, including funding for highways and bridges, money for water systems, prevailing wage laws, using unspent Covid-19 money as a way to finance the bill as well as an infrastructure bank and transit funding.

But Republicans pushed back against the effort. A GOP source familiar told CNN on Monday that the offer “was discouraging since it attempts to reopen numerous issues the bipartisan group had already agreed to.”

Romney’s office responded on Monday by calling accusations of goalpost moving and reneging on an agreement “laughably false.”

Republicans are also claiming that Democrats have “broken” a series of agreements for the bipartisan framework.

According to a GOP source familiar, that includes Democrats pushing for prevailing wage requirements for a number of priorities such as broadband and cybersecurity despite members having agreed not to add new requirements.

Lawmakers insist a bill is within reach

Despite the plodding negotiations, lawmakers from both parties signaled Sunday that they believe a deal could be close at hand.

Portman projected optimism over the weekend that the group will reach a deal this week, telling ABC News, “We’re about 90% of the way there.”

“I feel good about getting it done this week,” the Ohio Republican said.

That message was echoed by Commerce Secretary Gina Raimondo, who told CBS News that negotiators were “very close” to a deal on Sunday.

“We’re in the final strokes, we’re in the final days. We’re optimistic, we are all engaging daily, multiple times a day with members of the Senate, and we’re feeling really good about it,” she said.

White House officials have remained closely involved with the talks each step of the way and have no intention of walking away at this point, one official told CNN.

There are unquestionably significant issues that need to be resolved, but the view internally is that it’s a part of a process that was always going to get more complicated each step of the way, the official said.

“Was today a great day? Not so far,” the official said. “But let everyone come back to town and start engaging again. Everyone knows the stakes here.”

The pressure is on after Senate Republicans blocked a vote to start debate on the bipartisan infrastructure bill last week. That vote was 49-51, short of the 60 votes needed to advance the measure.

A group of 22 Democratic and Republican senators said afterward that they were “close to a final agreement” and were “optimistic that we will finalize, and be prepared to advance, this historic bipartisan proposal to strengthen America’s infrastructure and create good-paying jobs in the coming days.”

But the days since have brought more scrutiny from lawmakers outside the group of negotiators, including Pennsylvania Sen. Pat Toomey, who warned Sunday against treating federal funding as “Monopoly money.”

“A very, very important category for me is how all this is going to get paid for,” the top Republican on the Senate Banking Committee told CNN’s Jake Tapper on “State of the Union.”

“Now we’re talking about another $600 billion on top of the ordinary spending. … This is completely out of hand. There are people who think this is Monopoly money, but it’s not, Jake. And so I’m concerned. I think the way we should pay for this increase in infrastructure spending is by re-purposing money we already approved, but hasn’t yet gone out the door.”

This story and headline have been updated with additional developments Monday. 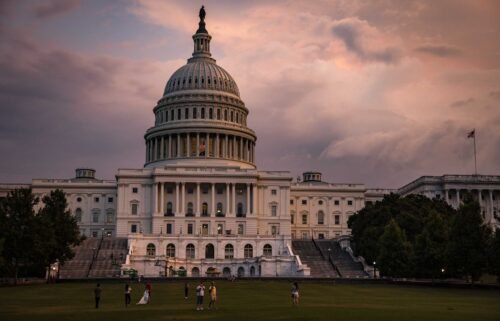 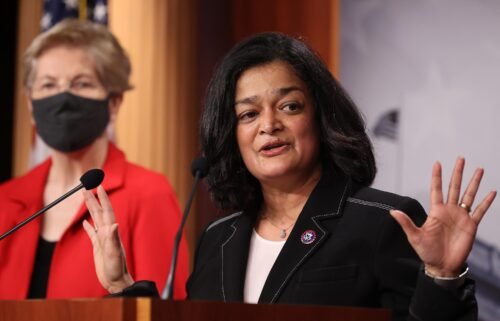 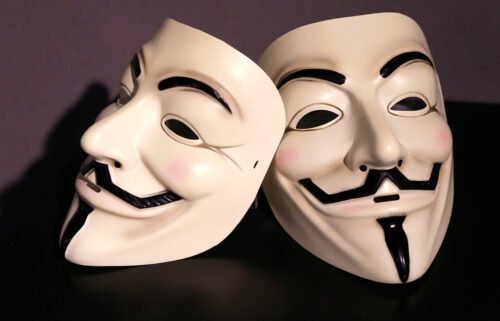