The highest-stakes talks of President Joe Biden’s long career are underway Wednesday in Geneva, where he is joining Russia’s Vladimir Putin for a summit in an encounter set to test his decades of experience on the world stage and lay down an early marker of his diplomatic skills.

Biden and Putin arrived at the summit site on the shores of Lake Geneva in their motorcades shortly after 1 p.m. local time on a hot day in this Swiss city that has previously seen major talks between US and Russian leaders.

The two presidents stood outside the Villa de la Grange with Swiss President Guy Parmelin, who made short remarks welcoming the two leaders. The two Presidents shook hands and then entered the 18th century villa for their first round of meetings.

Depending on its outcome, the meeting could shadow Biden as he returns home to help revive his domestic agenda. He arrived to the villa bolstered by support from western allies he spent the past week consulting ahead of his face-to-face with the Russian President, who arrived in Geneva Wednesday morning ahead of the summit.

In Biden’s telling, those leaders all backed him in his decision to meet Putin now, in the first six months of his presidency, before he’s had a chance to fully formulate a Russia strategy.

“He’s bright, he’s tough, and I’ve found that he is, as they say when I used to play ball, a worthy adversary,” Biden told reporters of Putin on Monday during a news conference at NATO headquarters in Brussels, Belgium, where he solicited advice from fellow leaders with experience dealing with Putin.

Still, skepticism abounds that anything can be accomplished. At its worse, Biden’s summit could provide elevated stature to a leader who appears intent on testing the limits of international norms and the willingness of the West to respond.

Expectations for the summit are also low among American officials, who have said since the encounter was first announced they didn’t think anything concrete would emerge from it.

Instead, Biden is looking to open lines of communication with the notoriously shrewd Putin in the hopes of stalling further deterioration in relations between the United States and Moscow, which Biden said this week had reached a low point.

The French-style Villa la Grange was a hive of activity in anticipation of the most closely watched meeting of Biden’s young presidency. Delegations of Russian and Swiss officials arrived at the site, including Russian Foreign Minister Sergey Lavrov and Parmelin. None responded to shouted questions about their expectations for the summit.

Security is tight, and Russian and American officials are negotiating equal press access to risers for the arrival. The building itself has been spruced up with flowers, flags and a red carpet. Two of the windows are open to let a breeze inside, and most of the pale green shutters are open — except for a room on the upper left-hand side, where all the shutters are closed and white screens are obscuring the glass on the front door.

It’s the kind of scene Biden had been itching for after he grew tired of pandemic-forced virtual meetings and phone calls. Biden wants the benefit of seeing Putin in the flesh. It’s the first time they’ll meet in person since 2011. Biden has recounted during that meeting he told Putin, inches from his face, that he didn’t believe he had a soul (Putin said in an interview this week he doesn’t remember hearing that).

There are some areas Biden thinks he can work in harmony with Putin, including cooperation on nuclear arms, climate change and shared interest in renewing the Iran nuclear deal. And one outcome officials said was possible was an agreement to return their ambassadors back to Washington and Moscow after months with no senior diplomat in place in either country.

But the areas of dispute far outnumber the areas of agreement, and the bulk of the session is expected to focus on the myriad ways Biden believes Russia is violating international rules.

Officials say Biden’s approach, which he’s outlined broadly, will largely mirror his overall tact with Russia up to this point — one defined by careful calibration and intentional balance. There’s no indication, at least publicly, that the approach has led to any shift in Putin’s behavior.

But Biden’s decision to seek areas of opportunity to work together — the two countries agreed on an extension of the New START nuclear arms reduction treaty in the opening weeks after Biden’s inauguration — while also moving to slap sanctions on Russia has outlined the rough model he’ll pursue in the meeting itself, officials say.

Even with the sanctions, Biden made a point of calling Putin in advance to let him know they were coming. That tracks with a deliberate effort Biden has sought to create space for further areas of cooperation as they seek to lay down guardrails for the relationship.

It has plenty of critics — including, two US officials say, within Biden’s own administration. But it also served to lay the groundwork for the critical meeting with Putin himself. And it underscores why Biden, who aides say much prefers face-to-face meetings, decided to move forward with the summit idea in the first place.

Both US and Russian officials said they expected talks to stretch at least five hours. They will be broken up into sections: the first with only the leaders and their respective top diplomats, and a second that expands into delegations of five officials apiece.

Lasting nearly all afternoon, there aren’t plans to share a meal. But breaks will occur, allowing each man to regroup. Both will convene his own news conference afterward, Putin first and then Biden.

Officials are entering the talks with the expectation they could extend well past their allotted time.

Indeed, the first sign of whether Biden thinks his approach may be having an effect may come from the meeting logistics themselves.

A senior administration official noted the intensive negotiations over the structure of the Geneva sit-down included an agreement that there would be flexibility built into day.

“We’ve agreed with the other side that there will be some flexibility just so that the leaders can make determinations about the best way to conduct their business,” the official said.

While officials are coy about where that flexibility may lead — if anywhere at all — a decision by Biden and Putin to meet one-on-one, or break out their advisers into separate sessions, may serve as a signal that areas of potential cooperation can be fleshed out or addressed in a more fulsome manner.

Biden, who has been in intensive preparations for several weeks, planned to dine with his closest foreign policy hands — Secretary of State Antony Blinken and national security adviser Jake Sullivan — on Tuesday night.

When the meeting expands, Sullivan is slated to join Biden, along with veteran diplomat Victoria Nuland, the undersecretary of state for political affairs, and the National Security Council’s top Russia advisers, according to a US official. John Sullivan, the US ambassador to Russia who departed Moscow in April amid raised tensions, is also expected to join.

“I think we’re going to see how the flow goes. This is diplomacy in action,” a senior Biden administration official said. “Get on the ride.”

Russian officials had advocated for a joint press conference, but the Americans were wary of providing a shared platform for what they believe would be attempts by Putin to undermine or even embarrass the US President.

“This is not a contest about who can do better in front of a press conference or try to embarrass each other,” Biden said on Sunday, explaining the decision.

Almost none of the Russia experts Biden consulted ahead of his trip — and there have been dozens — seemed to believe a joint press conference was wise, according to people familiar with the discussions.

Looming over the preparation has been the summit Biden’s predecessor held with Putin in Helsinki, which ended in a joint appearance where former President Trump took Putin’s side on election meddling over US intelligence agencies. 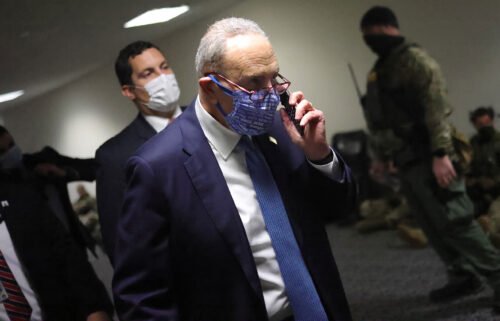 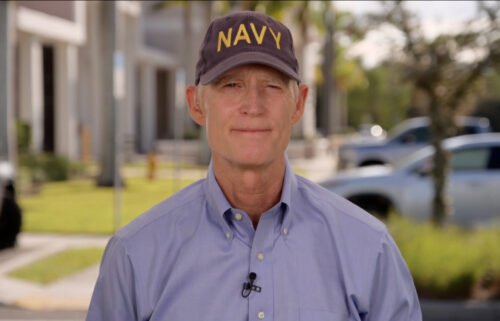