The House voted Tuesday afternoon to block a resolution from Minority Leader Kevin McCarthy to censure Democratic Rep. Maxine Waters following her remarks over the weekend calling for protesters to “get more confrontational” if former Minneapolis police officer Derek Chauvin were acquitted in the killing of George Floyd.

Democrats had an extremely narrow margin to defeat the censure resolution. After working the phones and talking to their members, House Democratic leaders were confident ahead of the vote that they would have enough support to table the resolution, according to a Democratic leadership aide, and, in the end, no House Democrats broke ranks. The vote was 216-210 along party lines with four members not voting.

Following the vote, Waters told CNN, “I love my colleagues, and they love me. I don’t want to do anything to hurt them or hurt their chances for reelection.”

She added, “I will make sure that they are comfortable with my kind of advocacy, so that we can all be sure that we can do the right thing, and I want to be clear about that.”

McCarthy called out Democrats in a tweet following the vote, writing, “Speaker Pelosi, and every other House Democrat, had the opportunity to condemn the violent rhetoric of our colleague Representative Waters.”

“Instead, they condoned it,” he tweeted. “And the House and our justice system are worse off because of it.”

Waters, a California Democrat, on Saturday night had called for protesters to “stay on the street” and “get more confrontational” if Chauvin were acquitted. The comments, coming at a time of simmering national tension amid several high-profile killings of Black people at the hands of police officers, were immediately seized on by Republicans who said Waters was encouraging violence. In a subsequent interview, Waters said she was “nonviolent” and was not encouraging violence but instead asking people to confront the US justice system.

The vote in Washington finished just minutes before the Chauvin verdict was delivered in Minnesota, convicting the former Minneapolis police officer on charges of second-degree unintentional murder, third-degree murder and second-degree manslaughter. In response to the news, Waters told reporters, “Someone said it better than me: I’m not celebrating, I’m relieved.”

“We’ve heard this type of violent rhetoric from Waters before, and the United States Congress must clearly and without reservation reprimand this behavior before more people get hurt,” he said in a statement Monday.

McCarthy, however, has downplayed former President Donald Trump’s role in the January 6 Capitol riot that left several dead and injured more than 100 law enforcement officers. He avoided taking any action to punish GOP Rep. Mo Brooks for his incendiary rhetoric at a rally earlier that day, even though some members of his own conference had wanted to reprimand Brooks and weighed stripping him from committee slots.

“Look, a lot of people have talked about the comments that other people have made and spoken out against it, right now I haven’t heard any Democrat speaking out against what Maxine has said,” Scalise said. “It’s time for Democrats to speak out when they see it on both sides. They only want to speak out on one side of the aisle, not both, and that hypocrisy, I think, is starting to shine through.”

Some Democrats are speaking out against Waters’ comments, including Sen. Joe Manchin of West Virginia, telling CNN, “She should never have said it.”

“Right now is not a good time for that type of rhetoric, it really isn’t,” he added. “Maybe (Waters) just misspoke.”

Pelosi told CNN on Monday that Waters does not need to apologize for her comments. When asked if she believed Waters’ comments incited violence, Pelosi told CNN, “No, absolutely not.”

Hoyer also told CNN that he didn’t think Waters meant violence and “she’s never advocated violence,” adding that the congresswoman is “passionate” and “believes in her issues.”

Waters said her reference to “confrontation” was meant in the context of the civil rights movement’s nonviolent history.

“The whole civil rights movement is confrontation,” she told CNN on Capitol Hill on Monday night.

Asked about GOP efforts to censure her, Waters threw her hands in the air Monday and refused to comment. 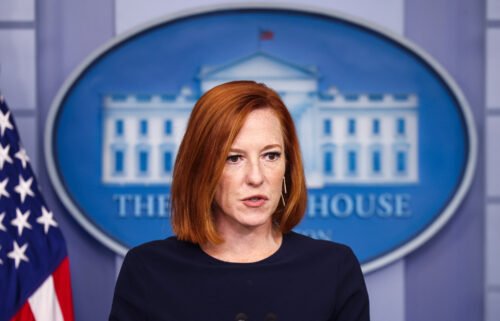 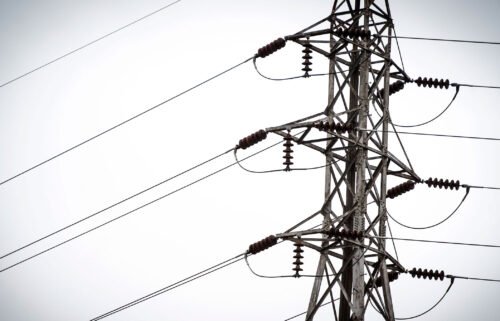 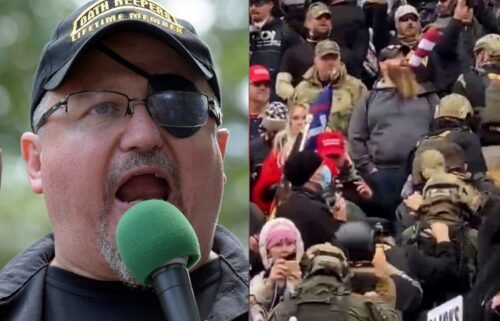 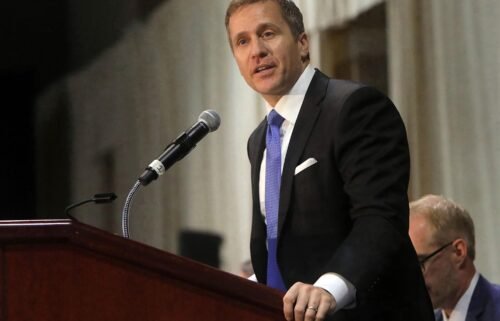