The Arizona Republican Party sent a clear signal Saturday that its leadership remains loyal to former President Donald Trump when it voted to publicly punish Arizona Gov. Doug Ducey, former Sen. Jeff Flake and Cindy McCain, all of whom opposed Trump’s efforts to overturn President Joe Biden’s victory, or in the case of Flake and McCain, endorsed the Democrat before the election.

The decision to censure those three Republicans — in addition to re-electing controversial chairwoman Kelli Ward — solidified the rightward shift of the official party, while also reflecting the deep fractures among Arizona Republicans over the future of the GOP, which suffered bruising defeats at the ballot box in 2020 in this increasingly purple state.

Biden flipped Arizona last fall — the first time a Democrat has carried the state in a presidential election since Bill Clinton won the state in 1996 — and Democrat Mark Kelly defeated Martha McSally in the US Senate race, just two years after McSally lost the state’s other Senate seat to a Democrat.

The three Republicans are being formally censured for what the state party described in its meeting as a variety of “failures.”

The party censured Ducey for imposing emergency rules as Covid-19 gripped Arizona, saying those emergency orders to contain the virus violated the Constitution and amounted to the governor enacting “dictatorial powers.”

McCain, the widow of the late Sen. John McCain, who endorsed Biden during the election, was censured for supporting “leftist causes” and failing to support Trump.

Flake, a CNN contributor, was also condemned for supporting Biden in the election.

“Foolish. It’s foolish,” says Glenn Hamer, former executive director of the Arizona Republican Party. “Parties that want to be successful bring people together and expand the number of people who are attracted to the party. What’s going on with the leadership at the AZ GOP is the exact opposite. It’s self-destructive.”

Kirk Adams, a former state representative and adviser to Ducey, called the actions akin to going down “the rabbit hole of loyalty.”

“What we’re getting is a purity test, and that purity test is simple: are you loyal to Donald Trump no matter what? If you’re not, we’ll censure you.”

Ward appeared publicly unconcerned about any warnings from moderates, as she spoke to the assembled Arizona Republicans at the Dream City Church in Phoenix. The venue was closed to nearly all reporters, except for a few hand-selected outlets.

Ward ended her speech ahead of the member vote for party chairwoman with, “Make America Great Again!” She then introduced a recorded audio message from Trump, where the former President told members, “I give her my complete and total endorsement.”

Ward defeated her challenger by 3 points in two rounds of voting.

Ducey’s political director, Sara Mueller, discounted the power of the state party’s actions, namely on the censure of the sitting governor. “These resolutions are of no consequence whatsoever, and the people behind them have lost whatever little moral authority they may have once had,” said Mueller.

Flake tweeted a picture of himself with McCain and Ducey at Biden’s Inauguration, with the words, “Good company.”

McCain could not be reached for immediate comment, but tweeted: “It is a high honor to be included in a group of Arizonans who have served our state and our nation so well…and who, like my late husband John, have been censured by the AZGOP. I’ll wear this as a badge of honor.”

The late senator was censured in 2014 by the state GOP for what it then described as a liberal record.

The immediate actions would seem to carry little impact on the three Republicans. And there are signs that some Arizona GOP voters may be disgruntled after the US Capitol insurrection. Numbers compiled by the Arizona Secretary of State’s office show that from January 6 through January 20, more than 8,000 Republicans requested to change their party registration from Republican to Independent, Democrat or Libertarian. The Secretary of State’s Office doesn’t explicitly track party changes for reporting purposes, so it’s unclear if these trends are unique to this post-election cycle.

But Adams sees those registration numbers as a blaring siren that Trumpism has wreaked havoc on the future of this increasingly competitive state for the Republican brand.

“A lot of Republicans inside the official AZ GOP apparatus have left their conservative principals behind. They’re now loyal to a single man or personality versus a platform of ideas,” Adams said. “Perhaps this fever will break. But if it doesn’t, it spells bad news for Republicans seeking office in this state.” 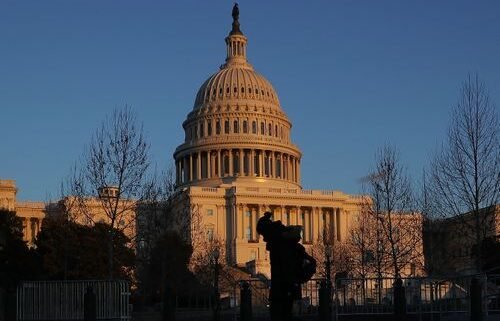