The US Secret Service is renting a small studio apartment in Washington, DC, near the home of Jared Kushner and Ivanka Trump, a source with knowledge of the service’s activities told CNN on Thursday, in order for agents to use the bathroom and have office space.

The apartment was needed to provide a “downtime” facility in the Kalorama neighborhood, the source said. The neighborhood is a popular residential area for dignitaries and diplomats, in addition to the President’s daughter and son-in-law. Former President Barack Obama also has a home in the neighborhood.

The Kushner-Trump home is substantial in size, at 5,000 square feet, and has six bedrooms and seven bathrooms. But, the agents on the family’s protective detail do not enter the home, the source said, though this person neglected to say whether that was at the request of the Kushners or due to Secret Service protocol.

The source notes the rental of the apartment was not only to provide toilet facilities, but also to serve as a downtime break room for agents in the area. There is also office space with Internet and a printer, as well as a kitchen, where agents can refuel after long shifts and during hours where finding open restaurants in the area proves challenging, the source said.

The Washington Post, which first reported on the expenditures, reported that since September 2017, the federal government has rented the space for $3,000 a month, or more than $100,000 to date.

White House spokesman Judd Deere denied that the Kushners did not allow their Secret Service detail to use the bathroom.

“This is just another false narrative. When discussions regarding protecting their home were initially had in 2017, Ivanka and Jared made clear that their home would always be open to the incredible men and women on their detail. It was only after a decision by the USSS was made that their detail sought other accommodations,” Deere said.

“The Kushners have a tremendous amount of respect for the servicemen and women on their detail and for the United States Secret Service as a whole. Their home will always be open to them and they have immense gratitude for their service over the last four years.”

Two law enforcement officials told the Post that the facilities inside the family’s house were designated from the outset as not to be used by the Secret Service agents. One official told the paper that they were unaware of the reason for this rule, while the other told the paper that it was established by Trump and Kushner.

The Post reported that the Secret Service agents’ predicament was unique in the significant extent that it took them to secure a bathroom, with one law enforcement official familiar with the situation telling the Post, “It’s the first time I ever heard of a Secret Service detail having to go to these extremes to find a bathroom.”

The agency spent months trying to secure facilities, including a porta-potty that was removed after neighbors complained, according to the Post.

Then, law enforcement officials told the paper, agents began to use the bathrooms in a garage-turned-command post at Obama’s house used by his security detail. That option came to an end when the Obama detail banned the Trump/Kushner detail after a Secret Service supervisor from the latter “left an unpleasant mess” in that bathroom at a date prior to fall 2017, the paper reported, citing a person briefed on the event.

Agents then began to drive to Vice President Mike Pence’s house at the Naval Observatory about a mile away to use a bathroom there, or used facilities at local restaurants, the law enforcement officials told the Post.

In September 2017, agents reached out to Kay Kendall, who is chairwoman of the DC Commission on the Arts and Humanities, lives in the neighborhood and owns a house across the street from the Trump/Kushner family, she told the Post.

The house has a basement unit with a bathroom, and when she asked its current tenant — former Connecticut Rep. Anthony “Toby” Moffett Jr. — if she could separate it off, he agreed in exchange for reduced rent, Moffett told the Post.

The list of properties leased by the General Services Administration includes a property on the same street as where the Trump/Kushner family resides.

The law enforcement officials told the Post that the agents in the Kushner/Trump detail approved of the studio, with natural light and a bathroom.

“It’s been no big deal,” Moffett told the paper. “They have been very nice to our grandchildren.” 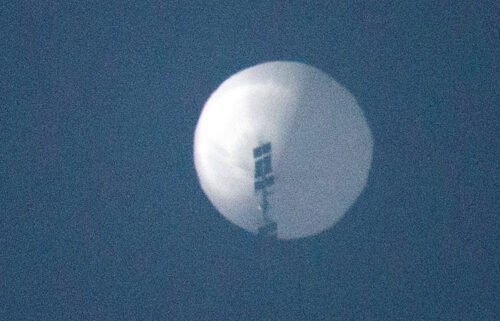