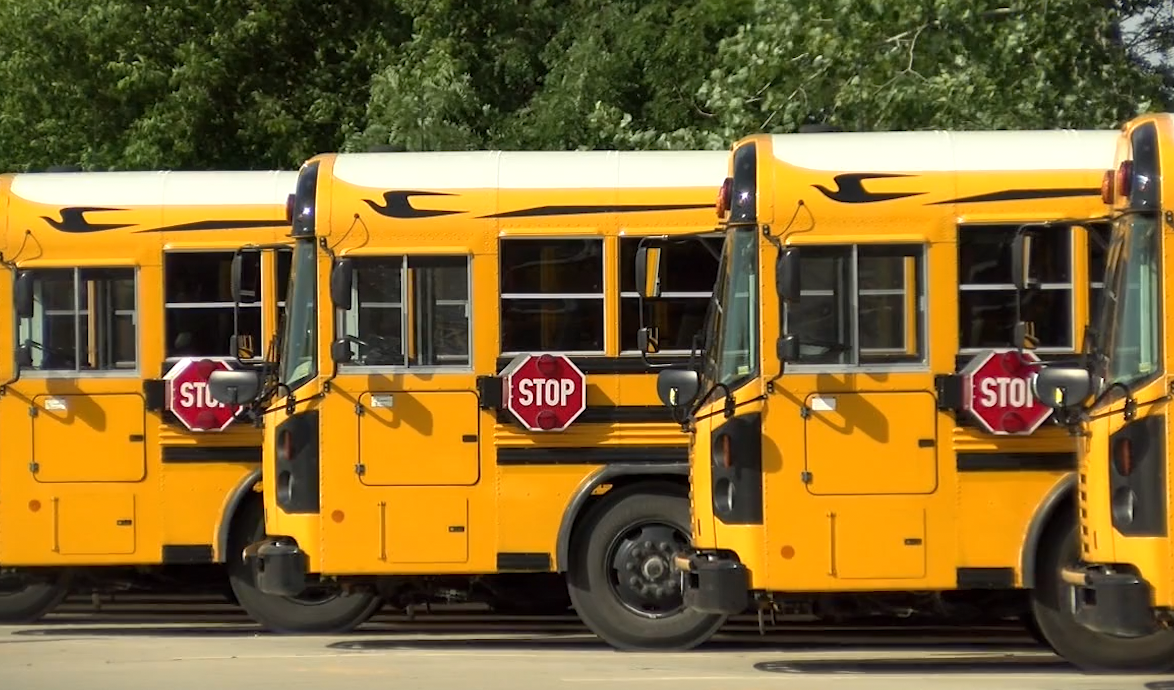 A social media post from the school district said a First Student bus carrying 20 students was rear-ended at a bus stop.

Two people in the van that hit the bus were taken to an area hospital, school officials said. The post did not say how severe the injuries were.

The district said the students were loaded onto a different bus and taken to school.