The Bird scooter company is interested in bringing its services to Jefferson City. The company is requesting an exclusive agreement to provide the ride-sharing service to the city's rights-of-way.

Jefferson City's attorney, Ryan Moehlman, said, "It's an emerging industry and service that people expect in urban areas and so the question is how are we going to regulate how are we going to treat these within the city and that's a decision for the city council to ultimately come up with a solution for."

The city previously had an exclusive agreement with the scooter ride-sharing company Spin scooters in 2019. The city decided to remove the scooters in the winter due to inclement and cold weather conditions.

When the scooters were planned to be brought back to the city in the spring of 2020, Spin decided not to renew the contract with the city due to a lack of ridership. Jefferson City Parks and Recreation Department at that time said the scooters were popular when they first arrived, but riders lost interest after a while.

Moehlman says once the scooter company decided to leave, it left the city without any scooters or the option to bring on another provider because of it's contract.

This was one reason why city council members decided to not sign an exclusive agreement with Bird scooters just yet. Council members voted it was best to keep the playing field open and allow different bike or scooter ride-sharing companies to serve Jefferson City, for now. Officials want to see what other companies and providers have to offer.

Council members also expressed how many complaints they received from frustrated residents because of scooters being left all over the city. Officials want to figure out the best way to prevent this from happening again.

“The thing that we’re looking forward to having that service provided within the city and then figuring out what’s the right way we want to make that available to our citizens," said Moehlman.

Jefferson City residents could see the return of bikes or scooter ride-sharing services, as officials are expected to continue the discussion. The next city council meeting is on May 3. 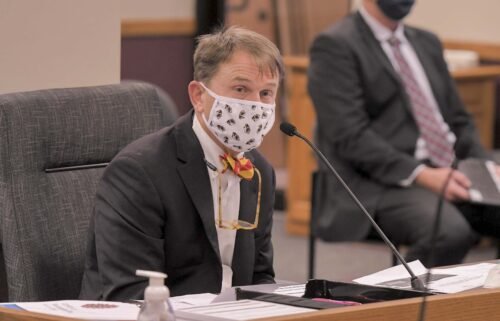