An acquaintance of a woman killed by a Pettis County deputy Saturday says she is suspicious of official accounts of the event.

Hannah R. Fizer, 25, died when she was shot by the deputy during a traffic stop. The deputy told the Missouri State Highway Patrol that Fizer was pulled over for speeding and that she threatened to shoot the deputy.

The patrol found no gun in Fizer's car and the deputy was not wearing a body camera.

Pettis County Sheriff Kevin Bond said Wednesday that there are measures that both police, and the community can take in order to limit these shootings and that cooperation is important during traffic stops.

Franny Heitmeyer, whose older sister was friends with Fizer, said law enforcement officers should have more training and education before being allowed to do the job.

Heitmeyer said Fizer was shy and sweet to anyone she met.

Heitmeyer expressed her doubts about the petite Fizer making anyone fear for their life. She believes the deputy should have used less lethal tactics if there was a threat.

Heitmeyer was critical of the lack of video of the incident.

Bond said his deputies got body cameras in fiscal 2016 but a hard drive failure was too expensive to fix, so they no longer wear them.

EDITOR'S NOTE: An earlier version of this article mistakenly attributed a quote to Fizer instead of Heitmeyer. 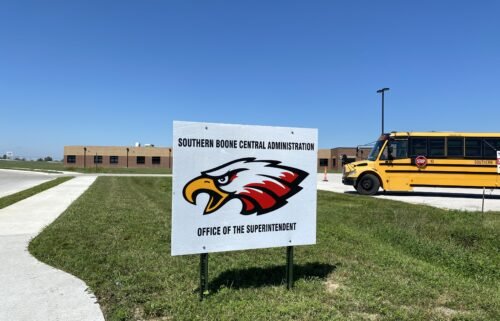