A man in police custody slid headfirst into an interior wall of a transport van in the Connecticut city of New Haven on Father’s Day, video released by the city shows — an incident his family said Tuesday left him partially paralyzed.

Richard “Randy” Cox Jr., 36, suffered a serious injury to his neck and spine while he was in the custody of New Haven police, and the incident is being investigated by the Connecticut State Police, Mayor Justin Elicker has said.

Five New Haven police officers, including the van’s driver, have been placed on administrative leave pending the investigation, Elicker said in a letter shared with New Haven residents on his Twitter account last week.

“What happened to Mr. Cox was just terrible and completely unacceptable … and it will not be tolerated in the New Haven Police Department,” the mayor said in a news conference on Tuesday.

Cox, of New Haven, is in intensive care, his attorney Ben Crump said in a separate news conference Tuesday. Cox’s sister, Latoya Boomer, said her brother has a breathing tube and a feeding tube. He can move his left arm and nod or shake his head, she said Tuesday.

The incident happened June 19, when New Haven police arrested Cox on suspicion of illegally possessing a handgun and other accusations, Elicker wrote. Court documents obtained by CNN show he has been charged with “threatening in the first degree,” a felony charge, among other charges.

While a prisoner van transported Cox to a New Haven police detention facility, an officer who was driving “made a sudden stop to avoid a motor vehicle accident,” and Cox, in the back of the van, was injured, Elicker wrote.

The city released six videos relating to Cox and his arrest, one of which shows Cox — unsecured on the van bench he was on — sliding headfirst into the van’s interior wall behind the vehicle’s cab. Elicker has said the van was not equipped with seat belts.

Some of the released footage also shows several officers pulling him out of the van and putting him in a wheelchair. In the recordings, Cox repeatedly tells officers he cannot move and asks for help, but they keep telling him to sit up or move his legs or give him other directions.

Later, Cox is shown being dragged into a cell, where he is propped up against a bed. As an officer leaves, Cox falls onto the floor and ends up lying flat on his back.

The videos are from officers’ body-worn cameras and a camera that is inside the rear of the police van.

“Randy Cox is lying in that hospital bed paralyzed from his chest down because of the actions and the inactions of the New Haven Police Department,” Crump said.

The officers placed on leave include the van’s driver, three officers at the detention facility, and the facility’s supervisor, Elicker wrote. They are also the subject of a department internal affairs probe, he said.

The New Haven Police Department, when asked by CNN for comment, referred CNN to comments that department members made at previous news conferences.

“Mr. Cox was mistreated. He should have received medical attention immediately,” Assistant Police Chief Karl Jacobson said at Tuesday’s news conference with the mayor. “We can’t defend anything that was released.”

The Connecticut State Police declined CNN’s request for comment, other than to say it could not yet release any records in the case, because it is under investigation.

What the video shows

Footage from inside the van shows Cox enter the rear of the vehicle and he immediately starts throwing his body against the metal side of the vehicle.

The officers do not place him in any type of seatbelt for the ride to the detention center.

He then lies on the floor as soon as the van accelerates and starts kicking the doors of the van repeatedly.

Cox, whose wrists are handcuffed behind his back, gets back on the bench seat that runs along the side of the van. He is sitting for about 10 seconds. According to speed data included on the video, the vehicle is going 36 mph when a horn sounds and Cox slides down the bench and falls on his side, slamming headfirst into the metal wall behind the van’s cab as the speed indicator descends within seconds to 0.

Video from a bodycam worn by the officer driving the van shows him honking multiple times while appearing to slow suddenly.

Cox is heard yelling “help” multiple times and telling the officer he fell over and couldn’t get up.

The officer asks if he’s alright and tells Cox a car had pulled in front of the van and they were nearly hit. When Cox is heard yelling from the back, the officer tells Cox, “I can’t hear you. What’s going on?”

Cox pleads with the officer to stop the van and repeatedly said he can’t move and that he thinks he broke his neck.

After nearly another minute passes as Cox struggles to communicate with the officer, Cox repeats that he broke his neck. The officer responds, “I’m stopping. I’m going to check you out.”

After stopping the van, about 3 and a half minutes after the incident took place, the officer goes to the rear and opens the door.

The officer replies, “I can’t move you. So I have to call an ambulance.”

The officer can then be seen calling dispatch for an ambulance to meet them at the detention center.

About eight and a half minutes after Cox slammed into the interior wall of the van, they arrive at the detention center.

Officers open the door and, as they prepare to enter the van to assist, one officer warns the others, “Just be careful, he was kicking the door, and everything else.”

An officer enters the van to try to get Cox up. The officer takes off the handcuffs and other officers are heard telling him to roll over.

Officers try to move Cox’s legs and Cox tells them they aren’t listening and he can’t move. An officer replies, “You’re not even trying.”

Cox is told to slide out of the van. He can be heard saying, “Look, look, if you gotta drag me, do what you gotta do.”

The officers slide Cox out of the van by his feet and he begins to fall to the ground. Two officers hold him up by the arms while another gets a wheelchair.

An officer then tells Cox he drank too much and to sit up.

The officers put Cox in the wheelchair, and he slides out. Cox says, “I can’t feel sh*t, bro.”

An officer yells at Cox to sit up. Cox is then lifted again and dropped in the wheelchair. Cox starts falling out of the wheelchair again when two officers appear to hold him up.

After Cox is processed at the jail, the video shows him appearing to have slipped partially off the seat of the wheelchair. Officers drag him from the wheelchair, across the floor into a holding cell and then prop him against the bed. As the last officer in the cell walks away, Cox falls on the floor.

Shackles are put on his ankles and the holding cell door is closed.

None of the six videos show an ambulance arriving or Cox being prepared for transport to the hospital.

Elicker, the mayor, wrote that people who are in the custody of the New Haven Police Department should be treated in a dignified, respectful and safe manner.

“I am also concerned that the actions of the officers involved in this incident fell far short of that and do not reflect the high standards to which I know other police officers hold themselves to everyday as they put their lives on the line to protect and serve our residents and to keep us safe,” he wrote.

The president of the New Haven Police Union, Elm City Local, Florencio Cotto, sent a statement to CNN about the incident.

“Due to the nature of the events surrounding the injury sustained during the transportation of an arrested subject, the New Haven Police Union has been inundated with press inquiries from around the country. As the case has become an active criminal investigation, the New Haven Police Union will not be providing any detailed comments at this time. We will, however, be providing legal support and representation to the officers involved in the case. In addition, we will be ensuring that all due process protections are afforded to these same officers,” he said.

At Tuesday’s news conference the mayor announced that transport vehicles will be taken offline as the police department develops new procedures. Until then, prisoners will be transported in police cruisers in which they are required to have seat belts fastened.

In that press conference, Jacobson, the assistant police chief, said that, according to the department’s protocol, people in custody should not be touched if they say they are hurt.

“That is part of the protocol, so we are going to reinforce it. And we’re going to look at every single thing related to detention. Transport. Everything. That’s why we take the vans offline, and we’re transporting in cars,” Jacobson said.

At a community meeting hosted by the NAACP, Jacobson said “this isn’t a proud moment for me or the police department.”

“We’re all disheartened by what happened, and I want justice for Randy as well. We’re going to work hard to make changes,” Jacobson said, in the meeting recorded by CNN affiliate WFSB. “I watched it 20 times to remind me what I have to do with this police department and the changes I have to make because we do have good cops, but somebody’s got to say something.

“So I watched it several times because I don’t want to forget what happened. And I want this community to know that we’re going to do everything possible to get Randy justice and we are praying for his health and recovery.”

Family says the way Cox was treated is ‘a disgrace’

The state’s attorney’s office told CNN it would not release any details about Cox or his arrest.

Cox has been charged with three felonies and two misdemeanors relating to his June 19 arrest. The felonies are threatening in the first degree; criminal possession of a firearm; and carrying a pistol without a permit, according to court documents filed in state superior court.

Boomer, Cox’s sister, called Tuesday for the officers involved to be fired and arrested. Any bystanders who saw what was happening but didn’t speak out should be suspended and retrained, she said.

She said she couldn’t watch all the videos of the incident. “I started watching the videos and the treatment of him was a disgrace,” she said.

Doctors are hopeful but not optimistic about Cox’s medical future, attorneys said.

Attorney Lou Rubano, who also spoke at the news conference, said Cox was “crying tears each time I went to the hospital. While he realized what was going on, he doesn’t understand the full extent of his injuries. But he knows that there’s that potential that he’ll will never walk again.” 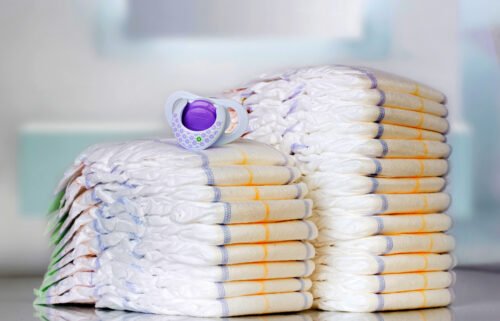