A police officer was killed and two others were injured by gunfire after responding to a burglary call in Lebanon, Pennsylvania, on Thursday.

Police were initially called to the home for a domestic disturbance after the homeowner realized a relative had broken into his home, Graf said. When officers entered the home, they “encountered immediate gunfire” from Travis Shaud, 34, who had “suffered from a year’s long history of mental illness and mental issues,” Graf said.

Officers returned fire and Shaud was pronounced dead on the scene, Graf said.

Shaud had a criminal history showing “domestic assaults, domestic disturbances and a protection from abuse order, as well as a violation,” Graf said. Shaud’s family had attempted to intervene and provide assistance for his mental illness but were met with “utter resistance,” she said.

CNN has attempted to reach out to Shaud’s family but has not yet heard back.

“Every time a police officer responds to a call, he risks his life,” Graf said. “Every single time. He responds knowing that upon entering that scene, upon encountering a suspect he may pay the ultimate sacrifice to protect his community to keep each one of us safe.”

“Our deepest condolences and prayers go to his family, friends, peers and community during this heart-wrenching time,” said Fraternal Order of Police State Lodge President Les Neri on Friday. “The PA FOP also extends our prayers and unending support to Officers Ryan Adams and Derek Underkoffler who were wounded and are in critical care. These three men are heroes among us. Our hearts go out to the Lebanon City Police Department in the days and weeks to come as they begin to heal.”

“This is an extremely difficult moment for everyone,” Capello said.

“It’s clearly a traumatic event. Our guys are strong, but we’re human,” Lebanon Police Chief Todd Breiner said Thursday. “We have families and people were injured today. We’re all affected by this and, with the help of our families and every other law enforcement officer around this country, they’ll get through it.” 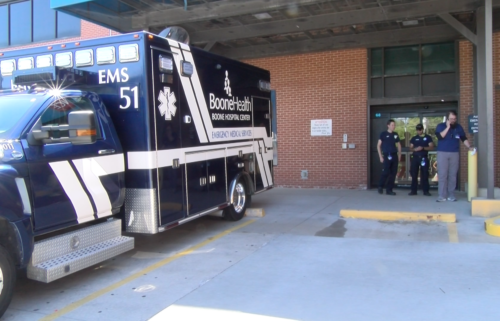