Palestinian Authority President Mahmoud Abbas struck a deep nerve on Tuesday when he said Israel has caused “50 Holocausts” against Palestinians, triggering outrage from world leaders and a social media storm.

“From 1947 to the present day, Israel has committed 50 massacres in Palestinian villages and cities,” Abbas said in Arabic, standing next to German Chancellor Olaf Scholz at a news conference in Berlin. “50 massacres, 50 Holocausts, and until today, and every day there are casualties killed by the Israeli military.”

Abbas had been asked by a journalist if he would apologize for the 1972 Olympics massacre in Munich, when members of the Israeli team were taken hostage by Palestinian gunmen, at the time part of a splinter group of Abbas’ Fatah party, leading to the death of 11 Israeli athletes and coaches, and one West German policeman, following an armed standoff.

This September marks the 50th anniversary of the Munich attack.

Scholz did not immediately react to Abbas on stage, but later tweeted, “I am disgusted by the outrageous remarks made by Palestinian President Mahmoud #Abbas. For us Germans in particular, any relativization of the singularity of the Holocaust is intolerable and unacceptable. I condemn any attempt to deny the crimes of the Holocaust.”

Germany’s ambassador to Israel, Steffen Seibert, tweeted that, “What President #Abbas said in Berlin about “50 holocausts” is wrong and unacceptable. Germany will never stand for any attempt to deny the singular dimension of the crimes of the Holocaust.”

Israeli leaders also widely condemned the remark, with Prime Minister Yair Lapid saying, “Mahmoud Abbas accusing Israel of having committed ’50 Holocausts’ while standing on German soil is not only a moral disgrace, but a monstrous lie.”

“Six million Jews were murdered in the Holocaust, including one and a half million Jewish children. History will never forgive him,” tweeted Lapid.

Global figures also criticized the remarks. The US State Department’s Special Envoy to Monitor and Combat Antisemitism, Ambassador Deborah E. Lipstadt, described them as “unacceptable,” adding that, “Holocaust distortion can have dangerous consequences and fuels antisemitism.”

Abbas’ staff sought to clarify his comments on Wednesday. “President Mahmoud Abbas reaffirms that the Holocaust is the most heinous crime that has occurred in modern human history,” read a statement from his office.

His answer “was not intended to deny the specificity of the Holocaust, which was committed in the last century, and is condemned in the strongest terms,” it added.

“What is meant by the crimes that … Abbas spoke of are the massacres committed against the Palestinian people since the Nakba by Israeli forces, crimes that have not stopped to this day,” the statement concluded. This refers to the establishment of Israel in 1948, called al-Nakba or “the catastrophe” by Palestinians, after more than 700,000 Palestinians were either expelled from or fled their homes during the resulting Arab-Israeli war.

This is not the first time that Abbas has made remarks deemed antisemitic. As a doctoral student in the Soviet Union in the 1980s, Abbas wrote a thesis that alleged a secret relationship between Nazis and early advocates for a Jewish state, according to Reuters. His claims resurfaced as an issue in 2018, when he said that Jews living in Europe had suffered since the 11th century “not because of their religion, [but] it was because of their social profession.”

“So the Jewish issue that had spread against the Jews across Europe was not because of their religion, it was because of usury and banks,” he said during an opening speech at Palestinian National Council (PNC), the de facto parliament for the Palestine Liberation Organization.

Following mass outrage, Abbas later apologized for his comments, saying that he condemned antisemitism and calling the Holocaust the “most heinous crime in history.”

CNN’s Abeer Salman and Amir Tal contributed to this report.

The Syrian government has denied that it “kidnapped” or is “hiding” American citizen Austin Tice, who went missing in the country a decade ago.

Israel and Turkey will restore full diplomatic ties between the two countries, including returning ambassadors and consul generals to their respective posts, Israeli Prime Minister Yair Lapid announced on Wednesday.

As efforts to revive the 2015 Iran nuclear deal continue, a US State Department spokesperson said on Tuesday that it had received Iran’s response to the latest draft of the Vienna Agreement presented by the European Union.

Iran is looking for guarantees that the US will not withdraw from a revived nuclear deal should political disagreements arise with Tehran in the future, Mohammad Marandi, adviser to the Iranian negotiating team and professor at Tehran University, tells CNN’s Becky Anderson.

A painting believed to be by Pablo Picasso and estimated to be worth millions of dollars has been found during a drugs raid in Iraq, according to authorities.

The allegedly stolen artwork was discovered on Saturday in the possession of three people in the Diyala province in central-eastern Iraq, reports the state-run Iraqi News Agency (INA).

The suspects were arrested on suspicion of being involved in the trade and transportation of narcotic drugs, according to the General Directorate for Combating Narcotic Drugs and Psychotropic Substances in the country’s Ministry of Interior.

“A painting belonging to the international painter Picasso was seized in their possession, estimated at millions of dollars,” said Colonel Bilal Sobhi, director of the anti-narcotics media office, in a statement to the INA.

He added: “The drug trade is linked to many crimes, including murder, theft, kidnapping, rape, gang formation, corruption and family disintegration, until it reaches the antiquities trade.”

The raid which led to the discovery of the painting was part of the ministry’s ongoing security operations which began in July.

Details about the painting, its ownership history and how it will be authenticated are yet to be released.

Photo of the day 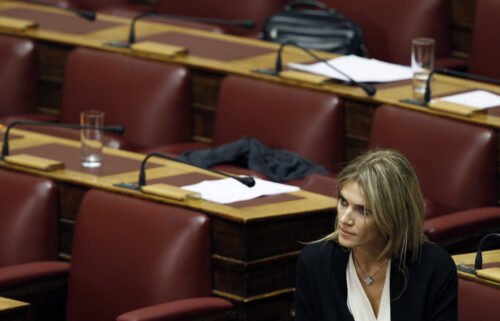 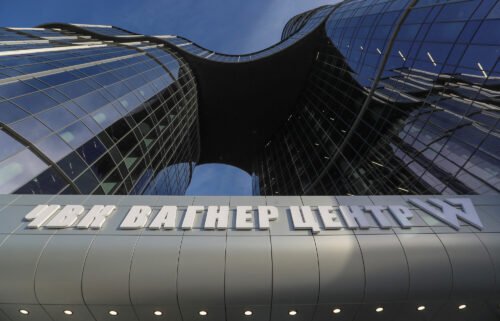