Tucked away down a quiet, leafy street in Peckham, southeast London, is the registered address of a movement seeking to break Nigeria apart.

This suburban spot is the unlikely location for Radio Biafra, a network of internet-based amateur radio stations broadcasting a separatist agenda back to listeners in Nigeria.

Radio Biafra is operated by Nnamdi Kanu, a British citizen leading the calls to revive the former Republic of Biafra through an organization he founded called the Indigenous People of Biafra (IPOB).

The group was banned by the Nigerian government in 2017 and Kanu has been arrested several times on charges of treason and instigating violence.

He was first arrested in October 2015 for treasonable felony, among other charges. He was released on bail in 2017 and fled to the UK.

Before his most recent arrest in Kenya in June, Kanu’s supporters used the Peckham house for Radio Biafra broadcasts, according to Darlington Imoh, who answered the door when CNN visited in August.

He describes himself as the “officer of output for the Biafran campaign.”

The International Crisis Group, an organization working to prevent war, described Radio Biafra in 2015 as “an unlicensed station urging violent struggle to achieve independence for Biafra” with broadcasts that are “highly provocative messages laced with misinformation, hate speech, and anti-Nigeria derision.”

Imoh says all IPOB is calling for is the right to self-determination. He compares it to the devolution votes held in Scotland and Wales in 1997, and more recently, Brexit.

“We want a referendum, which is a civilized thing to ask for, just like Britain had with Europe,” he says.

But analysts say that is very unlikely to happen.

A movement for Biafran independence from Nigeria in the 1960s led to a bloody civil war. In 1966, a coup by army officers mostly from the Igbo tribe toppled the Nigerian government.

Six months later there was another coup, and riots in the mostly Hausa north left thousands of Igbo dead. About a million Igbo, mostly Christian, fled to the country’s southeast district, which unilaterally seceded from Nigeria in 1967 and declared itself Biafra.

The government declared war and more than one million people are estimated to have died in the fighting or of starvation as a result of the conflict.

The war ended in 1970 after Biafran soldiers surrendered and were reintegrated back into Nigeria under its “no victor, no vanquished,” policy.

Now, the agitation for separation is back again and it’s not only the IPOB calling for independence from Nigeria.

Another group, led by Sunday Adeyemo, also known as Sunday Igboho, is calling for the southwest of the country — largely populated with the Yoruba tribe — to break away.

Igboho fled the country in July after a raid by security forces on his home. He was detained in the neighboring country of Benin and is awaiting a hearing for extradition to Nigeria.

What is driving these calls to break apart Africa’s most populous nation? Political experts say Kanu, Igboho and others like them are filling a vacuum left by multiple failures of government.

“The increasing popularity of these calls is a direct consequence of the failures of the Nigerian state, or, more broadly speaking, even of the Nigerian project,” said Adekoya, the University of York associate professor.

“Nigeria is not working for the vast majority of its inhabitants, and the separatists harp on this very strongly,” Adekoya said.

“That’s the reason why this is chiming with a lot of people.”

Alongside the threats posed by terrorism and insecurity, Nigeria faces widescale poverty with one of the largest numbers of people living in extreme poverty.

Nigeria also has a mass unemployment problem — government figures cited by Bloomberg show that 33% of the population was out of work as of January of this year.

With more than 10 million children out of school, Nigeria has one of the world’s highest proportions of children not attending school — a problem exacerbated by rising numbers of school abductions in Nigeria’s northwest, according to UNICEF.

And Adekoya says the country’s endemic corruption only adds to the frustration felt by ordinary Nigerians: “There’s huge corruption in the country … in 60 years of independence, the Nigerian state has not been able to figure out how to provide basic services like steady electricity to its citizenry.”

President Muhammadu Buhari was one of the soldiers who fought on the Nigerian side during the Biafran war and is resolute about keeping the country united.

The former military general has wasted no time in cracking down on the agitations for independence and a Department of State Services spokesperson told CNN in a statement that “Nigeria is indissoluble and indivisible,” adding that they will continue with their methods of “detection and prevention of crimes against the internal security of Nigeria.”

Kanu has been able to tap into a long-standing resentment and marginalization felt by Nigeria’s Igbo tribe, particularly in the aftermath of the Biafran war.

There have been protests and marches in support of Kanu and his most recent arrest has sparked even more outrage from his supporters, who say he was kidnapped and renditioned from Kenya and returned to Nigeria, where he is in detention awaiting a court hearing.

His lawyer Aloy Ejimakor told CNN that he has filed a suit against the Nigerian security forces and government, seeking damages against what he calls Kanu’s unlawful detention.

In response, an aide to the Attorney General and Minister of Justice, told CNN: “The right to institute a judicial action is constitutionally guaranteed one and right to fair hearing of a respondent is equally tolerated constitutionally. The right to determination of the dispute as presented by the contending parties is the exclusive responsibility of the judiciary.”

The British government says it is monitoring the situation and that it has asked Nigeria to explain the circumstances leading to Kanu’s detention.

In addition to his radio network, which his lawyers say also operates in Dubai and New York, Kanu’s sometimes divisive rhetoric and propaganda is often disseminated via social media platforms including Twitter.

Buhari banned Twitter in Nigeria earlier this year, days after the platform deleted a tweet from the President in which he had warned separatists: “Those of us in the fields for 30 months, who went through the war, will treat them in the language they understand.”

Nigeria’s government accused Twitter of double standards for deleting Buhari’s tweet but failing to rein in Kanu’s inflammatory messages on the platform, although one of his own tweets was also deleted.

At the time, citizens were threatened with prosecution for tweeting, but most Nigerians largely ignored the ban and have been using the platform with abandon through virtual private networks that mask their location. The Nigerian government says the ban is likely to be lifted soon, following talks with Twitter.

To keep its message alive, IPOB regularly issues stay-at-home orders, which it calls “days of civil disobedience throughout Biafraland,” in a press release.

The streets in places such as Imo State, Abia, and other parts of the southeast are frequently shown on local media to be deserted, with accusations that IPOB forcefully enforces these orders. An attorney for the group denies the action is enforced.

But Adekoya acknowledges that Buhari faces an uphill battle on the issue of separatism.

“You can sit back and let the separatists gain in popularity — which of course threatens the existence of the Nigerian state — or you can crack down on them,” Adekoya said.

Faced with this dilemma, Nigeria appears to be at an impasse, and Adekoya said the country’s future looks grim ahead of pivotal presidential elections planned for 2023.

“The worst-case scenario … is the country essentially disintegrates, perhaps not into a full-blown civil war, but into a lot of violence,” he said.

Nigeria is betting on stifling the voices of leaders such as Kanu to quash any attempts to break away.

However, Imoh, the Peckham-based IPOB supporter, told CNN the Biafran independence movement would not die — even if Kanu is not around — because “if you kill one general, another general takes his place.” 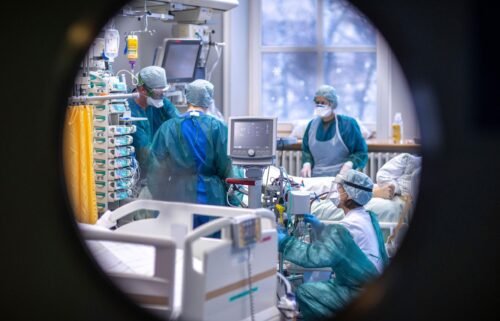 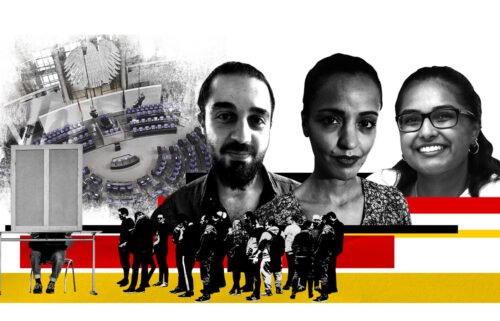