Here is a look at the life of former NFL quarterback Michael Vick.

Vick’s parents were married in the late 1980s/early 1990s, but he kept his mother’s maiden name.

Holds the NFL record for most career rushing yards by a quarterback, with 6,109 yards.

1999 – Is named Big East Conference Offensive Player of the Year.

January 11, 2001 – Announces that he is leaving Virginia Tech and will be eligible for the NFL draft.

April 21, 2001 – Vick is the first overall pick in the first round of the NFL draft, going to the Atlanta Falcons.

July 17, 2007 – Vick and three associates, Purnell Peace, 35, of Virginia Beach, Virginia; Quanis Phillips, 28, of Atlanta, Georgia; and Tony Taylor, 34, of Hampton, Virginia, are indicted in federal court on a conspiracy count alleging they bought and sponsored dogs in animal fighting and traveled across state lines to participate in illegal activity which included gambling.

July 23, 2007 – NFL Commissioner Roger Goodell tells Vick not to report to training camp until the league has reviewed his indictment.

July 26, 2007 – Arraigned in federal court in Richmond, Virginia. Vick pleads not guilty and is released without bond.

August 20, 2007 – Vick’s lead attorney Billy Martin states that Vick has reached an agreement with the federal prosecutors and will plead guilty in court on August 27, 2007.

August 24, 2007 – Submits a guilty plea to the one federal count against him — conspiracy involving illegal dog fighting. In a summary of facts accompanying his plea agreement, Vick admits participating in killing dogs and operating a business enterprise that involved illegal gambling.

August 24, 2007 – Goodell notifies Vick that he is suspended from the National Football League indefinitely, without pay.

August 27, 2007 – In a press conference, Vick apologizes to Goodell, Falcons owner Arthur Blank, Coach Bobby Petrino, and the Atlanta Falcons. He admits he lied to many people because he was ashamed.

September 25, 2007 – A Virginia grand jury indicts Vick and three co-defendants on state dog fighting charges. The grand jury brings two charges against Vick: one count of killing dogs and one of promoting dogfights.

October 4, 2007 – The Atlanta Falcons and the NFL Players Association present arguments before arbitrator and University of Pennsylvania professor Stephen B. Burbank about whether the Falcons deserve a refund for a $22 million bonus paid to Vick in December 2004.

October 9, 2007 – Burbank rules that Vick must repay the Atlanta Falcons $19.9 million dollars. The NFL Players Association says it will appeal.

December 10, 2007 – Vick is sentenced in federal court to 23 months in prison for his role in the dog fighting operation.

June 9, 2008 – Virginia Attorney General Gerald Poindexter announces that state trials for Vick and his three co-defendants will be delayed until the men finish serving their federal sentences, sometime in 2009.

November 25, 2008 – Vick enters a guilty plea to state charges of dog fighting in Sussex, Virginia. Under a plea bargain, the additional charge of cruelty to animals is dropped and he receives a three-year suspended sentence.

March 25, 2009 – The US Dept. of Labor files a complaint against Vick, alleging that he took $1.3 million in pension funds from his MV7 company and used the money for his own benefit.

May 20, 2009 – Vick is released from prison and into home confinement in Virginia.

June 12, 2009 – Vick is released by the Atlanta Falcons. He is now eligible to sign with another team even though he has not been reinstated by Goodell.

July 27, 2009 – Goodell reinstates Vick to the league on a conditional basis.

January 26, 2011 – It is announced that Vick has received his first endorsement since leaving prison, with Unequal Technologies, a maker of football pads.

March 2, 2011 – Signs a one-year franchise tender with the Eagles. Vick stands to receive an estimated $20 million, the average of the top five salaries at his position.

August 29, 2011 – Signs a six-year, $100 million contract with the Eagles, making Vick one of the highest earning players in the NFL.

April 16, 2012 – In a statement, Vick urges the Alabama Legislature to pass a measure imposing stricter penalties for illegal cockfighting.

October 12, 2012 – Vick confirms that his family owns a dog. “Our pet is well cared for and loved as a member of our family.”

March 12, 2013 – Vick cancels several book signings due to “credible threats” against the retailers, the book publisher, Vick and his family.

November 9, 2014 – Becomes the first quarterback in NFL history to reach 6,000 yards in rushing over his career.

August 25, 2015 – Signs a one-year deal with the Pittsburgh Steelers to be their back-up quarterback.

June 12, 2017 – Honored in a retirement ceremony hosted by the Atlanta Falcons.

August 27, 2017 – Fox Sports announces that Vick is joining Fox Sports as an NFL Studio analyst for the 2017 season.

April 25, 2018 – Vick announces he is the offensive coordinator for Atlanta in the Alliance of American Football, a new professional league. According to the AAF, “the Alliance features eight teams, under a single entity structure, playing a 12-week season kicking-off February 9, 2019, on CBS and culminating with the championship game the weekend of April 26-28, 2019.”

February 7, 2019 – Atlanta Legends head coach Kevin Coyle says Vick will not serve as the team’s offensive coordinator, but will remain on the team in an advisory position. The AAF league formally folds two months later.

November 26, 2019 – Despite a petition calling for his removal, Michael Vick is chosen to serve as an NFL Pro Bowl Legends Captain, NFL commissioner Roger Goodell said. Vick will serve alongside co-captains Terrell Davis, Darrell Green and Bruce Smith at the 2020 Pro Bowl on January 26. 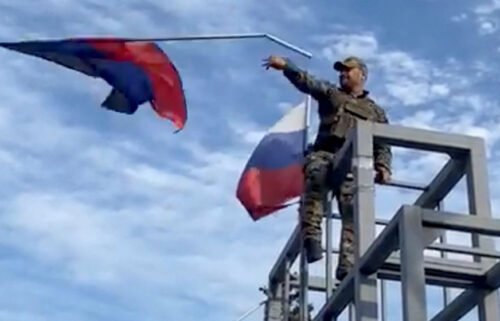 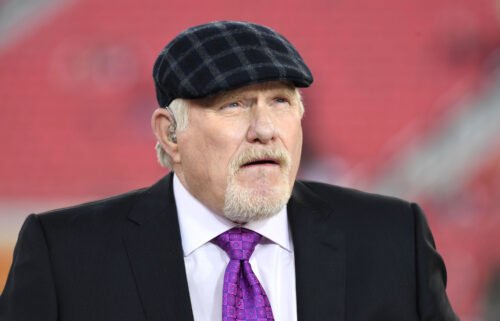