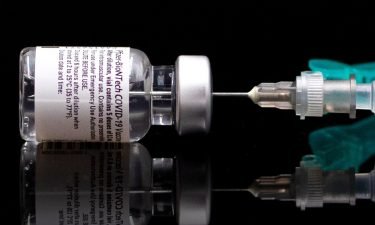 She has delivered dynamic speeches about racial equality and gun control. She’s advocating for youth activism and working to dismantle racism through her family’s organization, the Drum Major Institute. Yolanda is determined to promote her late grandfather the Rev. Martin Luther King Jr.’s philosophy of non-violent protest.

“She was born that way,” King said in an interview with CNN. “She has always had the heart for social justice and she has never let her age, race or gender be a hindrance.”

It makes King’s job as a mother all the more important as she supports her daughter’s ambitions while making sure she understands the fragility of today’s racial climate.

Despite their family’s prominence as descendants of the civil rights icon, Arndrea Waters King said she has been forced to have the same tough conversations with Yolanda that every Black mother is having with their children right now.

They talk about the police killings of Black people, the protests and the racial reckoning that was sparked by George Floyd’s death. They talk about all the demonstrators that have united across the country in the fight for racial equality and the change that has come from that. And they discuss the weight of being Black in a country that still struggles with racism.

A lot of these conversations are happening at the family dinner table.

King, the wife of Martin Luther King III, said it can be frightening for Black children to see videos of people who look like them being killed by police. So she not only encourages Yolanda to be open about her emotions, but to find the silver lining in these tragedies. For example, she tells Yolanda that Black people may be victims of injustice, but there is an entire movement of people rallying for equality. Yolanda, she said, wants to be a part of that movement.

“It’s important as mothers to always try to find, even in the midst of the most painful situation, to try to find something that we can give our kids hope to grab on to,” King said. “We want to prepare our children in a realistic way, but you also want to protect them.”

Yolanda is taking her mother’s advice. The seventh grader said she celebrates the “small wins” including the conviction of Derek Chauvin in Floyd’s death — a verdict that was groundbreaking because police officers are often acquitted in killings of Black people.

“My parents never pressured me,” Yolanda said. “I’ve always had something in me that wanted to create change from a young age.”

King said Yolanda got an early start with activism at the age of 7 when their family visited the White House Oval Office to view a bust of her grandfather. With a little coaching from her mother prior to the visit, Yolanda pressed then-President Barack Obama on what he was going to do about gun control in the United States.

Yolanda would later emerge as a young, energetic civil rights icon when she spoke at the March for Our Lives in 2018 at the age of 9.

“I have a dream that enough is enough,” Yolanda said before a lively crowd. “And that this should be a gun-free world, period.”

Arndrea Waters King and Yolanda have taken the helm of the Drum Major Institute, a social justice organization that was founded by Rev. King in 1961. Yolanda serves as the youth vice president of the organization where she plans to create a database to connect young activists around the world and create tools for them to dismantle systemic racism.

King said she and Yolanda often listen to the Rev. King’s famous speeches together for a reminder of the power of peaceful protest.

“It’s incredibly important to show them (children) how change has been facilitated through non-violent means,” King said. “To show them how we can create a better world and we can eradicate the triple evils of racism, poverty and violence by embracing and standing for peace, justice and equity and to show them ways in which it has been done before.”

Yolanda said her grandfather was “prophetic” and she is inspired by his resilience along with the work of her late grandmother Coretta Scott King who fought for women’s rights and LGBTQ rights.

King said her biggest advice for Black mothers is to prioritize their own mental health as the nation reckons with racism and police violence against Black people.

It’s important for mothers to address their own trauma so they can be a guiding light for their children, she said.

“Find healing so you can be more whole and more present for our children,” King said. “This thing that we are embarking on is a marathon not a sprint.”