VENICE, LOS ANGELES (KABC) — A home in Venice was destroyed and a dog was killed in a fire early Wednesday morning.

While the cause remains under investigation, neighbors are pointing to growing homeless encampments in the area, including one near the home.

The fire was reported at 3:55 a.m. at the one-story bungalow on Clubhouse Avenue. It took 26 firefighters 18 minutes to put out the flames, according to the Los Angeles Fire Department.

Neighbors described the distressing scene and efforts to rescue the dog trapped inside.

“We heard glass breaking and people screaming in the alley,” neighbor Francesca Padilla told ABC7. “I also heard our neighbor’s dog whimpering. We immediately knew something was wrong.”

At least one neighbor used a scooter to try to break down a wall and rescue the dog that could be heard yelping inside, the Venice Current reported. He couldn’t get through and soon the sounds of the dog inside stopped.

Neighbors say there has been a growing presence of homeless encampments in the area. The woman who lives at the home that burned, a doctor who was working at the time, was known to have had several confrontations over the homeless trespassing at her property.

“Anybody who lives in this neighborhood knows this has just been a snowballing situation,” Padilla said. “We’ve been living with a really unsafe encampment in front of our house, right across from an elementary school where my children go.”

A GoFundMe has been started to help the woman who lost her home and dog.

The fire may have been arson. Firefighters told local reporters they think someone threw something over the fence. Residents believe it was payback for recent incidents involving the homeless.

Residents say no resources are provided for those living on the streets, and offers of help are being inexplicably refused.

“Two weeks ago I actually volunteered 20 beds to this very encampment, and I offered it to our councilman’s office and they actually declined and said no,” said neighbor Heidi Roberts, who is also the founder of Haaven Collaborative Housing.

“He hung up on me before he could actually give a reason,” Roberts added.

Councilman Mike Bonin represents the area. Eyewitness News reached out to Bonin’s office, but has not heard back.

Neighbors told ABC7 they have repeatedly complained to the city about the growing encampments, noting that one is on the side of an elementary school. They said the city has offered little help.

“I have email chains, not even from a week ago. Mike Bonin is on it. I warned them, I said this is an escalating situation,” Padilla said. “Something is really wrong in this neighborhood. It’s a public safety and health issue. Something needs to be done before somebody gets hurt. And before anything really tragic happens.”

“Well guess what just happened not even a week later.” 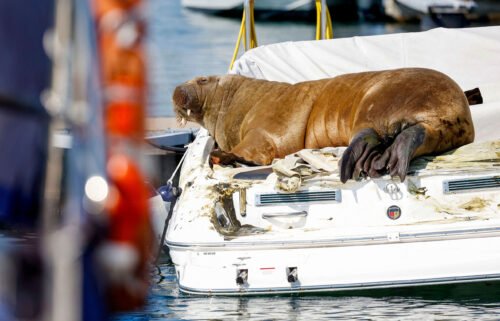 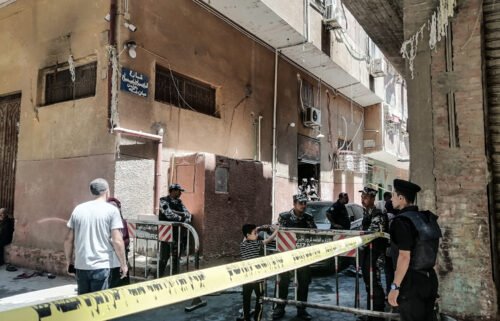