OAKLAND, CA (KPIX) — When Vice President Kamala Harris was sworn in as the first woman of color to ever hold the job she made history and in doing so, she kept her own history close at hand.

When Vice President Harris stepped forward to take the oath of office, it was a moment her long-time friend and political campaign aide Debbie Mesloh will never forget.

“It’s just so momentous!” Mesloh said. “I just keep on playing back when her hand was on the bible, you know? I just can’t see it enough.”

There were actually two bibles — one from the late Supreme Court Justice Thurgood Marshall; the other one owned by Regina Shelton, a woman who cared for Harris and her little sister Maya when their single mother worked late.

Shelton taught the young girls about Frederick Douglass and Harriet Tubman and encouraged them to dream big. Members of the Shelton family were at the ceremony Wednesday. Mesloh, who helped Harris on many of her campaigns, said it was Shelton who inspired Harris to reach political heights.

“That family bible is what she’s sworn in on for every inauguration, every swearing-in that she’s had,” Mesloh said. “And so, I know it was so special for her to have that there.”

“The fact that she was sworn in on Miss Shelton’s bible, this is a community pillar right here in Oakland!” said BART Director Lateefah Simon , who was a struggling single mother when then-San Francisco District Attorney Kamala Harris began mentoring her.

Harris passed the lessons of Miss Shelton forward. Simon says she expects Kamala to be more than just the first “woman Vice President.”

“She is going to transform the office of the Vice President to an office that is not about being a number two or second in command, but about being a global leader,” predicted Simon.

With the Shelton bible in hand, whatever history the Harris makes will come from the history she’s already lived. 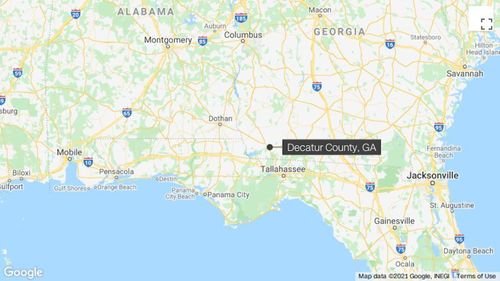