IDAHO FALLS, Idaho (East Idaho News) — An Idaho Falls woman is accused of attacking a man with a knife and shovel.

The Idaho Falls Police Department rushed to apartments on the 1400 block of Whitewater Drive on Wednesday night after hearing Karen Clark, 66, had just used a shovel to attack a man, according to an affidavit of probable cause. Clark is reported to have then driven away in her 2017 Porsche.

Police arrived and found the man with a cut on his face and multiple swollen lumps on his arm. Clark was back at the apartment and officers placed her into handcuffs. She said she did not remember much of the incident other than taking the man’s glasses and holding a shovel to his stomach.

The man had a similar story about Clark grabbing his glasses, scratching him in the process. Clark is then alleged to have pushed the man to the ground. As he got up, Clark reportedly grabbed a butcher knife and said she would “stick it” in him.

The man struck Clark and grabbed the knife from her, at which point she grabbed a shovel, according to court documents. Clark allegedly swung and hit the man in the head and arm.

The day before the alleged attack, Clark was supposed to attend a court hearing on a misdemeanor battery charge from Dec. 27. Court records indicate she did not appear in court.

Clark is scheduled for a preliminary hearing on Jan. 27 in Bonneville County. She was released from jail to pre-trial services.

Although Clark is accused of a crime it does not necessarily mean she committed it. Everyone is presumed innocent until proven guilty. 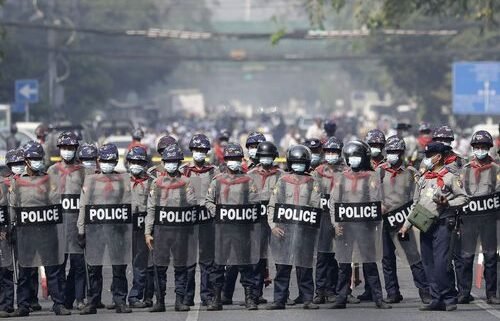