The bill will provide about $500 million more each year to the Missouri Department of Transportation for roads and bridges by increasing the gas tax by 2.5 cents every year for a five-year period.

Watch video of the bill signing in Jefferson City in the player below.

Missouri has the second-lowest gas tax in the country at 17 cents per gallon, just ahead of Alaska. Daniel Mehan with the Missouri Chamber of Commerce said even with the increase in price by 12.5 cents over the next five years, the state would be around the average gas tax of the surrounding states.

The first 2.5-cent increase is slated to take effect in October, which will bring the state's gas tax to 19.5 cents.

"With nearly $1 billion in unfunded transportation needs each year, we can no longer wait for another day or another generation. We must change course and address these problems head-on," Parson said in a release Tuesday. The governor held signings in Kansas City, St. Louis and Cape Girardeau earlier in the day.

Director of MoDOT, Patrick McKenna, said, "Since the last time the gas tax was increased back in 1996, it's been 25 years. During that amount of time, we've lost half of the purchasing power to be able to do the important work out there."

A White House assessment released in April gave the state a C- for infrastructure.

MoDOT will use these funds to help cover the more than $8.25 billion funding gap for high-priority annual transportation needs that have been identified over the next 10 years.

The projects include the Interstate 70 bridge at Rocheport and the I-270 interchange in St. Louis.

The legislation will create a $1.8 billion positive impact on Missouri’s economy, according to estimates, an overall increase of $722 million in earnings across the state and more than 17,000 jobs.

The tax increase, which was approved by the state legislature, has its opponents. State Rep. Sara Walsh, R-Ashland, said the tax will be a burden for poor families and hoped that the decision would be put before voters on the November ballot.

The bill includes a provision for Missourians to get a rebate on any fuel tax increase after the bill is put into law if receipts are saved.

Rep. Becky Ruth, chairman of the house transportation committee, "For those who simply say I don't want to do this, they can get a 100% refund of the new user fee with the fuel tax through a very simple model."

"I think it was a good move by the legislative body to be able to put the rebate in there, but I think the vast majority of going to understand the importance of our highway systems, our airports," Parson said in his statement.

South Carolina has a similar gas tax rebate system. For 2019 returns, the state set aside $65 million for the tax credit, which that year was based on 5 cents per gallon. Just $3.4 million was claimed on income tax returns. 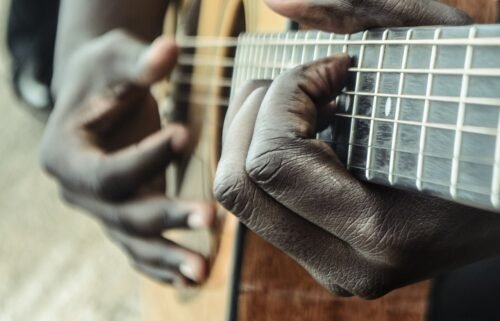