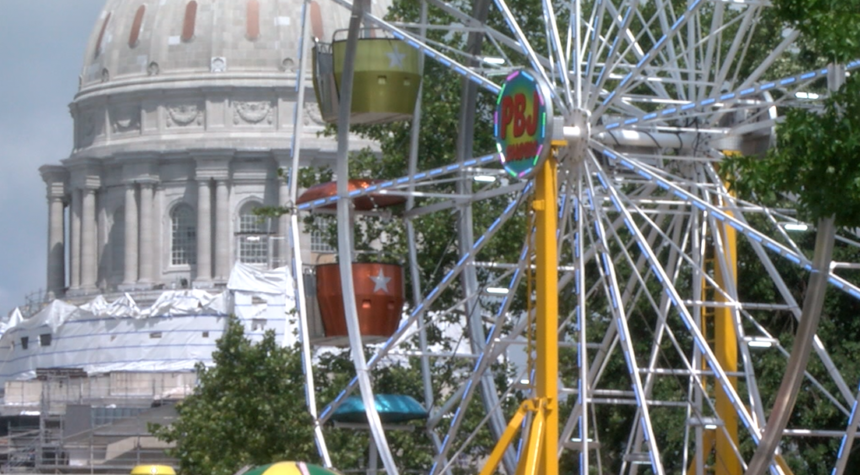 Extra precautions were taken to ensure that social distance guidelines are followed. Signs are posted throughout the event reminding visitors to stay 6 feet apart, every worker has hand sanitizer available and all workers are wearing personal protective gear such as masks and gloves.

Cayla Casper with carnival provider PBJ Happy Day Shows said it's up to those attending to follow the spelled out guidelines for this event. Casper said early Friday afternoon that people appeared to be following those guidelines.

Police presence is also up this year at Salute to America after a large fight last year ended up in six juveniles being detained.

Casper said she's seen multiple police departments out patrolling, from bike police to sheriff's deputies, and has been in contact with law enforcement to put plans in place for emergency situations should they arise.

Capitol police said on Twitter that they will be assisting with Salute to America this year. The department said to expect some streets downtown and near the Capitol to be closed to vehicular traffic.

Police said construction in the area will limit viewing areas for the fireworks show.