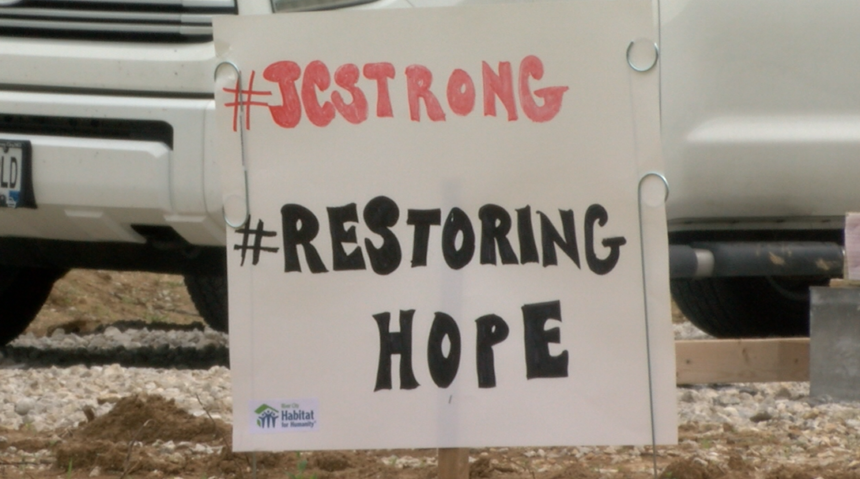 On the one-year anniversary of the tornado that touched down in Jefferson City, the city held a ceremony to celebrate the first wall being put up for a home going to a victim's family.

That home is one of four being constructed in a "blitz build." Those homes will go to families who lost their homes in the May 22, 2019 tornado. All of those properties are on Jackson Street.

More than 150 buildings in the city were damaged in the tornado, which hit shortly before midnight. No one was killed in the EF-3 storm. Insurance claims have reached more than $150 million.

One volunteer said they've been calling this project "The Road to Recovery on Jackson Street."

The recovery process however, has been slower than expected. COVID-19 has caused issues for the rebuilding process, affecting everything from volunteer work to celebrations.

Ann Bax, president of United Way of Central Missouri, said that originally the idea was to begin work on that home Friday. The charity even had crews ready on standby to do so.

She also had high hopes for the one-year anniversary of the storm Friday. Jefferson City native Lt. Gov. Mike Kehoe was originally scheduled to pass out pancakes to attendees.

Bax said she was forced to move to plan B but is still happy with the progress that has been made.

She is now optimistic that crews will begin to work on these homes July 1.