The Jefferson City Housing Authority started negotiations with a redeveloper for Ivy Terrace.

The building is located at 500 E. Capitol Ave.

The renovations are part of the East Capitol Avenue Urban Renewal Plan. The plan is in its second phase which includes renovating seven homes.

Housing officials determined the area to be "blighted" which means there are a high number of unfit and unsanitary homes in the community with a high crime rate.

According to official documents, once a contract has been finalized, the name of the developer will be announced.

Multiple developers toured and inspected blighted properties around the city in January. The housing authority said some have also submitted proposals.

"Well people have really been excited about Ivy Terrace for a number of years and everybody in the community has expressed a great desire to preserve it and so when we put it out for bids, when the bids were due in January we were very shocked to get no bids at all," said Cynthia Quetsch, the executive director for the Housing Authority of Jefferson City. "We received some bids this month and at the February board meeting the board looked at it, selected a proposal and we're negotiating with those people."

Proposals are also being accepted for the redevelopment of the property at 101 Jackson St.

Steve Veile, a former president of the Historic City of Jefferson, says he's glad to see upgrades being done.

"I credit the Mayor, the city council and the housing authority for grabbing the bull by the horns and trying to make the best of East Capitol, it's happening and we're very excited about that." 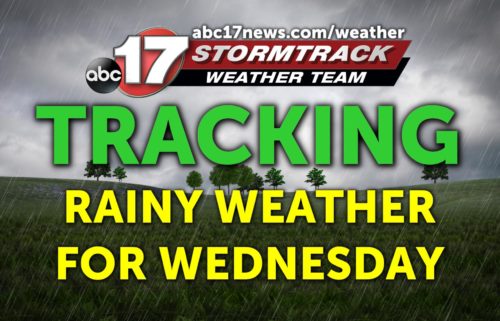