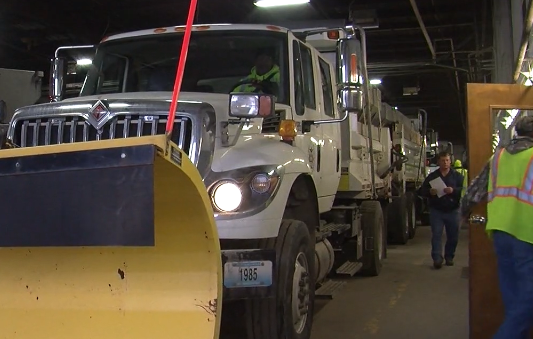 Columbia, Jefferson City and the Missouri Department of Transportation have road crews on standby ahead of snow possibly affecting the Wednesday morning commute.

Pulley said workers are treating roads and monitoring driving conditions between Tuesday night and Wednesday morning. The crews will be focussing on high-traffic roadways.

"We're going into another winter event and drivers are getting tired of these conditions, but people need to be safe before heading out the door tomorrow," Pulley said.

"We don't believe the predicted storm warrants putting hundreds of pounds of salt on the ground, we don't want to waste resources," Smith said.

Crews are on standby overnight on Tuesday. Smith said Public Works will monitor driving conditions and make a call to bring in crews if necessary.

The Stormtrack weather team issued a Weather Alert Day for accumulating snowfall starting late Tuesday night. It's expected to start snowing around the Lake of the Ozarks around 1 a.m. and pushing into Jefferson City by 3 a.m.

This is a developing story, watch ABC 17 News at 5 for Chief meteorologist Jessica Quick's latest timing of the storm.