What do you need for a meaningful life? Even as 2020 strained communities around the world, it offered some object lessons in living well.

In the widespread nostalgia for pre-pandemic gatherings and rituals, we saw just how much we depend on other people. When medical and other frontline workers risked their own health to support entire communities, the world watched the everyday impact of lives dedicated to service.

“There are so many things that we are going to learn from 2020,” said Emiliana R. Simon-Thomas, science director of the University of California, Berkeley’s Greater Good Science Center. “We’ve really had a coming to terms with how important our collective experiences are to health and well-being.”

And even as they, like the rest of us, coped with an ongoing pandemic, researchers studying the science of well-being uncovered key insights into what makes life meaningful. The findings include the benefits of empathy, gratitude and cooperation, with ideas for increasing happiness in your own life — or even in your country.

Simon-Thomas joined a team from the GGSC in December to select the 10 research findings from 2020 that shed light on the good life, and offer a positive road map for weathering the months and years to come. Here’s what the team found.

Scientists already know that empathy is both a personality trait and a learned behavior. That’s great, because it means that you can increase your empathy no matter your disposition. In turn, that can help forge stronger, more supportive relationships.

Being empathetic is about more than skill building, though. Your motivation to be empathetic matters, too, according to two studies published this year, one by Harvard University researchers and another from the University of Toronto.

Participants in the Harvard University study wrote letters describing the importance of empathy. Researchers speculated that it might boost the participants’ motivation to be empathetic, and the strategy worked: A few months later, those same participants demonstrated more empathetic behavior.

Do it: Try the study on yourself. Write down the benefits of empathy in a journal entry, detailing why you think it’s a valuable trait. It’s a solid way to recharge your empathy after a difficult year.

It’s a strong correlation. Social justice was second only to social capital — that’s how researchers refer to our complex networks of relationships — when it came to predicting each country’s happiness.

Why? One of the study’s authors, Isaac Prilleltensky, dean of education and human development at the Unviersity of Miami, has argued that a society’s commitment to social justice shows individual citizens that they are valued by their broader community. That, in turn, leads to greater happiness.

Do it: Want a happier community? Advocate for poverty reduction, education, health equity, labor market access and intergenerational justice where you live. Those are the metrics used for the EU Social Justice Index that researchers linked to each country’s life satisfaction.

3. Pick up the phone and call

Researchers studying the science of well-being agree that human connection is key. But in a pandemic, what really works?

Your voice, it turns out. Phone calls and video calls create stronger social bonds than email or text, found researcher Amit Kumar, an assistant professor of marketing at University of Texas at Austin’s McCombs School of Business, in a recent study published by the Journal of Experimental Psychology.

Worried that calling will be awkward? You’re not the only one to think so.

Many study participants overestimated the awkwardness of voice calls, while underestimating the benefits. That may be one reason some avoid calling altogether, a misunderstanding with real consequences for well-being.

Do it: Instead of tapping out a text or email, choose a video or voice call instead.

4. Reap the benefits of cooperation

Are kids naturally cooperative? Children showed more self-control when working toward a collective goal than an individual one, according to a 2020 study published by the journal Psychological Science.

For the study, hundreds of small children tested their will by trying not to eat a cookie. If they could wait it out for long enough, they’d get a second cookie as a reward.

Here’s the twist: In some versions of the test, the kids worked in teams. Together, they did better, earning more cookies for all.

Do it: This study targets kids, but adults can benefit from cooperation, too. If you have a 2021 goal or resolution, consider asking a friend to join you; as a team, you might find even greater success.

There is more than one way to live well. Typically, researchers focus on two important metrics for evaluating the good life. One is pleasure; the other is all about deeper meaning.

In a 2020 paper, however, Shigehiro Oishi, a professor of psychology at the University of Virginia, proposed a new dimension for understanding a life well lived: psychological richness. That term underscores the value of variety, interest and novelty.

A life of psychological richness is full of diverse experiences and discovery, offering challenges that stimulate your mind. It might not always be easy — but it will be interesting.

Do it: Seek out experiences likely to shift your perspective. Try taking up a new hobby, for example, or exposing yourself to a foreign culture.

Saying “thank you” can make the world a better place. How? It’s what researchers call the witnessing effect, where seeing a behavior can change the actions of onlookers.

After watching expressions of gratitude, participants in one study were more likely to be helpful, open and friendly. Kindness can create a similar outcome, found another study.

Do it: If you need some motivation to be kind — or to say “thank you” more — remember that the benefits don’t stop with you. You have the power to change your community’s behavior, too.

Research shows that extroverts have it pretty good. The personality trait, which tends to go along with highly social behavior, is correlated with increased happiness.

But that doesn’t mean the benefits of extroversion are off-limits for introverts. Just acting like an extrovert for a week correlated with increased well-being for participants in a study published by neuropsychologist Seth Margolis, an assistant professor of psychiatry and human behavior at Brown University.

Do it: Stage your own experiment. Even if you’re a lifelong introvert, spend one week channeling extroverted behavior by seeking out (pandemic-safe) social situations and increasing interaction with others.

How can you convince people to wear a mask, practice social distancing and take other measures to reduce the spread of Covid-19? It’s not public shaming.

In fact, people are more likely to comply with messages emphasizing the importance of caring for others, found Jillian Jordan, assistant professor of business administration at Harvard Univeristy. That finding echoes another study from the University of Zurich, which argued that “a large majority of people are very reluctant to put others at risk for their personal benefit.”

That’s great news as the world continues to cope with the ongoing pandemic.

Do it: If someone in your life isn’t doing their part to reduce the spread of Covid-19, don’t attempt to shame them into changing their ways. Try to appeal to their altruism.

9. Create a more equal world by examining your beliefs

What’s the root of inequality? How you answer the question might influence your behavior.

If you believe that widespread poverty is the result of life circumstances — rather than laziness or personality — you’re more likely to support egalitarian policies, found one 2020 study.

Not only that, both beliefs and behavior can change. The same researchers went on to show that inviting study participants to reflect on the root causes of poverty made them more likely to donate money to a campaign supporting a higher minimum wage.

Do it: Take a pause next time you find yourself judging someone facing difficult circumstances. You might be making some incorrect assumptions about the underlying reasons for the situation they’re facing.

10. Surround yourself with diversity and watch stereotypes fade

Nothings banishes stereotypes like real-world experience, found a 2020 study that compared regions’ ethnic diversity with the prevalence of stereotypes. The authors call it a “diversity paradox.”

It turns out that when we cross racial, cultural and ethnic lines more often, we notice how similar we are to those around us, instead of focusing on the small differences.

Do it: You could move to an ethnically diverse place — the study authors used South Africa and Hawaii as prime examples.

Short of that? Seek out situations where you’ll rub shoulders with people who are different from you, with a focus on reducing your own tendency to use stereotypes. 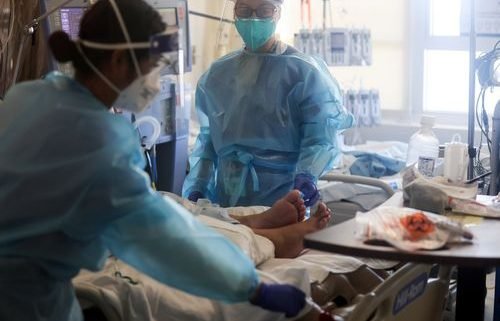 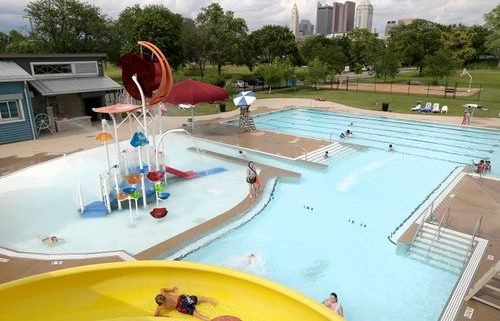