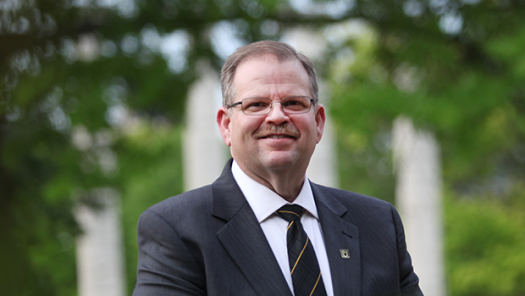 University of Missouri Chancellor Alexander Cartwright has applied to take the top job at the University of Central Florida.

UCF, located in Orlando, said in a tweet Wednesday morning that Cartwright had entered his name into the search for a new president. He began as chancellor at MU in August 2017.

Since then Cartwright has been part of major changes at MU, including large-scale restructuring to devote more resources to research and hiring quality faculty.

UCF's campus media reported Cartwright had entered the race as the "mystery candidate" just 48 hours before school leaders are set to make their decision. A professor reportedly started a petition to stop the decision, citing the rushed timeline and Cartwright's late entry.

"Over the last three years, we’ve established a talented leadership team at the University of Missouri-Columbia," UM System President Mun Choi said in a statement. " I’m confident that the administrators, faculty, staff, students, alumni and supporters at Mizzou, will continue the exciting and innovative trajectory at our AAU institution."