Columbia Public Schools officials and board members will meet Tuesday to discuss the district's plans to bring students and faculty back following recommendations for a delayed start date.

CPS Superintendent Peter Stiepleman said Monday that the board is considering pushing the district's start date to after Labor Day.

For now, Columbia Public Schools is set to return on Aug. 25.

"I know that people are depending on us to say our start date, but, again, things as Dr. Stiepleman has said, are changing moment by moment,” said Della Streaty-Wilhoit, a member of the school board.

Watch the meeting live in the player below starting at 4:30 p.m.

Local parent and teacher groups have voiced their concerns with the current start date as the state and Boone County experience a summer surge in COVID-19 cases.

The district discussed a variety of options for fall re-entry, including waiting until the county's positivity rate is below 5 percent.

The Boone County Health Department said the county is currently hovering around a 9 percent positivity rate.

The health department's director, Dr. Stephanie Browning, added that people should not just be looking at the case numbers.

"We want to look at what's happening in the community," she said. "So say we see a sudden spike in cases in a 14-day period, well, what if we had outbreaks in nursing homes that really drove up our numbers?"

“Even though the University of Missouri is starting classes on the 25th or so, students are beginning to come back for move-in week on the 12th," said Dr. Browning.

She added that the department would like up to three weeks to assess the impact of college students returning and starting on Labor Day would make that a tight deadline.

In June, the district sent parents and faculty a plan for re-entry in the fall.

The plan included a choice of either online or in-person education for all families, limits to class sizes, social distancing and requiring masks on campuses.

The district said in June that it recognizes the risks that come with face-to-face learning but also sees the benefits of having students in classrooms rather than online.

There was no decision made at Tuesday's meeting. The school board said they are going to take their time, as things continue to change daily.

Check back for updates to this developing story or watch ABC 17 News at 9 and 10. 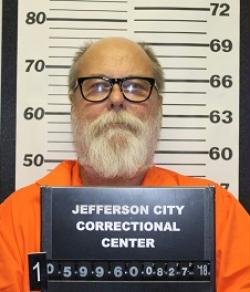